Sims in The Sims 4 all speak one language – Simlish. However, what if there were different language branches within the Simlish universe?

Over the last few years we’ve gotten packs for The Sims 4 that explored numerous cultures. Now, with the Language Barriers mod you’ll be able to have different Languages within the game for different cultures that have been introduced through some of the previous packs!

Within the Language Barriers Mod there are six different languages your Sims can learn: Komorebigo (Snowy Escape), Selvadoradian (Jungle Adventure), Simlish, Sixami (Get to Work), Sulani (Island Paradise) and Windenburgish (Get Together). Sims who live natively in one of the worlds from these packs will automatically have a proper language assigned to them – for example Sims from Mt. Komorebi automatically getting the Komorebigo language skill. However, if other Sims want to communicate with such Sims fluently they’ll have to get to work and learn all about the language of the Sim they want to speak with.

There are many ways Sims can learn languages including reading a textbook, using the “Simlingo” app and interacting with other Sims who speak the language.

This great Mod is fully functional with the latest Sims 4 Update and pack and will provide great depth to social interactions! You can learn more about the mod, along with the download link listed below:

A world where everyone speaks the same language is unrealistic. This mod adds new languages to the Sims universe, which introduces a unique challenge to the game. 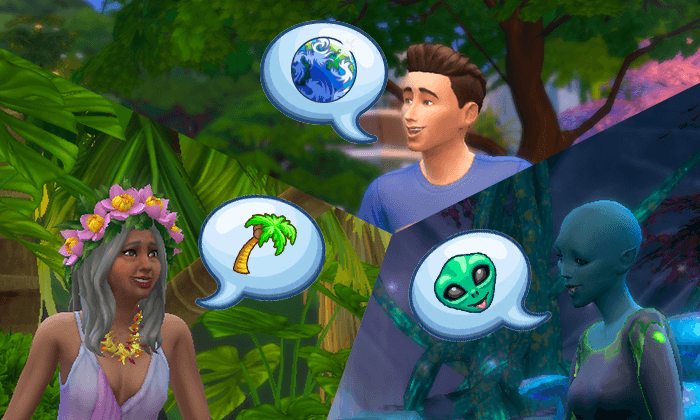