The Sims Team has surprised us a day early with the long-awaited skin tones and makeup update! Today’s update brings over 100 new skin tones and an opacity slider for most makeup in the game! 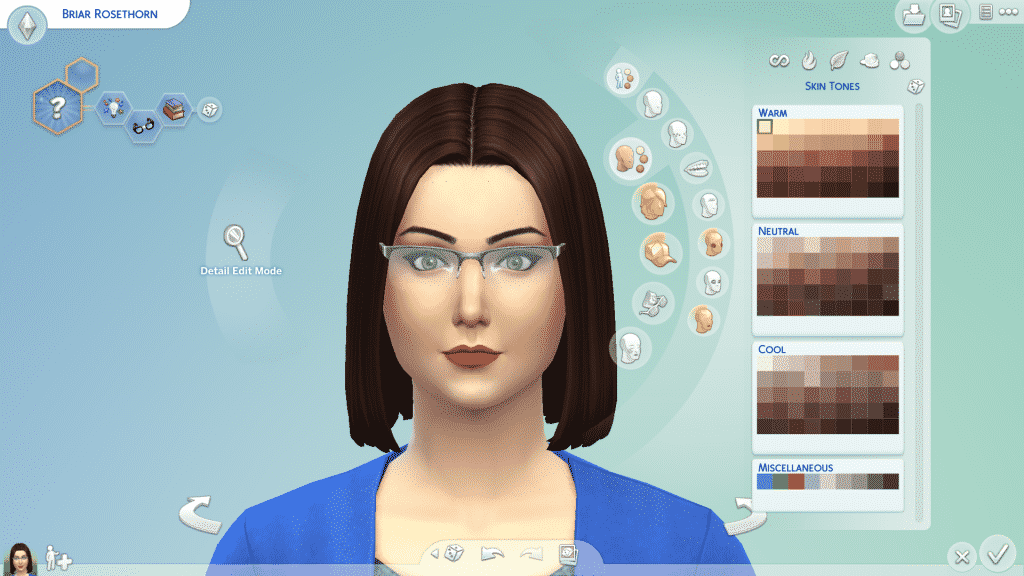 There is now a new category dedicated to skin tones in Create-A-Sim. In the skin tones category, there are a total of 144 skin tones to choose from, broken up into 4 categories; Warm, Neutral, Cool, and Miscellaneous. The Miscellaneous section contains all the occult skin tones. 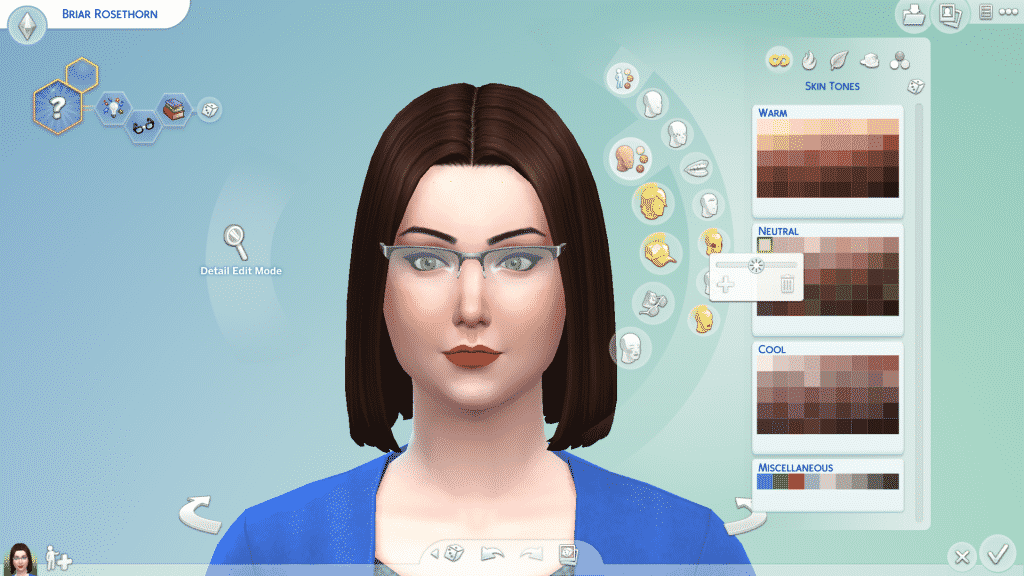 But that’s not all! Each of the 144 skin tones has a light to dark slider so you can further customize your Sim’s skin to your exact desired shade. When you find a customized skin tone you like and want to use again in the future, just hit the plus sign to save it! No need to struggle to remember your exact customization settings every time you open CAS. Saved skin tones that you no longer want can also be deleted by hitting the trash can icon.

With the addition of the new skin tones and the added customization, makeup has also seen a feature overhaul. Not only can you change the hue and opacity of individual shades, but you can also change the saturation and brightness for them as well.

However, as you explore the new customization features, you will find that some options will not be available and will be greyed out, preventing any changes. We’ve detailed these below. 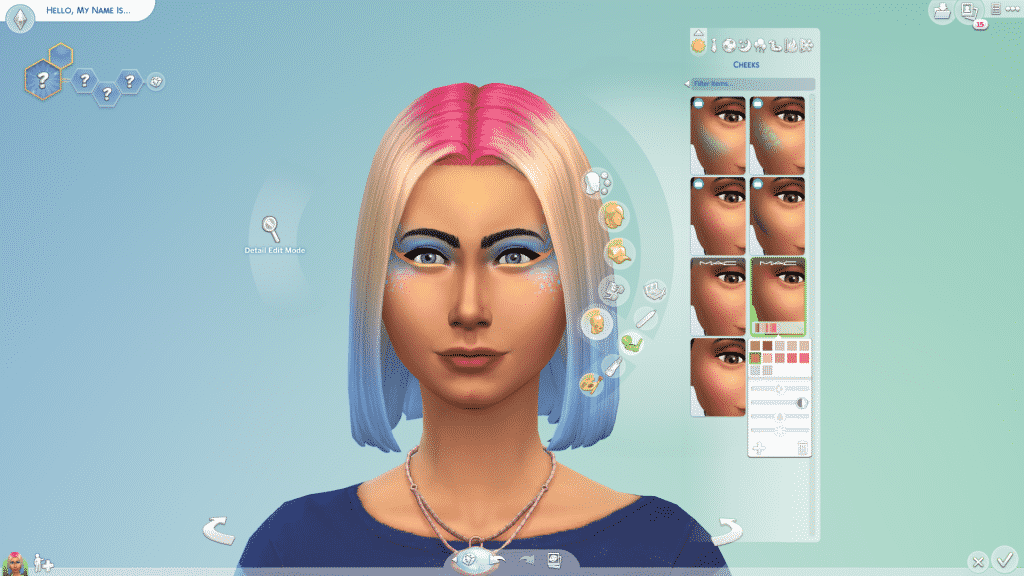 In the spirit of inclusivity, three more African-inspired hairstyles have been updated! There are now two variations of the braided ponytail for female children and an adult male hairstyle has received a more subtle update.

The skin tones and hair aren’t the only things to receive a face lift! The main menu has seen yet another makeover. The new design is much cleaner and doesn’t try to cram as much stuff onto one page anymore. Packs now have their own section in a tab at the top, so no more being taunted by those greyed out icons every time you open your game! If you are actively looking for new packs to purchase, you can see a more detailed overview of each pack in the Packs tab, including the box art. You can also organize your packs by expansions, game packs, stuff packs, free stuff, and packs that you own.

In addition to these new features, today’s update also brings plenty of bug fixes and small gameplay tweaks. For a full rundown of all the fixes and tweaks, check out the official patch notes here!