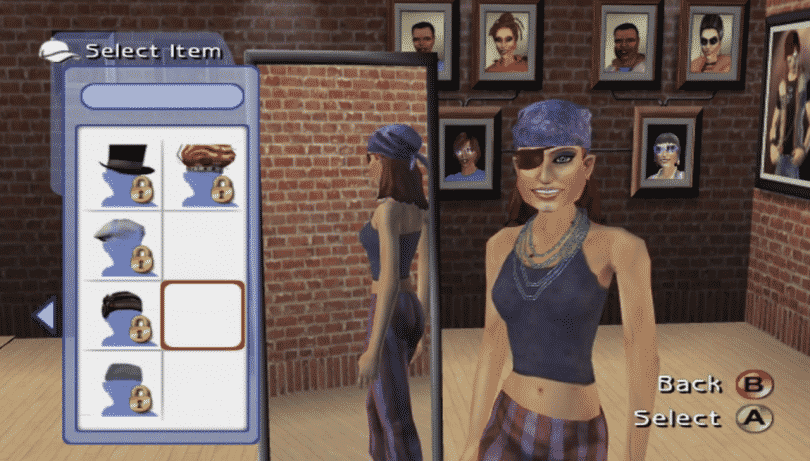 The Sims 2 was released back in 2004 and even now it remains hugely popular. Not only did we have the PC version of the game, we also had a number of console versions of The Sims 2. Spanning across PlayStation 2, Nintendo GameCube and Xbox as well as the Nintendo DS, Game Boy Advance, Sony PSP and even some Mobile ports, there was plenty of opportunities to experience The Sims 2 in some way.

The console games were released in late 2005 and while many aspects of the PC version of the game could be seen in the console versions, there were some differences. The home consoles contained a story mode as well as a free play mode, whereas the handheld versions of the game had their very own storylines instead.

Now, I’ve been taking a little trip down memory lane recently, and I’ve been adding some of the older The Sims console games to my collection. I’ve played a few of them in the past here and there, but it was so long ago that I don’t really remember too much about them, so now was the perfect time to play through them again.

I picked up The Sims 2 for Xbox from eBay for around £4 before postage, which wasn’t too bad. The disc itself was fully tested beforehand and in brilliant condition. As soon as it arrived, it popped it into my Xbox 360 and jumped into the game.

First things first, I needed to create a character. After the game selected two random Sims to create my Sim I was able to change her looks and style up to something that suited her a little more. Scrolling through the different sections of Create A Sim made me realize just how different yet in depth it was for The Sims 2. Being able to choose a top but then customize it further with different cuts, sleeves and collars compared to just its swatches was slightly mind-blowing for a moment as I had forgotten that there was so much more when it came to customization.

The whole Create A Sim process, even for the game on console, just blew me away. I honestly don’t remember it being this in depth at all!

Now that I had my Sim ready to go, my first port of call was to visit our home for the first time and meet our roommates.

The first thing that threw me off was being able to directly move my character around freely, but after a few minutes I was okay with the controls. You can swap and have the Classic Controls where you can queue the actions like you would normally in The Sims as well if you want. For now, I’ve kept it with being able to freely move around as it’s more fun, although I do keep running into the odd door or two here and there.

As I had just started out in the game, I followed through the prompts the game was giving me and started to learn the different controls for each of the menus. It was pretty straight forward and easy to remember how to access the different menus for Wants & Fears, Needs, Skills and even into the main menu to access the build/buy mode and a few other sub-menus that I’m yet to explore. Interacting with my roommates was easy, even if my Sim did slap one of them.

It feels strange to be playing an Xbox game that is nearly sixteen years old in twenty-twenty one, but at the same time it isn’t. It felt nostalgic revisiting this game on console, and I’m excited to see how the story mode plays out. It’s still too early to guess what could happen next, but for now it will be learning the basics and working on the relationships with my roommates.

Would you like to see us share more of The Sims 2 on Xbox? Let us know in the comments below!