For players who own the Cottage Living expansion pack, the iconic Agnes Crumplebottom makes a triumphant return to The Sims series and introduces her cousin, Agatha Crumplebottom.

Both Agnes and Agatha are coded into the game as “special” NPCs. Not only do they fulfill a basic role to run the garden shop stall in Finchwick, but they’re also connected to numerous side-missions in the game that require the player to run various errands around town for them in order to earn rewards and learn more about their history and the town. Agnes also has a special NPC interaction that prompts her to hit people with her handbag whenever she sees Sims being romantic in public. 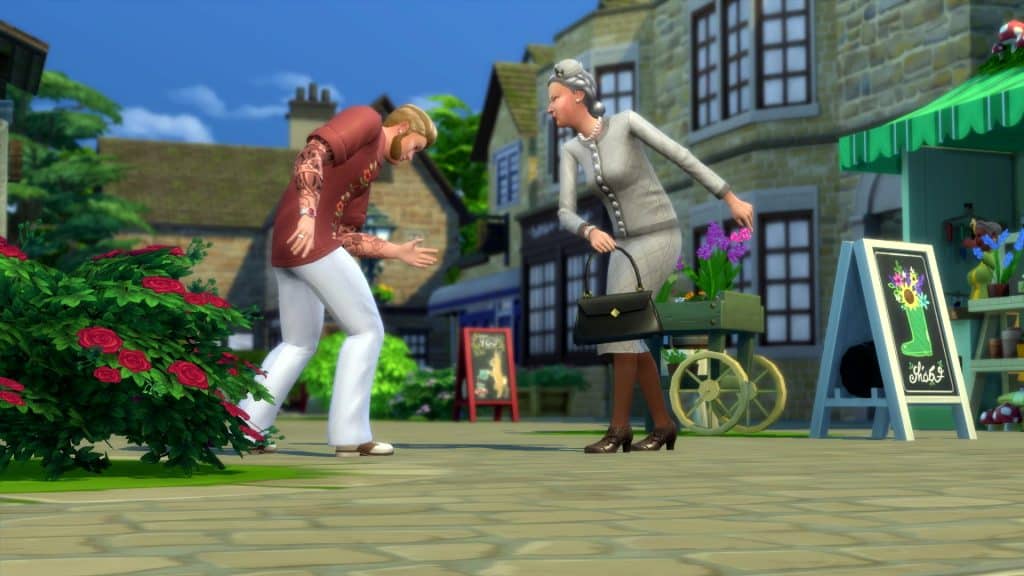 For this reason, Agnes and Agatha aren’t available as playable Sims. They cannot be found in Manage Households even after meeting and befriending them both in-game, nor can they die of old age or be killed in any way. If the player does manage to make them playable through the use of cheats or mods, they lose their NPC function and the game spawns a clone of them to replace them! Before long, you could easily end up with an army of Crumplebottoms running around Henford-on-Bagley!

For storytellers like me, this can cramp our style a bit. I needed Agnes to be playable so I could write a story with her. In my story, Agatha was recently deceased and Agnes needed some help from her relatives, the Goths, to keep her farm running in Agatha’s absence. Even if I used cheats to move Agnes into my household and kill off Agatha, I’d still have the problem of seeing their clones running around in the background of my screenshots, ruining the immersion for my readers.

I set out to experiment a little and see if I could “trick” the game into thinking a different Sim was Agnes and Agatha so it would not keep spawning clones of them. 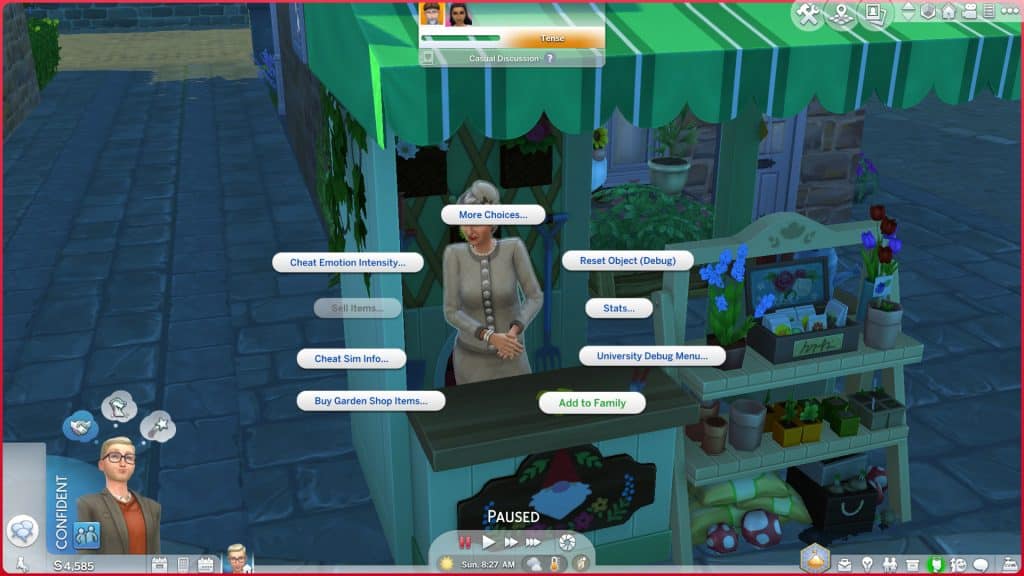 First, I used the cheat testingcheats true to enable advanced cheats in the game. Then I travelled to Finchwick where I knew Agnes and Agatha were likely to be. When I found Agnes, I shift-clicked on her to bring up her debug cheat menu and selected the option Add To Family. Agnes was now part of my household and fully playable! 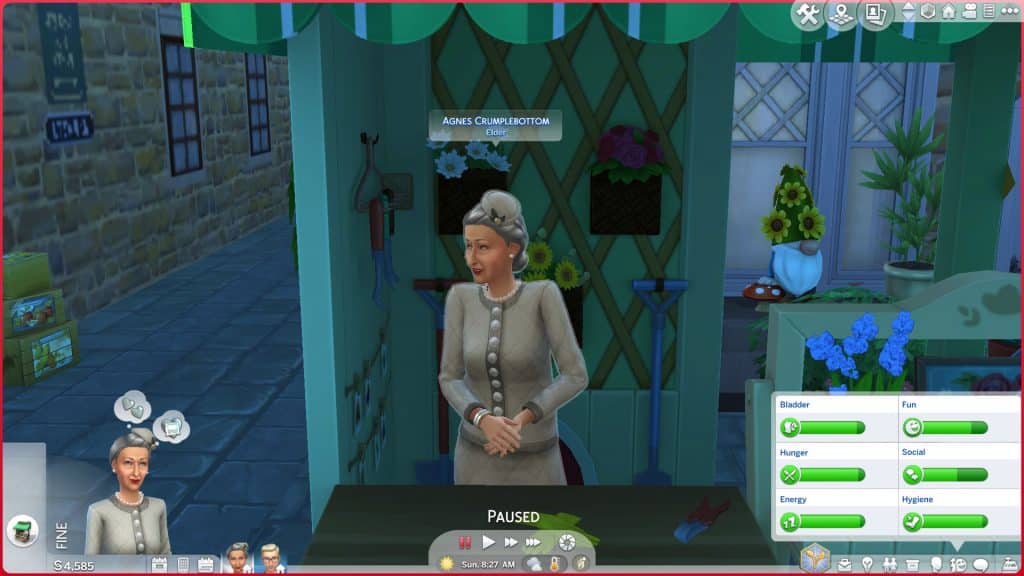 Of course, when I did this, the game immediately spawned a clone of Agnes to replace the Agnes I had moved to my household. I had to keep looking around Finchwick for the Agnes clone. When I found her, I had a plan. I used the MCCC mod to modify Agnes in CAS, but you can do the same thing without mods by shift-clicking her and selecting Modify in CAS with testingcheats enabled. Now that I could access the NPC Agnes in CAS, I could put my plan into effect.

Once I was in CAS with Agnes, I clicked the randomize button until I had another elderly Sim that looked nothing like Agnes. To be on the safe side and not muck anything up with the coding, I opted not to change her name but it’s possible that changing her name would make no difference, either. In essence, I didn’t change anything about who Agnes was; I only made her look like a different Sim.

When I exited CAS, I was delighted to see that this new Sim still had Agnes’ special NPC role! Since the game still saw her as Agnes, it did not spawn another Agnes clone to replace her! I was delighted! This would work for my story, after all! 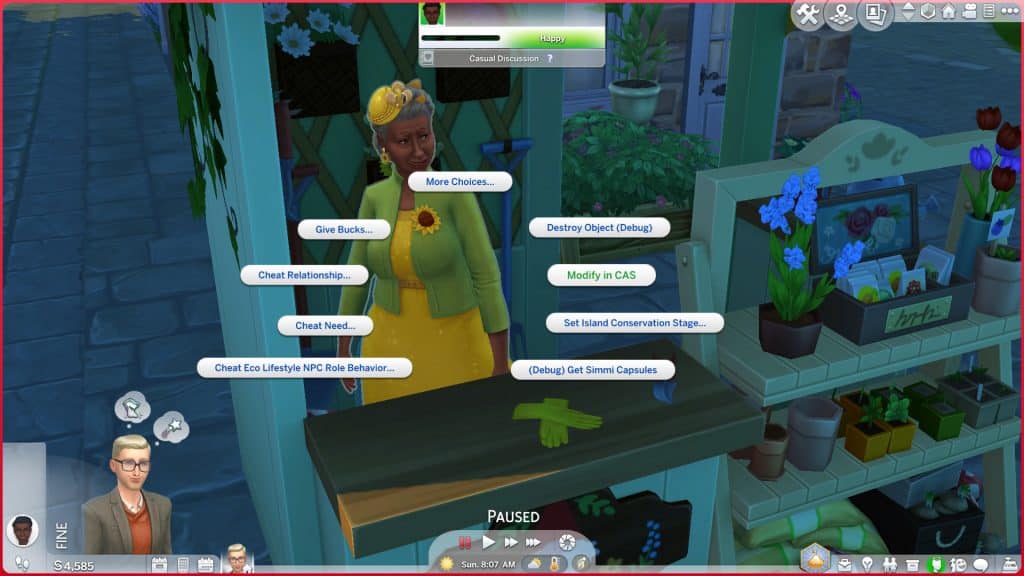 Even though Agatha is supposed to be dead in my story, I knew killing her off in the game would be futile, even if I used mods or cheats to remove her immortal status. The game would just make another Agatha. So I did the same thing I did with Agnes; I just went into CAS with Agatha and randomized her until she looked like a completely different person.

Now I had the original Agnes Crumplebottom as a playable character in my household and two “decoy” Sims to act as Agnes and Agatha in their NPC capacity but weren’t physically recognizable as Agnes and Agatha. I could always place a decorative tombstone to pretend Agatha was buried somewhere in Henford-on-Bagley. Everything would now look believable in my story screenshots. 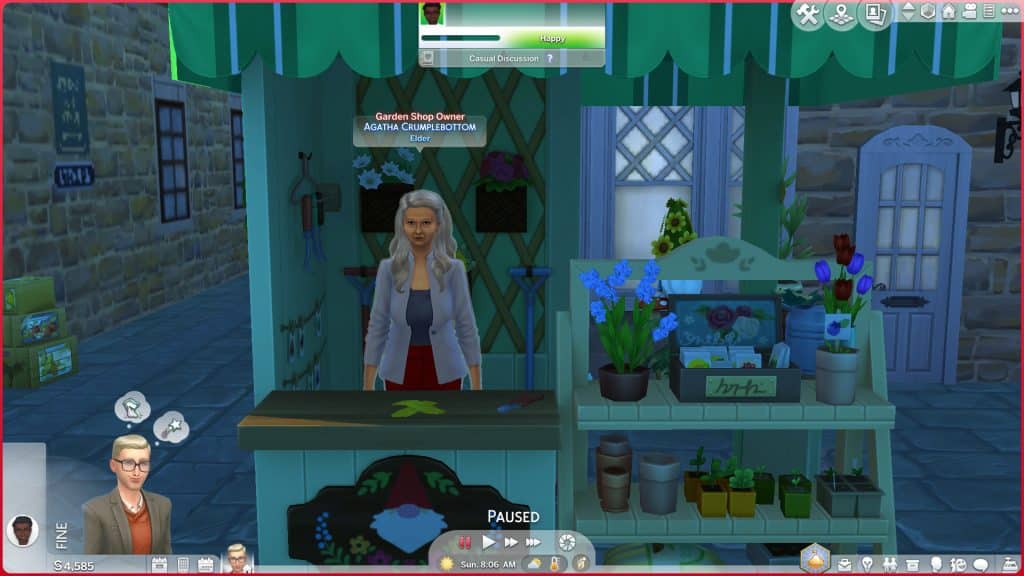 And there you have it! If you want to play with Agnes and Agatha yourself without running into their clones, all you have to do is add them to your household with cheats and then track down their clones to edit in CAS so they look like different people! This method is great for storytelling and any other scenario where you might want to replace the Crumplebottoms with different Sims.