In keeping with my recent itch to scratch the surface of some older Sims games, I found myself booting up The Sims 3 again. Now, I feel obligated to admit that The Sims 3 is easily my least favourite game of the franchise. The graphics are terrifying, the Sims look like freaky deformed potatoes, the animations are robotic and clunky, and much-loved features like the open world and create-a-style only made the game an unstable mess. Not to mention I find a lot of the gameplay people praise it for is actually quite one-dimensional and shallow. 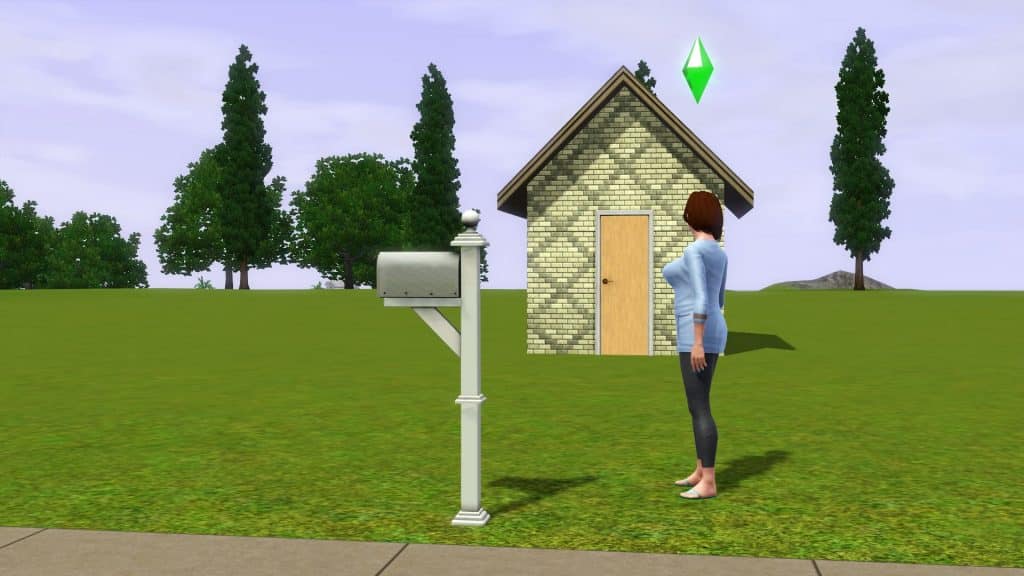 Now, with that out of the way, we can get to what’s good about it and what made me decide to play it again after all these years. I love The Sims 4 Cottage Living but it made me miss horses all that much more. Horses are, perhaps, the only thing The Sims 3 did really well and I wanted to experience that again. So after jumping through a million hoops to make sure the game would even run at all on my new high-end gaming laptop, I could get it to run… okay. It’s mostly pretty smooth but the open world does still cause it to lag up a bit here and there. 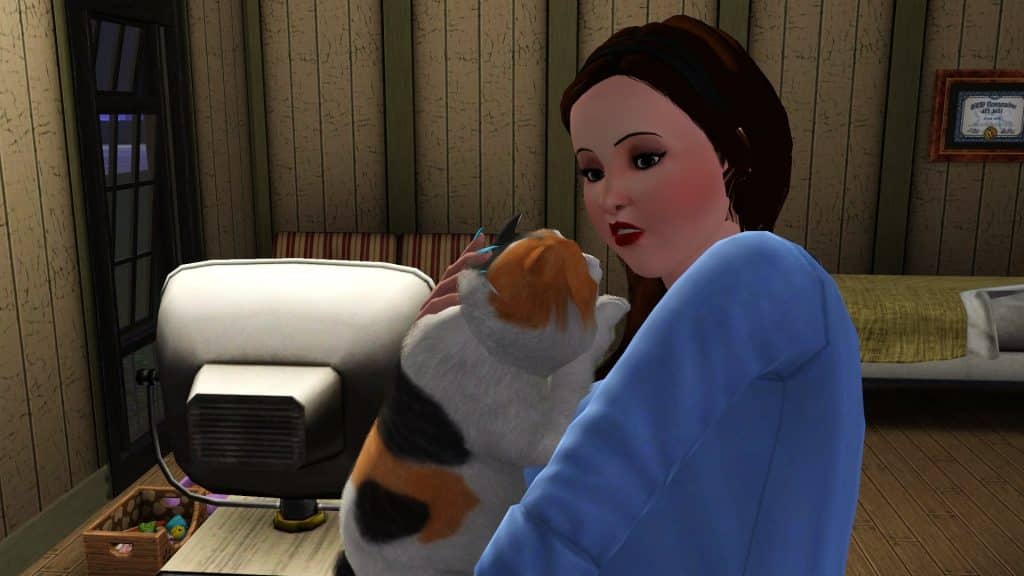 I made my Simself and started a “legacy” on the largest lot in Sunset Valley, beginning my new life in a tiny shack. My Lifetime Wish was to be an Animal Rescuer so I quickly acquired quite a lot of pets from the shelter. I also started working on my riding skill in order to start adopting wild horses and maybe even tame a unicorn one day. In the process of bringing my equestrian dreams to life, I met a Sim named Gage Briody, fell in love, and married him. His Lifetime Wish was to become a Creature-Robot Cross Breeder… whatever that is. Apparently, it’s the top of the Science career track so he got a job at the lab. 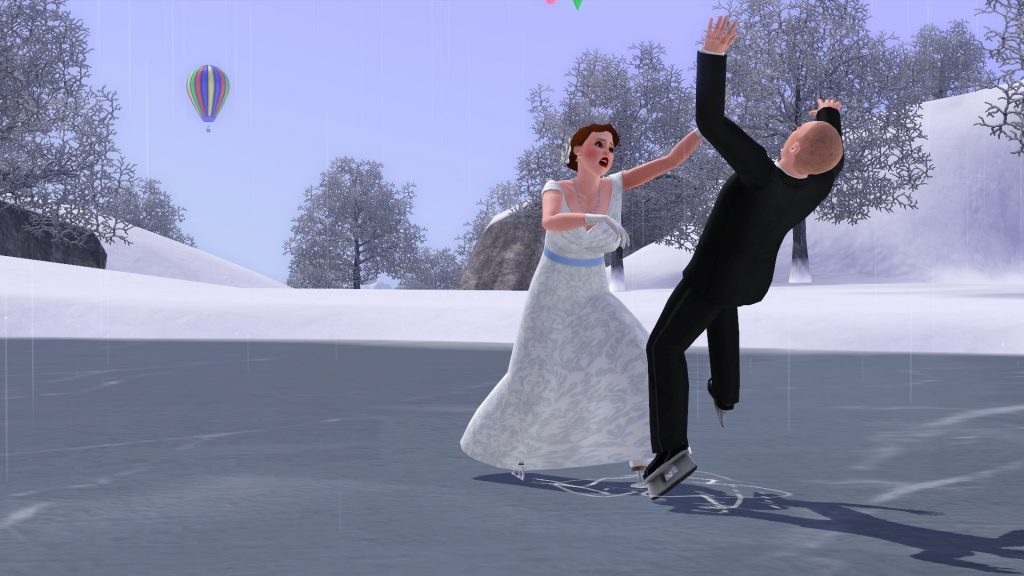 Soon after, we unexpectedly found out we were having a baby… make that two babies, actually. Yup. Twins. I hadn’t planned on continuing my legacy until much later in life but now I had two daughters. Okay then. Somehow, we managed to raise two kids in our little shack with a bunch of animals and pursue our careers at the same time. Gage gained promotions quickly and I finally adopted my first wild horse and started entering show jumping competitions with him. We sunk most of our money into partnering with local businesses so our daughters wouldn’t need to worry about money in the future. 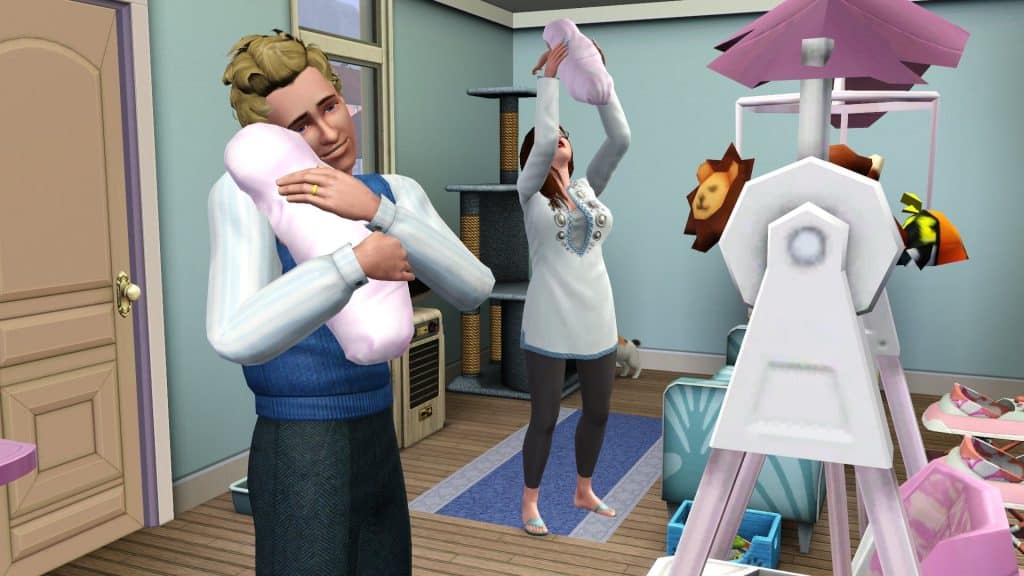 Another horse, a cat, two dogs, and a unicorn later, and Gage was a level 8 scientist and I was a level 8 horsewoman. Our twins were teenagers and we decided to pull them out of Smuggsworth Prep School so they could have a normal teenage experience, like prom. We worked hard during the week but made time every Thursday (which was the seasonal holiday) to do something together as a family, like attend the seasonal festivals at the park or have a family beach day. Sometimes we’d catch a movie and then pick out a tasty treat at the Deliciously Indulgent Bakery, a disgustingly overpriced Store venue that I bought anyway because I hate having money, I guess.

So what are my final thoughts on The Sims 3 after spending so much time playing it again? Well it’s definitely a more enjoyable experience if you have the hardware for it and if you’re tech-savvy enough to know how to tweak the game files to allocate more RAM to the game and to make it recognise your graphics card. When the game runs the way it’s supposed to, it can be pretty fun but when it comes down to it, I shouldn’t need 2021 hardware and advanced computer knowledge to be able to run a game from 2009. That alone still pegs The Sims 3 as the worst in the series for me. However, since I do happen to have the hardware and computer know-how to run it, I probably will still continue to play it every now and then when I’m feeling nostalgic.

And I must admit, I’m excited to see where my daughters take their lives when they’re all grown up. I wouldn’t mind seeing a few features of Generations added to The Sims 4, like proms, more after-school activities, and a boarding school system. I do all these in The Sims 4 anyway using some creativity and imagination but integrated gameplay would be pretty nice.