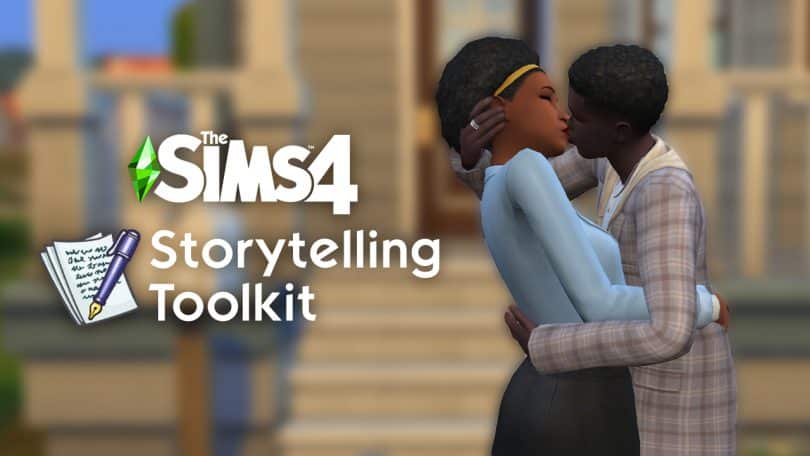 When my cowriter, Krista, linked me to this mod the other day, I knew I had to hop in and explore it. I am and always will be a storyteller at heart. It’s what makes me live and breathe for The Sims, so when I saw this Storytelling Toolkit mod by ChippedSim on Tumblr, I really wanted to try it out in my game and give it a test run.

The mod is almost a year old so I wasn’t certain if it would still work but I figured there was no harm in testing it out on a fresh save. I already had the required XML Injector for some other mods so all I had to do was download the files and put them in my Mods folder. Since this is a script mod, it cannot be more than one subfolder deep in the Mods folder. 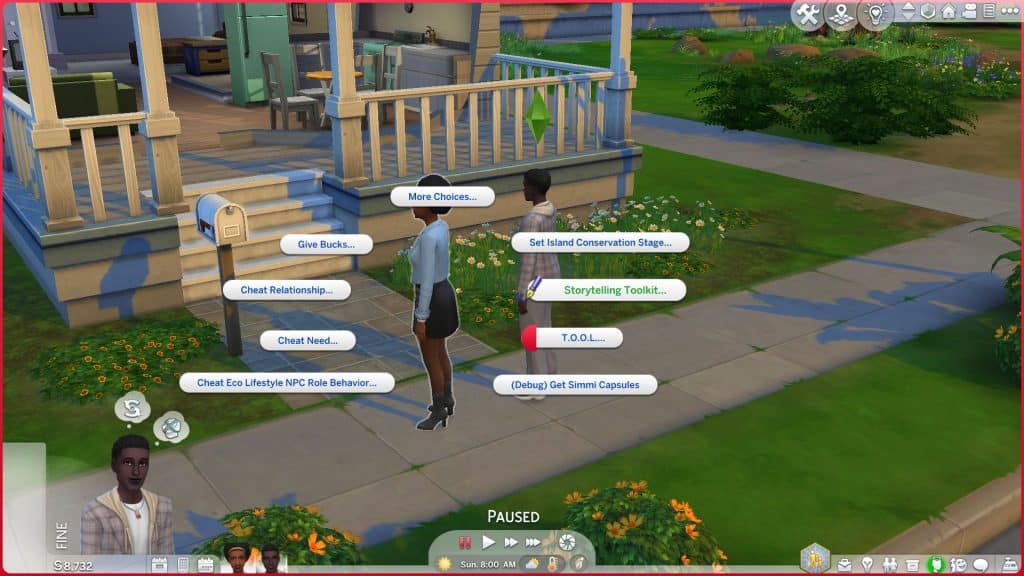 Once the mod was installed, I quickly made a pair of Sims and jumped into the game to play around with the Storytelling Toolkit. The mod gives you quick access to the headline effects cheat that removes the pesky plumbob and other headline effects, as well as emotions, weather, and seasons. You can change all of these with the click of a button instead of entering a bunch of cheats to set your story scenes the way you want them. 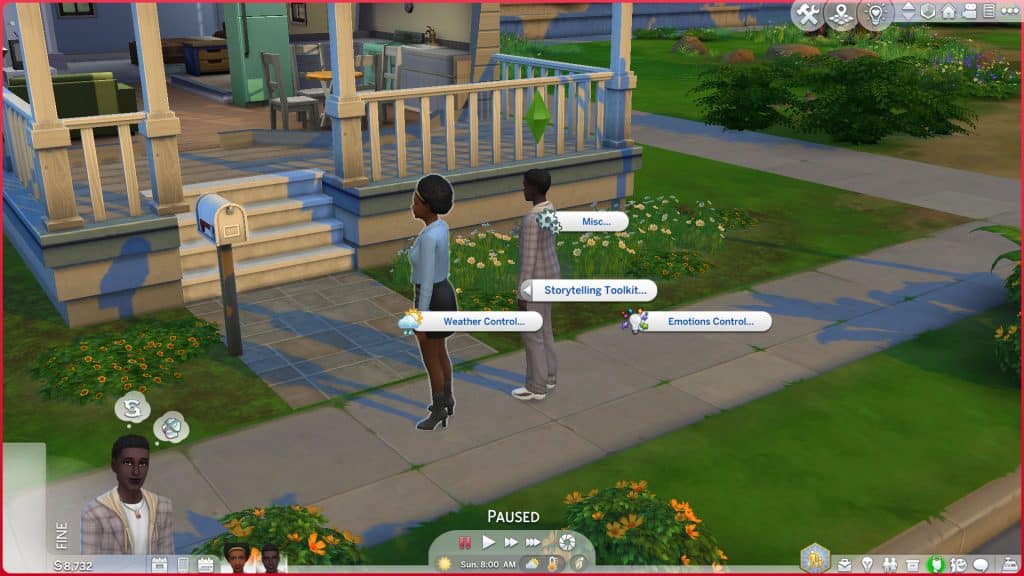 To use the mod, make sure the testingcheatsenabled true cheat is active. This will allow you to Shift+Click your Sims to bring up various cheat options. When the cheat is enabled, Shift+Click any of your Sims and look for the Storytelling Toolkit option. This will allow you to change the season, weather, and your Sims’ emotions. The Misc category will also let you toggle the headline effects on and off. 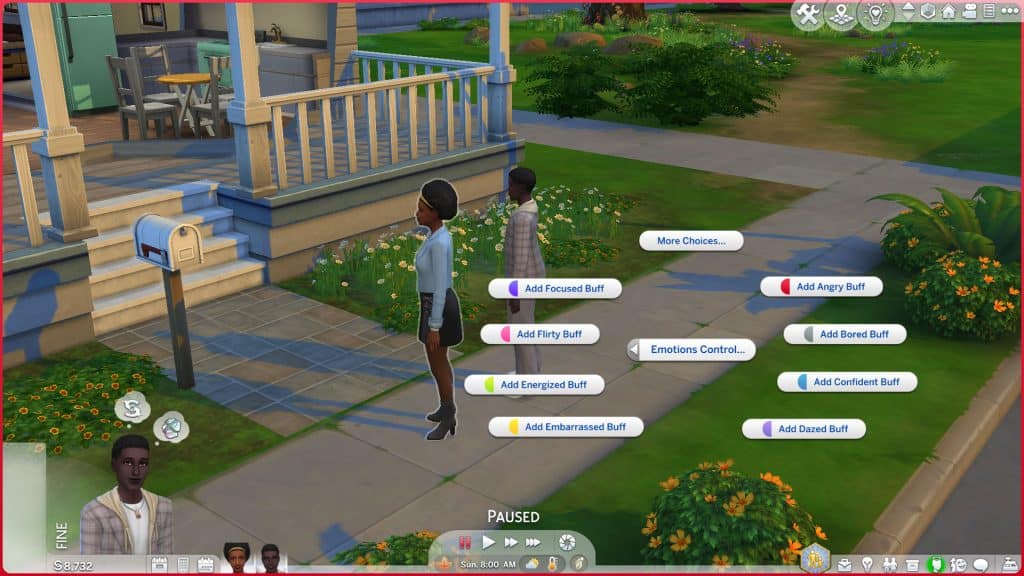 I decided to set the scene to stage a fight between my two Sims because drama is always part of any good story. To start with, it was a sunny Spring day in Willow Creek and both my Sims were in the Fine emotional state. That’s not very dramatic, though. Let’s fix that with the Storytelling Toolkit and set the scene for a fight. First, I changed the season to Autumn and the weather to rainy. Then I made my female Sim angry and my male Sim bored using the Storytelling Toolkit option. I also turned headline effects off. Now the stage was set!

When you change a Sims’s emotion using the mod, it adds a +5 buff to the Sim. This is usually enough to override any other emotions without sending your Sim into a dangerous emotional state, like Hysterical, Enraged, or Mortified. The buff is permanent until you remove it, which is handy when shooting long scenes. You don’t have to stop and keep reapplying the same buff every couple of Sim hours. To remove a buff you added, just go back into the Storyteller Toolkit options and select Remove Buffs. Only one Storytelling buff can be added to a Sim at a time. 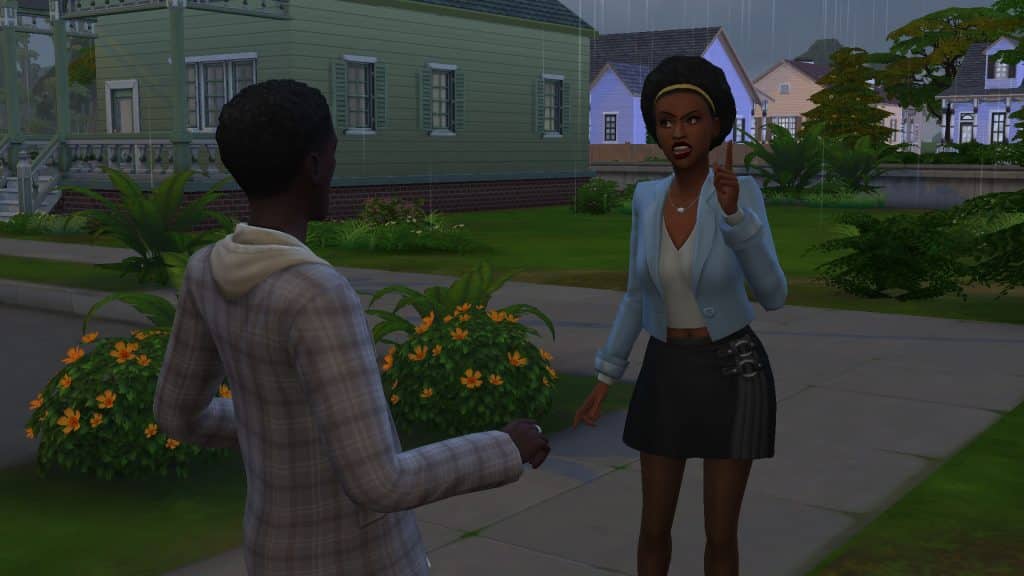 Now that my one Sim was bored and the other was angry, it was easier to stage what I wanted. My female Sim had special angry interactions available that wouldn’t have been there if she was feeling Fine. I had her chew out the other Sim as a downpour started, making for a pretty dramatic moment.

But all good stories have a happy ending, don’t they? Well, maybe some might not agree with that, but I think so. I wanted a happy ending for these Sims. Changing the mood of the scene was as easy as just making the weather sunny again, removing the negative buffs, and adding a Flirty buff to both Sims. Whatever my male Sim said in response to my female Sim must have calmed her down. All of a sudden, she was now flattered by everything he said and the stage was set for a romantic make up scene following their fight. They end up sharing a kiss just as the rain stops and the sun starts shining again. Awww!

Followed by some make up WooHoo… of course! 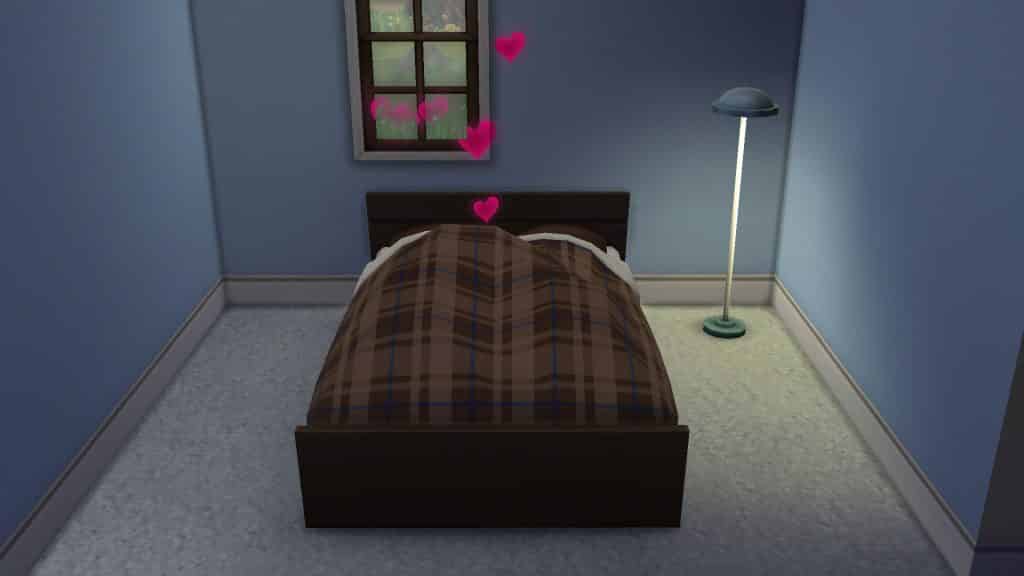 So what are my final thoughts on the Storytelling Toolkit mod? I think it’s super convenient, easy to use, and saves me a lot of time setting up my scenes! I use custom poses most of the time to tell my stories so I don’t usually need to actually change my Sims’ emotions; they have the expression I want when I pose them but it’s still really useful to have this option. Just recently, I was annoyed that my Sim had a big dopey grin on his face while talking on the phone because the conversation in my story was supposed to be a serious one. I didn’t happen to have any serious phone discussion poses when I was shooting that scene and having this mod would have been really helpful. I could have quickly made my Sim sad or uncomfortable for that phone call.

If you’re a storyteller, I highly recommend this mod! Go and grab it and start telling your stories your way.