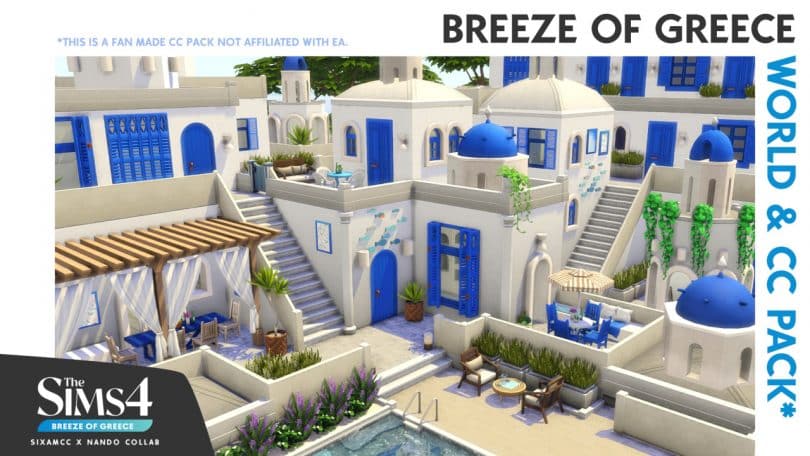 Grab your suitcase Simmers as we are jetting off to Simtorini!

Nando and SixamCC have joined  together to create the beautiful Breeze of Greece World Mod and Custom Content Pack. The two part collaboration pack is perfect for Sims wanting to escape their everyday lives and relax in the beautiful scenery of Simtorini.

Take a look at The Sims 4 Breeze of Greece reveal trailer below!

Nando, who is well known for his previous world mods such as Romance in France and Trip to Egypt as well as the custom content packs like the Fashion Store Kit, created the gorgeous world of Simtorini.

SixamCC on the other hand created a variety of Greek inspired items to help bring your Sims’ Simtorini vacations alive! You might recognize SixamCC’s name as they are the creator of the Hotel Bedroom CC Pack, Charming Chalet CC Pack as well as smaller object packs packs such as the Birker Series and Artiu Series. 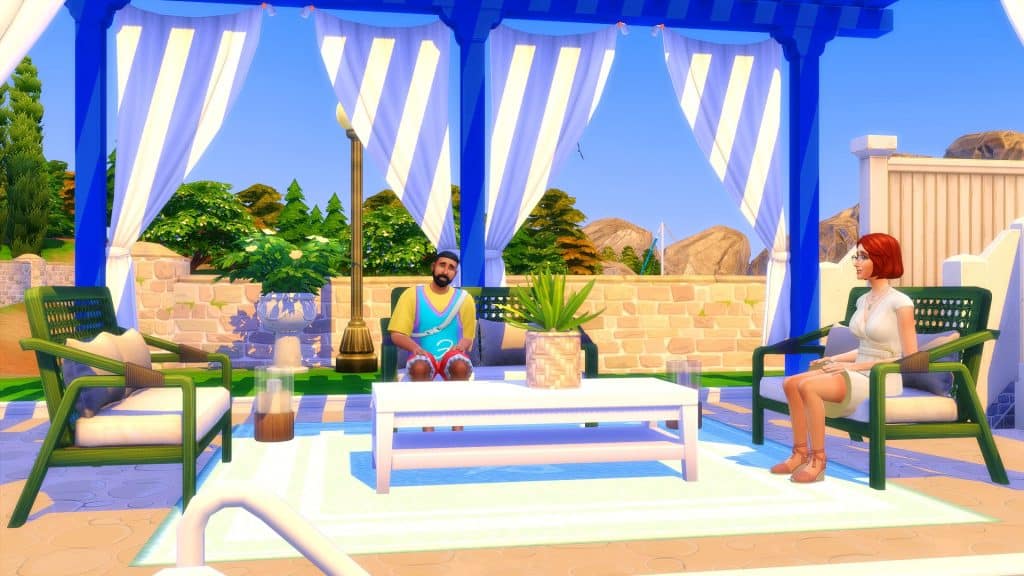 The world of Simtorini replaces the world of Granite Falls from The Sims Outdoor Retreat. It transforms the world into a scenic and romantic getaway inspired by Santorini. Your Sims will be able to experience everything Simtorini has to offer, including fabulous food from the food carts and enjoying a variety of entertainment in the local plaza.

With over forty new objects spanning both Build and Buy Mode, spanning a variety of neutral and colourful swatches, the Breeze of Greece Custom Content Pack has everything you need to create your own Simtorini!

You will still have the same six lots with the same lot sizes as if you were playing in Granite Falls as normal. So there is no need to worry about changing lot sizes or lot placements. When you first load into Simtorini, you will need to remove any existing lots you had so that you can create your own Simtorini. Every Simtorini will be different and unique for each player, depending on how you decide to place and create your lots.

Even though  the world of Simtorini doesn’t come with any new lots as such, you have the freedom to build your own Simtorini inspired lots or add some from The Gallery.

SixamCC has also created the Simtorini Resort that you can add into your own game right now. The lot also utilizes a number of the new objects from the Breeze of Greece Custom Content Pack as well! 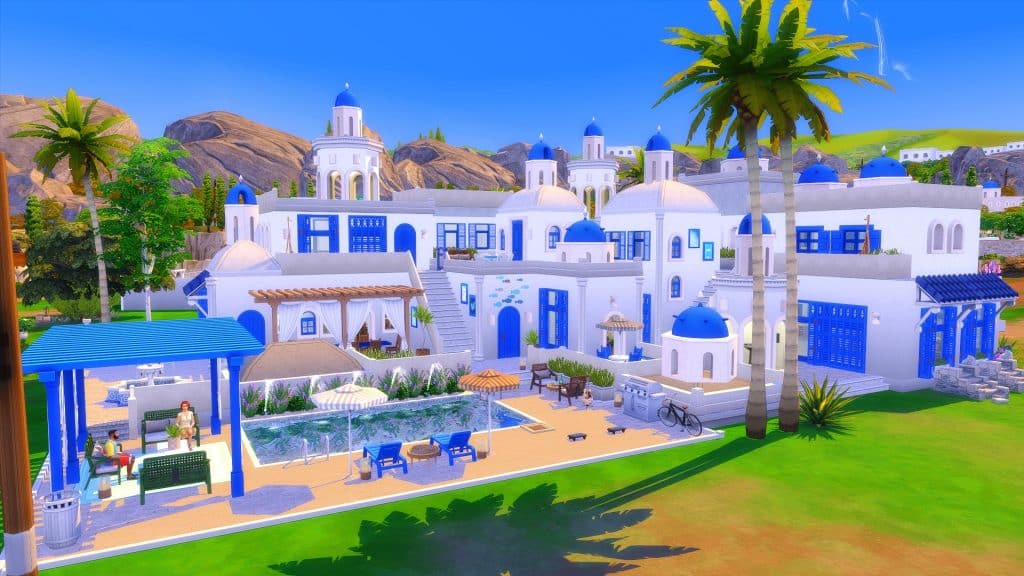 To find out more about the Simtorini Resort, click here!

The Plaza is where your Sims will spend a lot of time while in Simtorini if they are not staying in their vacation home. Get to know other holidaymakers, try the local delicacies and take part in any events. 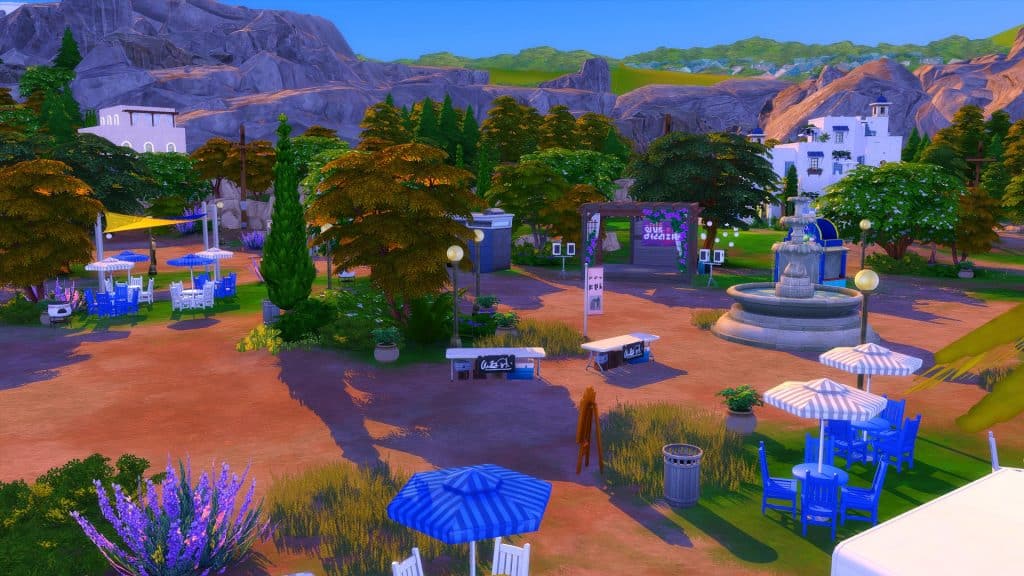 Of course, there are plenty of other locations to explore while you are on vacation too! You’ll also find a number of details that help bring Simtorini to life!

The Sims 4 Breeze of Greece World Mod and Custom Content Pack is available for download right now. It is currently in Early Access and will be entering Public Release shortly.

Note: You will require both Nando’s and SixamCC’s parts to have the full Simtorini experience.