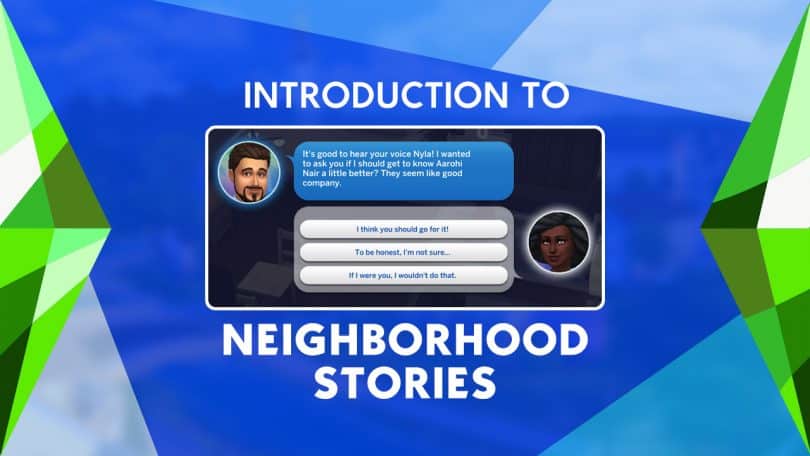 It’s been seven long years but at last, The Sims 4 finally has Story Progression! For newer players who may not be familiar with this term, story progression refers to life decisions made by Sims you are not playing. Sims that you are not controlling may decide to get married, get divorced, have a baby, or work towards career promotions without you having to play in their household. In The Sims 3, this happened all on its own; Sims would go about their lives without your intervention. If you didn’t like this, you could toggle Story Progression off in the game settings. 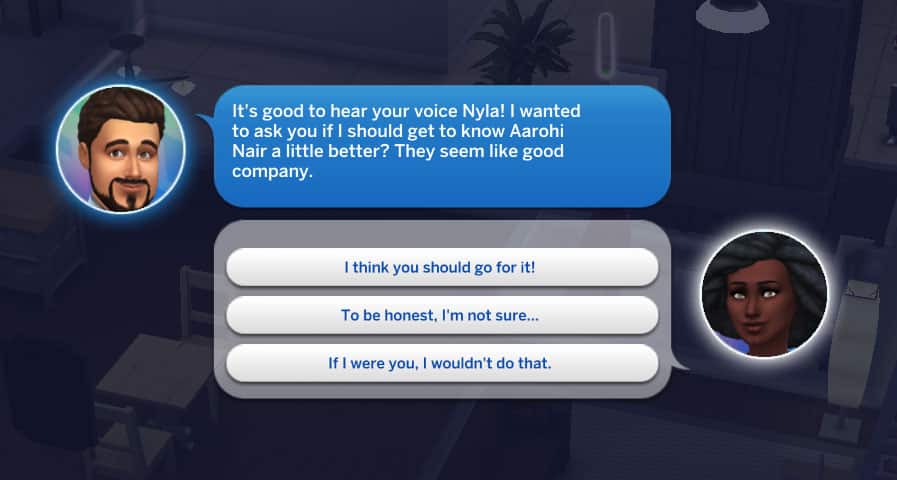 The Sims 4 plans to handle story progression a little bit differently. For starters, the new system is called Neighbourhood Stories but its theme is pretty similar to Story Progression from past games. For another, Neighbourhood Stories is much more hands-on than past versions of story progression. The player has more control over what happens in the neighbourhood. Instead of unplayed Sims just randomly deciding to make big life decisions on their own, your Sim will now receive phone calls from Sims that they know, asking for your input on the situation. That friend you made at the bar might call you up and ask you if you think they should get to know another Sim better. Or your neighbour who comes over for coffee a few times a week might ask you if they should have a baby with their spouse. It’s up to you how to handle it. You can tell them to go for it, caution them against it, or let them decide on their own.

You might also receive follow up calls! For example, Raj Rasoya called me to ask me if he should get to know another Sim better. I told him he should go for it. A few days later, he called me again to let me know that he and that Sim got together and had a great time. My Sim also received a positive moodlet from bringing friends together, which was really cute. 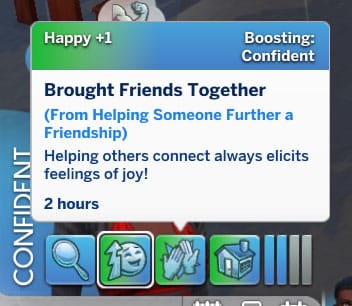 In addition to these new phone calls you might receive, your Sim has a few new social options when talking to Sims. For example, they can encourage Sims to pursue their dream job or discuss growing their family with them. From what I noticed while exploring these socials, most Sims I talked to had the dream job social option regardless of whether they were already employed or not. Only married Sims had the option to discuss growing their family pop up. I was able to discuss these things with Sims I was only acquaintances with but the other Sim was not receptive to my suggestions. They politely told me to stay out of their business. I was happy to see this, since it feels pretty realistic that someone you just met wouldn’t want to take life advice about personal matters from you. The closer you are to the Sim, the better the odds of them taking your advice to heart.

Sims can also use the Hook Up With or Talk Up Another Sim options under Friendly > Other Sims… socials to encourage Sims to strike up a friendship or a romance with another Sim. For Sims looking to cause drama in the neighbourhood, they can also use the Trash Another Sim or Break Up With options under Mean > Other Sims… socials to encourage Sims to dislike each other or break up with their partner.

If you own certain DLC packs like Get Together and Eco Lifestyle, you might be familiar with some of these mechanics. Some socials were originally part of these packs but will now be in the base game as part of the Neighbourhood Stories update. Phone calls discussing having a baby or accepting a marriage proposal were originally part of Eco Lifestyle. Some social interactions, including asking Sims to dump/divorce their partner, trash talking other Sims, and encouraging Sims to strike up romances with each other were originally part of Get Together. Players who don’t own these packs will now see these options available in the base game. 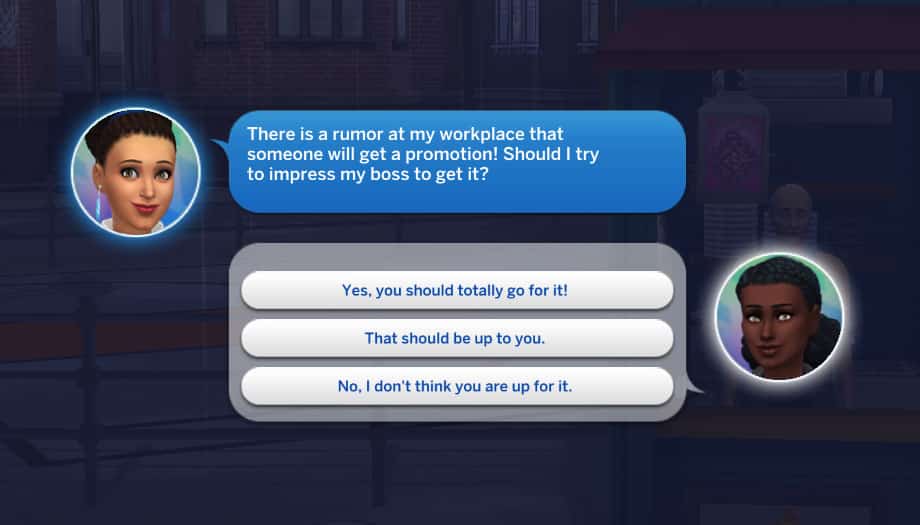 A few things to note about this iteration of Neighbourhood Stories: