The Sims Team has shared their first look at the customizable Pronouns coming to The Sims 4!

As you all may know, the team confirmed that they are working on including pronouns to the game with a better implementation in CAS. During the livestream developers SimGuruDuck, along with other developers and partners from It Gets Better organization have shared their current progress of adding Customizable Pronouns.

During the livestream they shared their work in progress screens that you can check out below. Everything shown below is Work in Progress and is subject to change!

In the introduction part of creating a character in Create A Sim the screen on the top left corner will now say “Hello, My Name and Pronouns are…”. 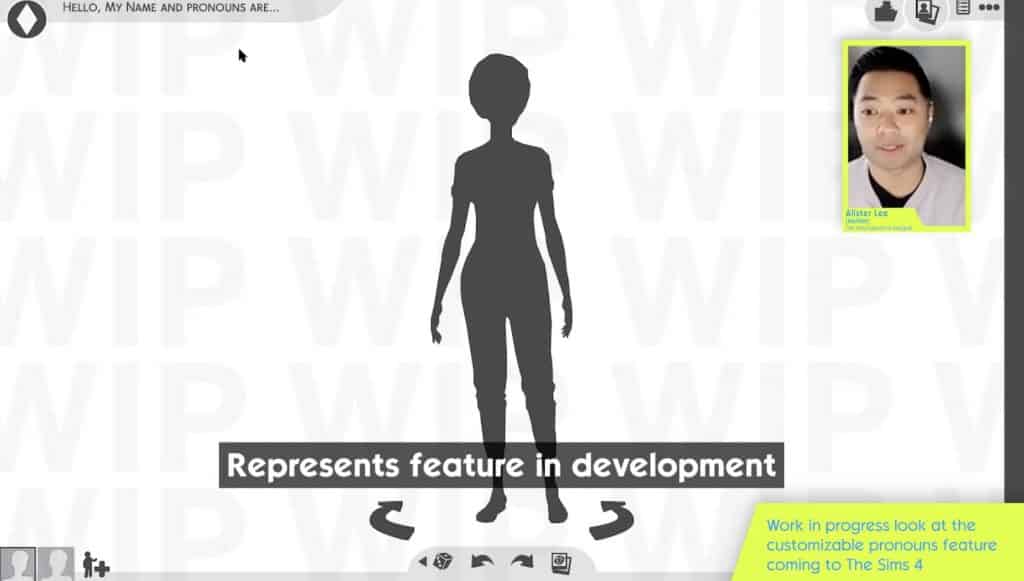 When clicking the name section of the user interface there is now a dropdown for custom pronouns that you can choose for your Sim character! This includes options for They/Them, She/Her and He/Him. Also, there is a special “Custom” option on the bottom part… 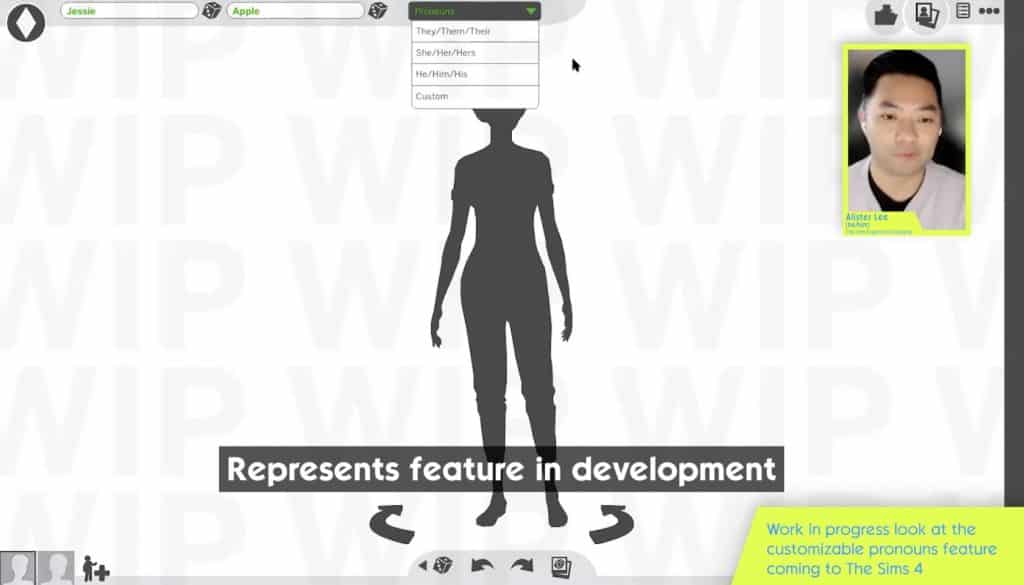 Adding Custom Pronouns of your choice is something that’s still new to the world of video games, but it seems that so far The Sims has made great progress with the options seen below. You can type ANY pronoun you want of your choice with examples in sentences shown below: 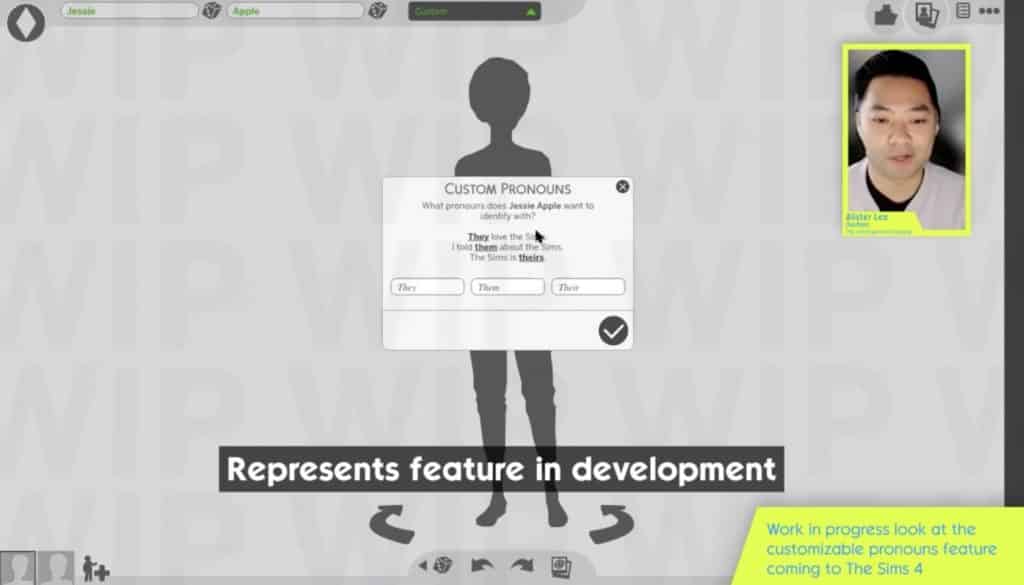 The team confirmed that this feature is still work in progress and is the first iteration.

You can check out the full interview with producers about this upcoming feature in the livestream replay below!

This article is still a work in progress..