We never cease to be amazed at the creativity and resourcefulness of Simmers. Sometimes, we’re so impressed with these clever tricks that we just have to write an article about it! Mushilda on Twitter recently tweeted about how they created functional indoor potted fruit trees with no mods or CC just by using the grafting mechanics in the game!

They took a cutting from a lemon tree and grafted it onto a potted black bean plant, then sized down the planter once with the bb.moveobjects on cheat and the [ key. The result was a fully functional potted lemon tree that could easily sit in your living room window! Mushilda says they were inspired by the Blooming Rooms Kit; they wished the plants that came with the kit were interactive and decided to create their own imitation.

We wanted to showcase Mushilda’s functional lemon tree as well as experiment with some of these grafting combinations ourselves. You can see Mushilda’s setup below.

We wanted to experiment with this a little bit ourselves. The basic idea is to take a cutting from a fruit tree and graft it onto a smaller plant to grow a smaller version of that fruit tree which can be kept indoors. To add visual appeal to the setup, decorative plants from the Blooming Rooms kit are displayed alongside it. The decorative plants help the functional grafted plants to blend in and look and feel like a functional part of the kit.

We loved the idea of having more unique-looking plants that bore fruit so we used valerian root and quill fruit for two of our small plants. The valerian plant is a tall flowering stalk that we thought would look very appealing inside the home and the quill fruit resembles some kind of succulent which are super popular, low-maintenance houseplants. For the fruit trees, we used pomegranate, pear, and plantain. 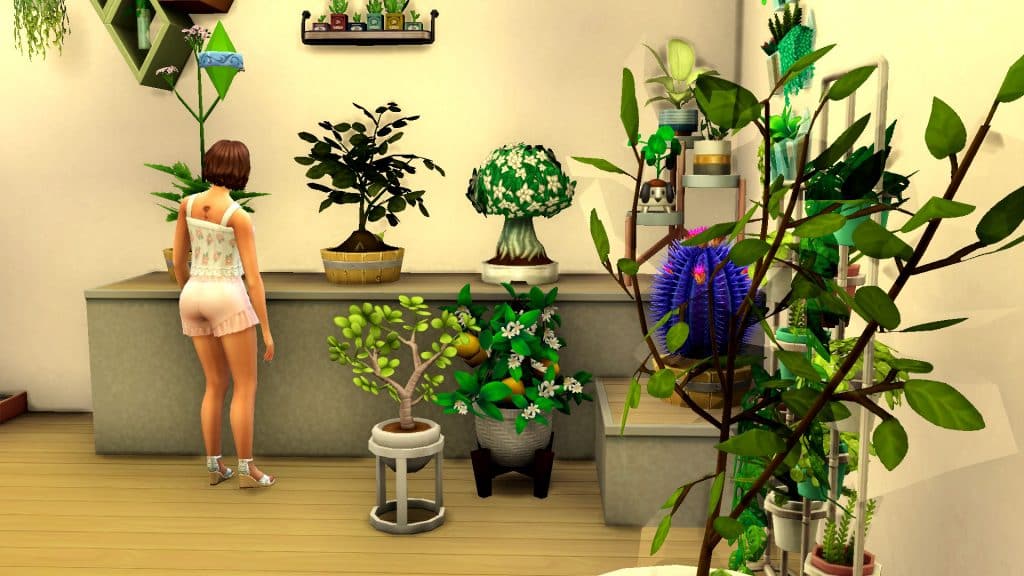 Our Sim took the cuttings from the fruit trees and grafted them onto the smaller plants. We paired pomegranate with the quill fruit, plantain with the valerian root, and pear with a more typical looking kava root plant. Then we sized down the planters they were in and tried a few different setups to display them. All three plants were completely functional and could be harvested from and tended as long as there was nothing obstructing the Sim’s path to the plant. However, they looked visually hilarious. We had pears and plantain growing out of the dirt which gave us a good chuckle. 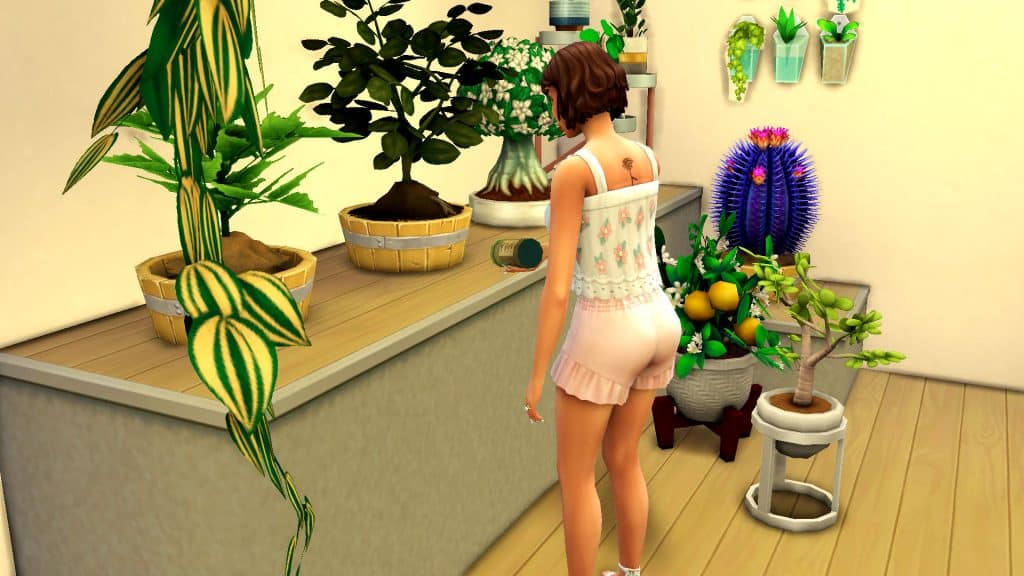 After our little mishap, we realised that this technique for making functional indoor fruit trees looked best when a fruit was paired with a small plant that blossoms on the leaves. So flowers for example were good candidates for this; the grafted fruit would display on the leaves just like the flowers do. But grafting fruit onto small root plants resulted in fruit growing out of the soil. 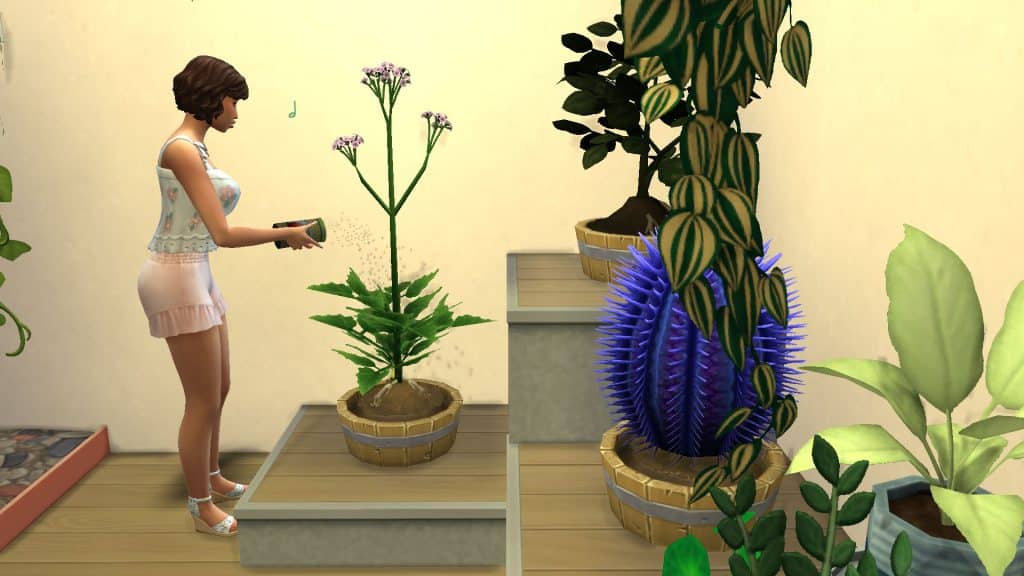 So if you’re thinking of experimenting with this yourself, try grafting fruit onto plants that produce their harvestables on the leaves of the plant. Your indoor fruit trees will look best that way. Or, if you don’t care to bother with grafting, Mushilda has her lemon tree setup available in the Gallery.