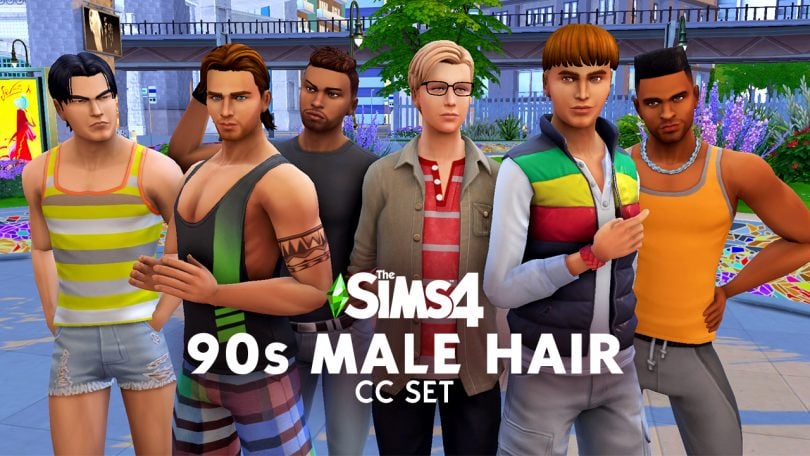 As a 90s baby, the 90s is a decade that is close to my heart. It represents a simpler time back when calling someone on the phone meant calling their parents, when using the Internet involved yelling at your mom to get off the phone, and the first PlayStation console blew our minds with its cutting edge graphics.

That’s why I just had to check out this 90s CC set by JohnnySims! The set includes 6 different male hairstyles reminiscent of 90s fashion! Not only does this set harken back to my days of nostalgia but it also caters exclusively to male Sims! Male Sims are at a huge disadvantage in the CAS department since official DLC packs favour female Sims and so do most CC creators so it’s difficult to find a good variety of CAS pieces for male Sims, even if you’re an avid CC user. 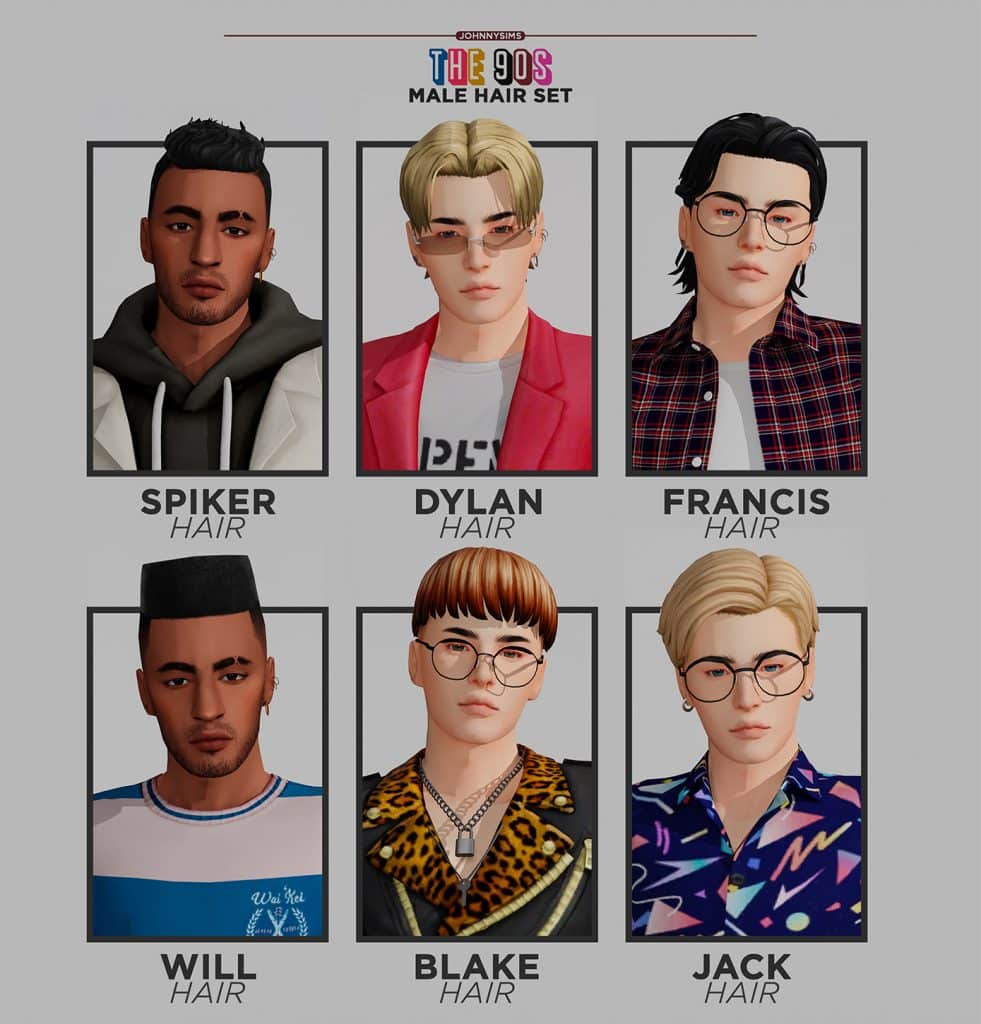 Let’s jump into this set! 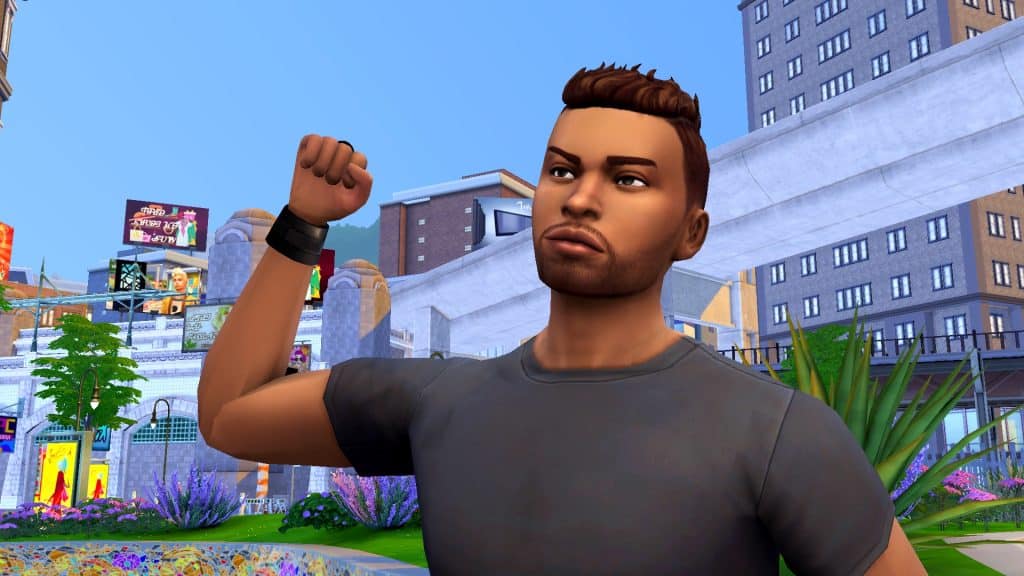 Every 90s bad boy rocked this hairstyle! And every good girl in the 90s wanted to be with a bad boy… at least in the movies, anyway. This hairstyle tells everyone you’re edgy and too cool for school so try putting this on your rough-around-the-edges Sims for that quintessential bad boy 90s look! 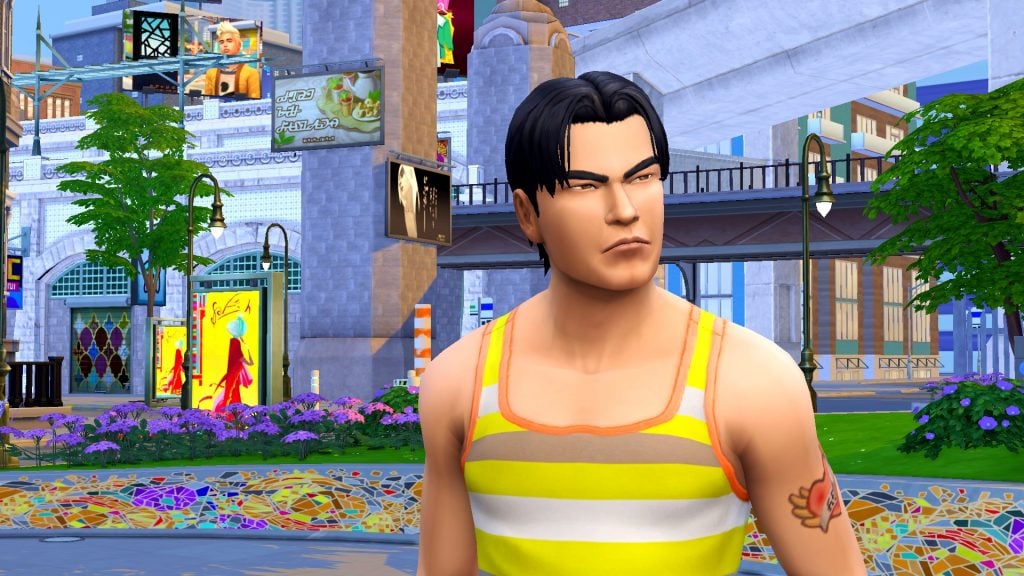 Don’t be fooled by this model’s scowl; the Dylan was worn by the lovable boy next door! This hairstyle told everyone that you were laid back, casual, and friendly; just your average guy you could really kick back and hang with. For an approachable look with a touch of sensitivity, give this hairstyle a try. 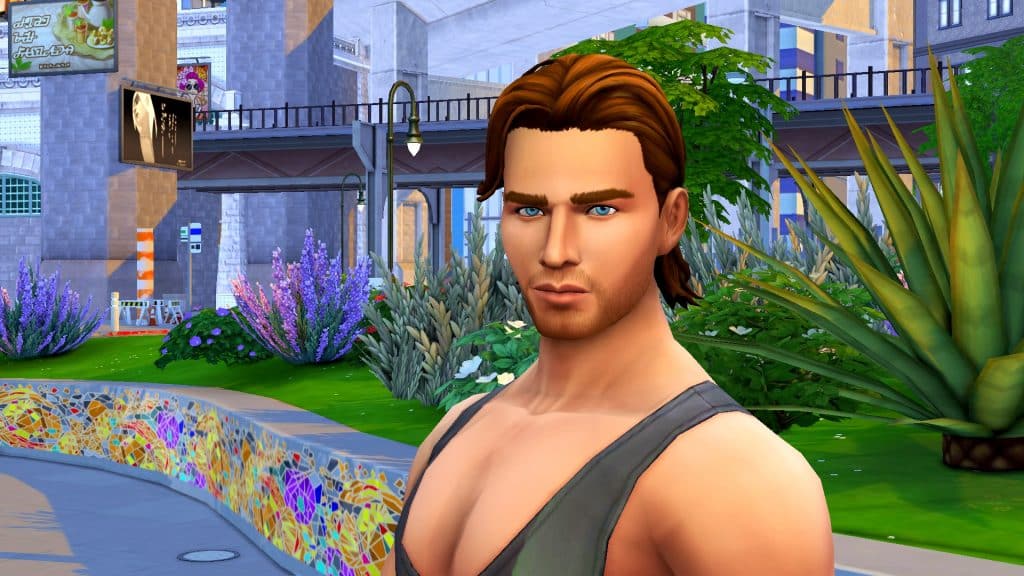 This shaggy, swept back look was the envy of every surfer and beach bum in the 90s. This hairstyle made it clear to everyone that you were one with the waves, brah! This beachy windswept look is perfect for your beach loving Sims who want to look good while catching waves on their aqua-zips. 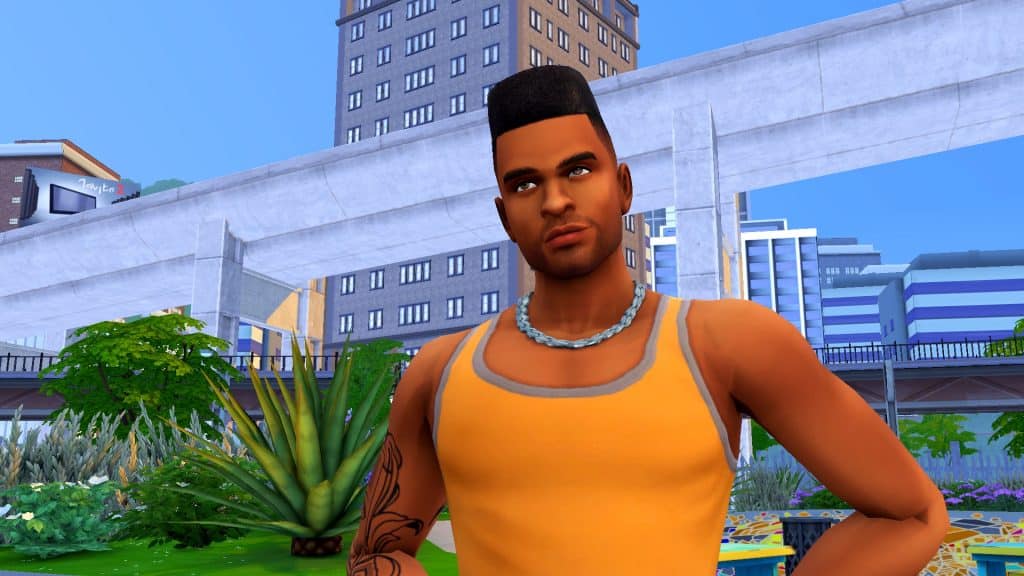 Is it any wonder why this hairstyle is called Will? Who can forget one of the 90’s most memorable TV sitcoms, The Fresh Prince of Bel Air, and its main star, Will Smith? Will often rocked this look on the show and made it look effortless and now your Sims can channel their inner Fresh Prince with this iconic hair, too! 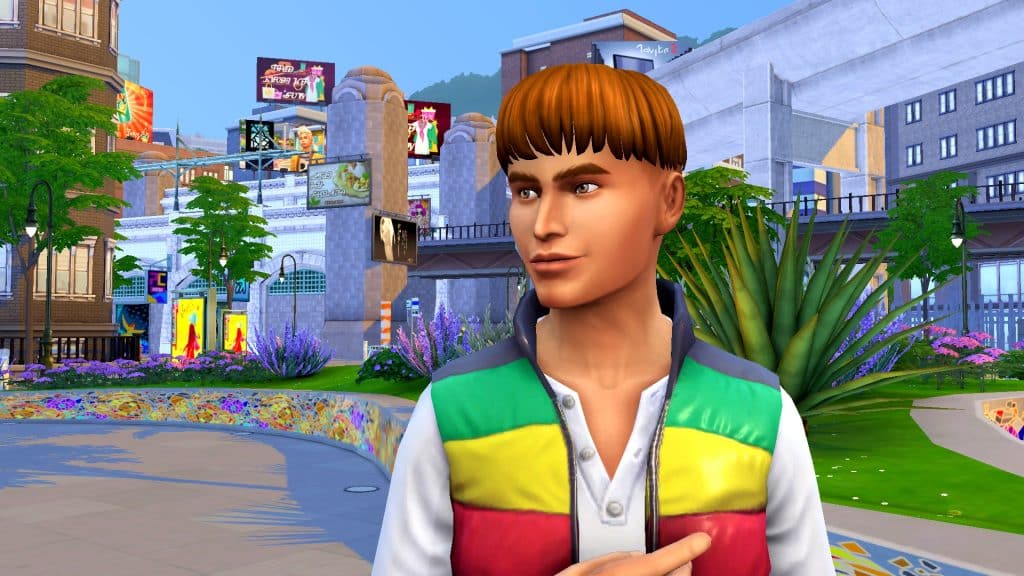 This one’s for the nerdy 90s boys; the bowl cut. You know, the one your mom did herself by putting a salad bowl on your head and cutting around it with the kitchen scissors. Yeah, that bowl cut. This look wasn’t exactly the coolest but it certainly made a statement. Mainly the statement that your mom still cuts your hair and that you take the mathlete club very seriously. Hey, it’s okay! Our dorky Sims need a look for them, too! 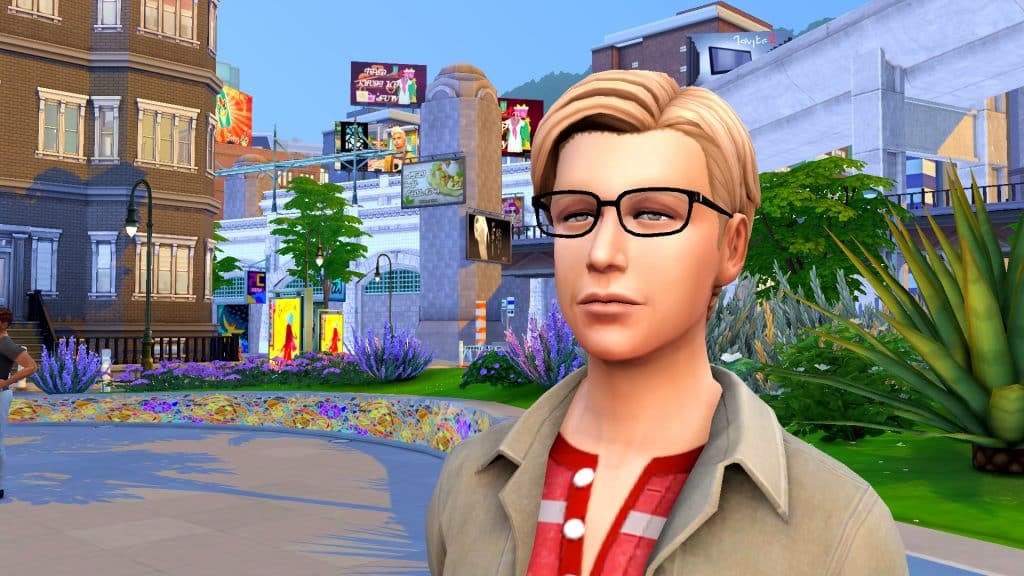 “I’ll never let go, Jack!” That’s right, the biggest lie in 90s cinematic history is now immortalized in this trendy sideswept hairstyle reminiscent of Leonardo DiCaprio in the film, Titanic. Every guy wanted to rock the Leo look after this movie came out and who can blame them? It’s never really gone out of style!

You can snag all of these hairstyles yourself for free from JohnnySims’ Patreon! Just click the button below to grab the set!

All poses seen in this post are available for free on my patreon.