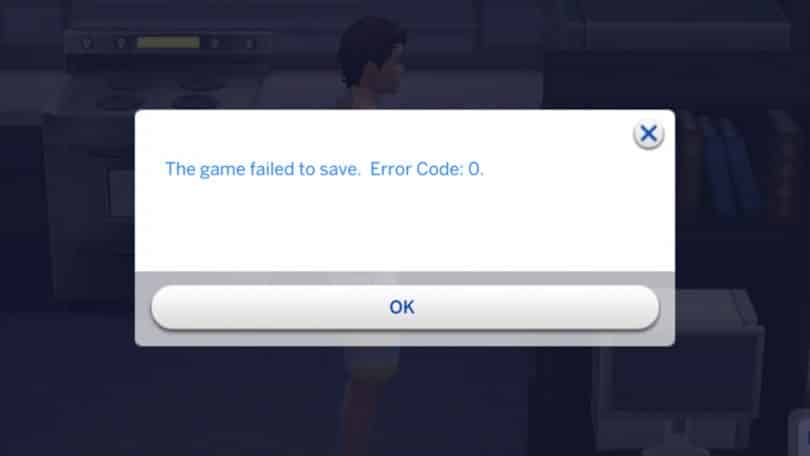 “The game failed to save. Error Code 0” is becoming more often among players

Imagine this scenario: you’re creating your perfect Household in The Sims 4 and building them a house. You get so invested into creating a perfect storyline and home that you look at the clock and it’s 5 in the morning.

“I should probably save my game”.

– Little does the player know that their game might decide to not do that.

UPDATE: SimGuruNick has shared another update regarding the game error, along with an official workaround. After confirming that the team is still actively working on resolving on fixing the error, he’s also encouraged players to continue sharing their save games. All to ensure that this issue doesn’t persist after the fix and that it gets universally fixed for all players.

If you encountered the “Error Code 0” issue here’s how you can share your save games to the developers and help resolve this as soon as possible:

Hi Simmers, we’re actively working to fix Error Code 0. I’ve been testing a potential fix that has worked on the majority of player-provided saves…but not all of them. So I’d like to humbly request more save files. I need to verify this gets fixed for all players, not just most.

If you’ve encountered this error code, please send me your corrupted save file via this link, thanks so much for the help!

In the meantime, please try using Save As for a workaround. Sorry for all the trouble!

This issue came to my attention not from my personal game, but from stories of other players within the community. The first thing that made me investigate more into this was a tweet by @gardenova_sims who reported that they’ve lost progress after building a home.

Hey guys, I’m having some serious save issues:( I saved my game and when I click on it it reverts back to the empty version, even on the map menu it shows the completed version..I’m devastated this house took me hours to complete @TheSims pic.twitter.com/ix6tsiK8ki

According to the story of the creator they’ve managed to successfully save their game – but still lose progress.

After exploring further about this issue I’ve found an entire active thread on EA Answers HQ talking about the issue. For most players this Save Game issue is being displayed and notified by the game itself through the screen prompt: 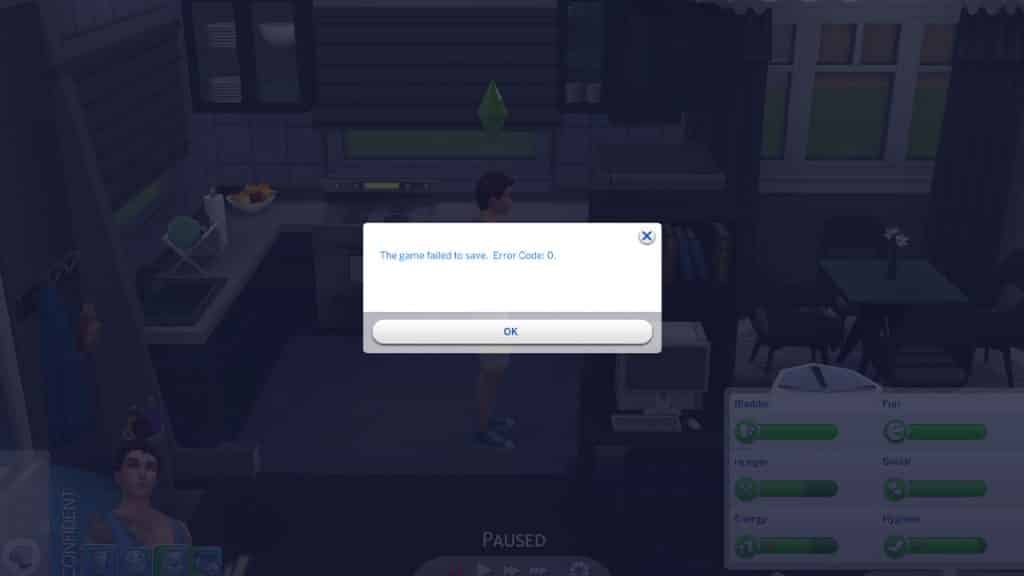 The cause of this save game error is unknown as of now. Players both with and without Mods/CC are experiencing, along across multiple platforms where The Sims 4 is available.

The EA Answers HQ is truly active for The Sims 4 when there’s a serious bug / issue happening with the game. At the point of writing this article 346 people have reported that they’ve experienced the same issue – with 27 different pages on the thread discussion regarding the issue.

The Sims Team has acknowledged this issue through both EA Answers HQ and Twitter.

SimGuruQARobo has shared the following on the forum:

Thank you to everyone that has shared saves or information thus far. Unfortunately, the team has had a difficult time pinpointing when the save becomes corrupted.

For anyone encountering this issue, have you played with any wedding cakes from the Wedding pack?  If so, can you describe how you used the wedding cake during your play?

We are still looking for affected, unmodded saves, if you’re willing to share them. (Whether wedding cakes were used or not.)

Instructions on how to share saves are here: [INFORMATION] How to Send User Files to The Sims 4 Team – Answer HQ

Also, any information about what occurred in your game before the error occurred may be helpful.

SimGuruNick, Quality Designer working on The Sims 4 has said that this is something the team is currently “actively investigating”.

This issue started happening shortly after the release of The Sims 4 My Wedding Stories Game Pack but became more often afterwards.

We’ll keep you posted about the situation and when it officially gets fixed for The Sims 4. Until then, most players are reporting that using the “Save As” workaround has worked for them. You can also try saving the game before going into Manage Worlds to ensure it gets properly saved.

Also make sure you save your progress frequently!