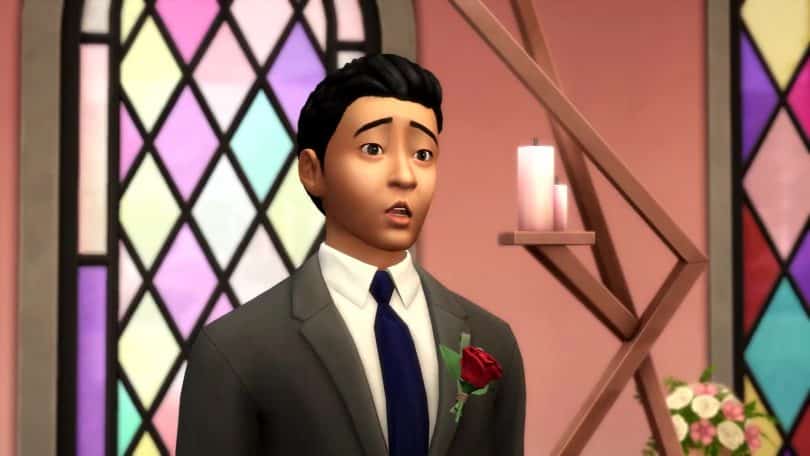 Now you can play through the drama as shown in the Game Pack’s official trailer!

The release of The Sims 4 My Wedding Stories went through a rocky launch, to say the least.

Although 87.5% of the Game Pack has been fixed, there is still some residue code remaining withing the game files that hint at the pack being released too early. First there was a discovery that Pets were intended to be your Ring Bearers and Flower Pals, however that was eventually not included in the final release. 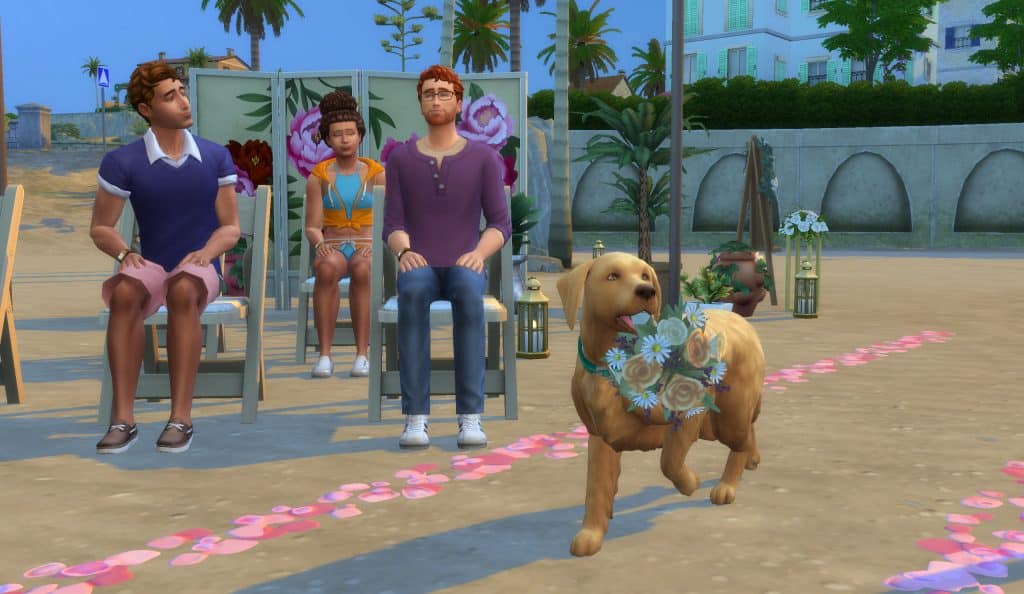 MissyHissySims has now started uncovering more information and remaining code of the features that were shown in the reveal trailer for the pack. Specifically getting left at the altar and the lost ability to Call off the Wedding – something that was already available with regular weddings in The Sims 4.

Check out what they’ve shared:

I’ve been doing a little digging into the ‘Call Off Wedding’ interaction.

The interaction IS still in the game. It shows up if you simply choose to get married at the arch, WITHOUT the big wedding event. When that happens, there’s moodlets, sentiments etc.

However, the interaction doesn’t show up during an actual wedding ceremony event. I have managed to enable it for these events; however right now, the moodlets and sentiments don’t show up.

It also looks like the Slap interaction that is supposed to come after the Call Off Wedding isn’t enabled for this situation either. Could explain why the moodlets and sentiments never showed up in my tests on the edited version. By cloning both interactions, enabling them for the new Wedding Events, I’ve managed to make them work AND get the new moodlets and sentiments. I have a couple of things to test but if this works, I should hopefully be able to release this.

Oh, and I’m looking at changing the animation slightly. Did you know that the Slap interaction that follows a Call Off Wedding situation actually only uses the Yell At animation, NOT the actual slap one?

AUTONOMY: I can set it for sims with certain traits to have a chance of autonomously calling off the wedding. Right now, I’m selecting Non-Committal, Evil and Mean but also the Romance Sims, if you have my Personality Mod.

The results? The “Call Off Wedding” Mod!

This Mod release includes everything shared above. Sims can use the “Call Off Wedding” interaction to call off the wedding and stir the pot.

Sims who have the Non-Commital, Evil and Mean Traits may also autonomously decide to call off the wedding. However, this requires the modder’s Personality Mod first!

What Does This Mod Do?

Ready to bring back the drama to your Sims’ weddings? The mod is public and available for download from the creator’s Patreon page below. Simply paste the .package file to Electronic Arts > The Sims 4 > Mods folder and ensure Mods / CC are enabled in your game options! 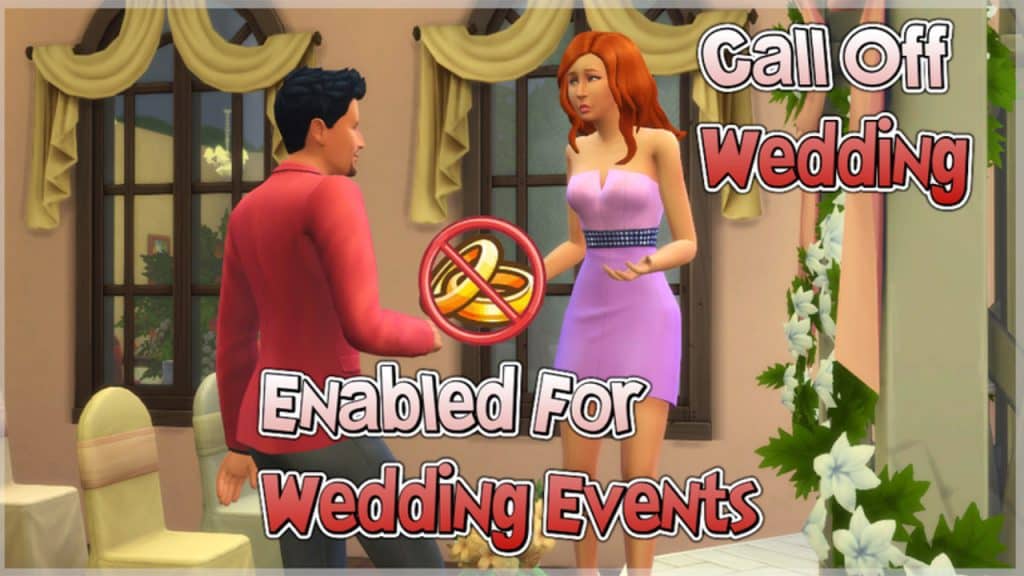