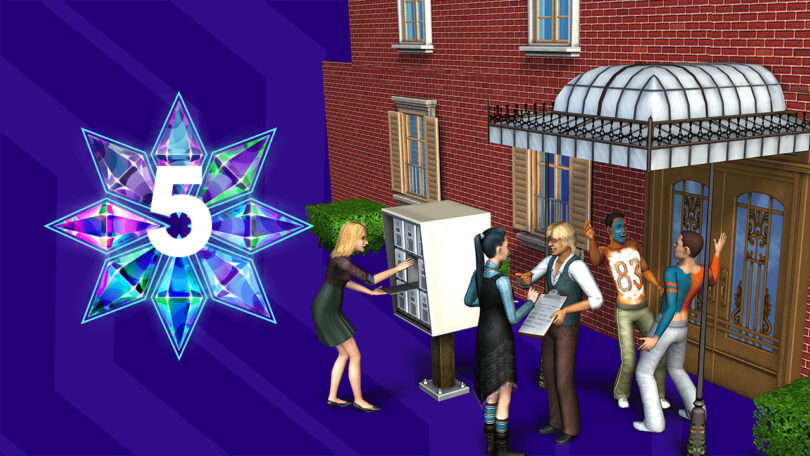 The Sims 5 Apartments feature is already included in the current early version. Will the feature remain for Project Rene’s full release though?

EA has announced Project Rene, also known as The Sims 5 just last week. As stated by Lyndsay Pearson, VP of Creative at The Sims Franchise – Project Rene is currently in development and is years away from being officially released. However, throughout the development of the game EA and Maxis will be taking the players through the development. With transparent updates, Work-In-Progress reports, Early Access and so much more!

Just this weekend we reported on the first official Playtest for Project Rene. Which is set to begin this week!

In the official EA Playtest e-mail we received an official confirmation to a big feature. A feature that hasn’t been included in any of The Sims base game installments before. Yup, I’m talking about apartments!

This playtest will focus primarily on our new object customization tool currently called “Workshop.” This tool is meant to help you customize objects to decorate an apartment. We encourage you to share your creations as well as download what other players have made. And to experience everything this playtest has to offer, remember that you can play with your friends!

Throughout Behind The Sims Summit we also got new previews of what Apartments currently look like in The Sims 5. Considering that the game is still early in development please note that things are subject to change.

Preview of Apartments in Project Rene

In the screenshot from the summit above you can clearly see that the room is in an elevated space. With Apartment hallways and seperate rooms within the Apartment floor.

Are Rabbit Hole Apartments about to become a thing of the past?

The screenshot above also mentions “Apartment selection” in the bottom left part of the User Interface. Clearly showing that any Apartment room within the floor is editable!

The best thing about it? Players can collaborate together and decorate and furnish these apartments together!

Apartments have been first introduced in The Sims 2, through the Apartment Life Expansion Pack. The 8th (and last) EP in The Sims 2 era.

Sims 2 Apartments allowed for players to build and customize apartments from scratch. Allowing up to 4 households to live in a single Apartment Lot.

Apartments in The Sims 3 have been introduced through the Late Night Expansion Pack. This time around, Apartments function like “Shells”. Allowing players only to have one Household within an Apartment Shell at a time.

The Sims 4 got Apartments with the City Living Expansion Pack. The Pack introduces both Apartments and Penthouses.

With Apartments, players in The Sims 4 can only play with the Apartment Shells they have. However, unlike with Apartments in The Sims 3, there are Neighbors. (although you have to go through a Loading Screen to pay them a visit).

Apartments were introduced later in The Sims 4 Eco Lifestyle as well, with new Apartment shells you can live in Evergreen Harbor.

Stay tuned on Sims Community for all the latest news on The Sims 5!

Are you excited for apartments coming to Project Rene? Let us know your thoughts down below!