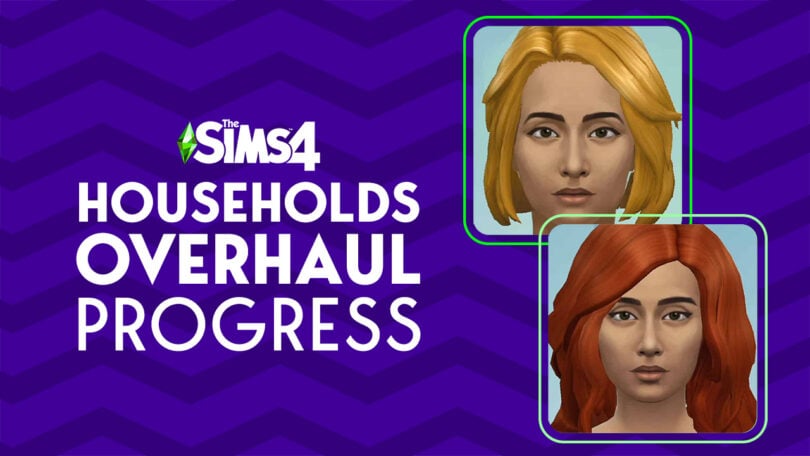 A new statement was released on the development progress of The Sims 4 Townie Overhaul Update. And why it’s taking so long.

Back in August 2021 The Sims Team has first shed the light about their plans for overhauling premade Households in The Sims 4. The “NPC Overhaul” promised to deliver both updated looks of the premade Sims and their lore. The update promised to cover changes for Worlds spanning from Willow Creek to Henford-on-Bagley.

Meaning that all new Worlds with pre-made households from Base Game to Sims 4 Cottage Living would receive an upgrade.

We are currently in the process of updating NPCs in The Sims 4 including visuals as well as their lore. This will take some time to accomplish as we have to spend some time with each and every single Sim from Willow Creek to Henford-on-Bagley. That means we’re taking it step-by-step (or townie by townie) and we’re excited to update you at a later date.

In November 2021 we received a first Concept Art look at the upcoming changes. The team showcased example Households from Willow Creek and Oasis Springs: The Goths and Calientes.

After that, we didn’t hear a lot about the NPC Update until May 2022 when the first iteration of the overhaul was released.

The Goths Family Revamp was the first to arrive through an SDX Drop. With an updated look and facial features that were also included as presets in Create A Sim. For example – Mortimer Goth’s new nose.

After that nothing much was shared about the progress of other Households. Until recently.

SimGuruFrost, Global Community Manager for The Sims has shared insight about the current developments. Specifically, their current status on Household Overhauls.

No ETA for the Update release has been shared as of yet. But, we now know that the feedback sessions for Household Overhauls have been wrapped up internally. As well as why it’s taking so long for the update to come out:

We’re getting close, no date just yet but we’ve wrapped up our feedback sessions with community members.

Bit by bit, things take time for example the nose for the new Mortimer was a brand new sculpt which takes time to make and then add to Base Game for all players to use. It’s also part of our efforts to expand representation in base game presets.

You’ll be the first to know when the Townie Overhaul Update comes out for The Sims 4 right here on Sims Community. Stay tuned!