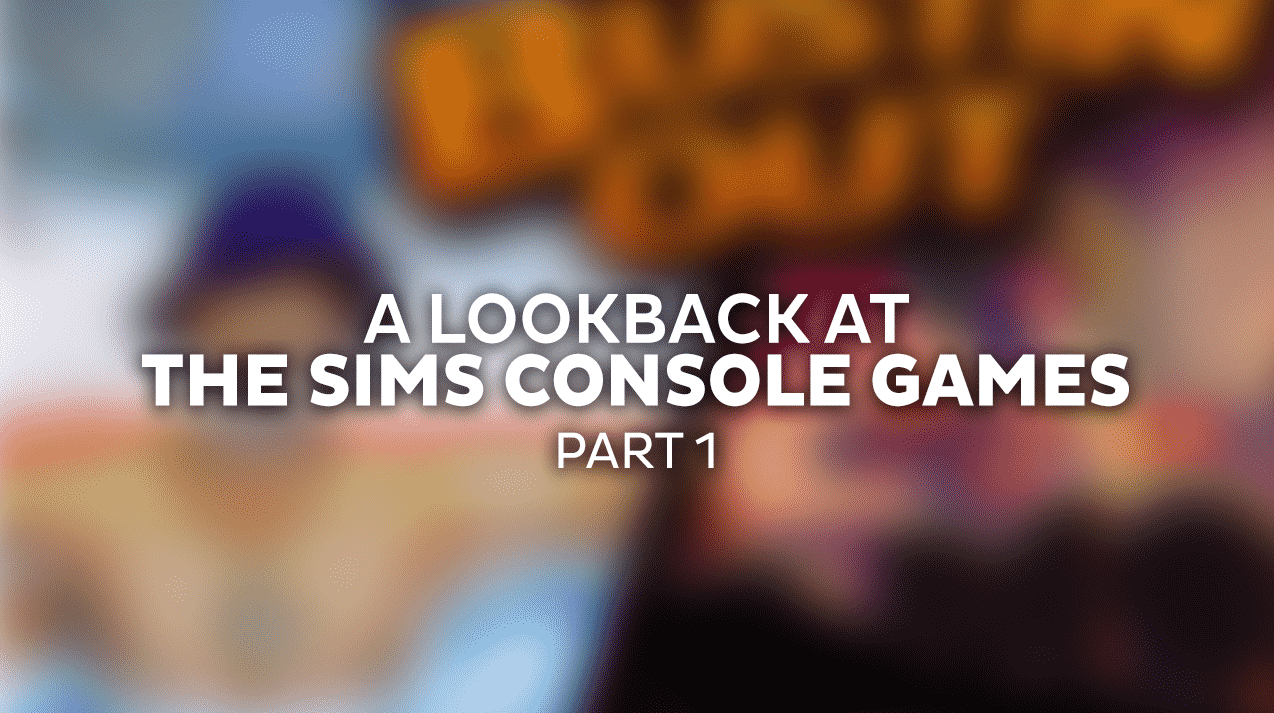 With the announcement of The Sims 4 coming to Xbox One and PlayStation 4 later this year, I decided to take a look back at the console games that we have seeen over the years. Watching some of the trailers brings back so many memories and I’m sure it will for many of you reading this.

This article is part of a series and in this article I will be looking at the console and handheld games from The Sims 1 era. 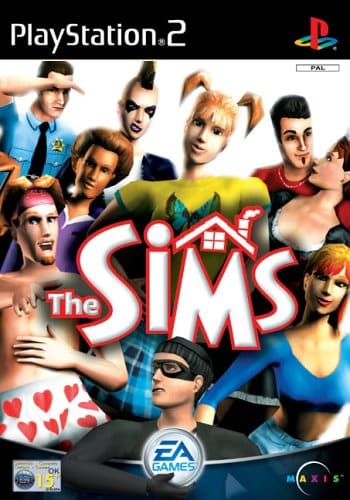 The Sims was released for PlayStation 2, GameCube and Xbox in January 2003. This was the first of The Sims games to come to consoles and it also introduced a full three dimensional camera and environment. The game also saw an object limiter added to the game which restricted the amount of items allowed in each household.

The Sims features two game modes, the first being the Get A Life mode. This mode was an objective based mode where you found your self living at your parent’s home, unemployed and with no money at the start with a dream of owning a yacht.

The second game mode called Play The Sims technically was a free play mode where you could play The Sims how you would if you were playing the PC Version. This mode also came with five pre-made families. This included the Goth, Newbie, Roomies, Pleasant and Bachelor families.

Click here to view the trailer for The Sims on PlayStation 2.

The Sims Bustin’ Out 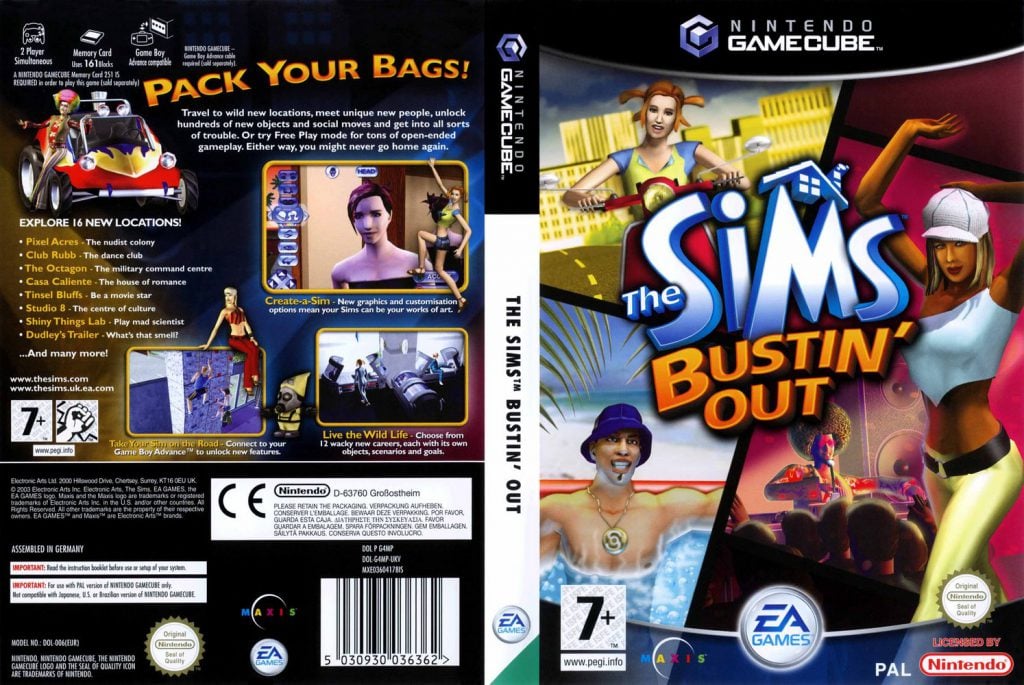 Released in December 2003 was The Sims Bustin’ Out. This was also the first game from The Sims that appeared on handheld consoles. Ultimately this saw your Sims bust out of their homes and into the world outside.

The console version of The Sims Bustin’ Out came with two modes. Freeplay Mode and Bust Out Mode. Similar to The Sims Get A Life Mode the Bust Out Mode was focused on objective based gameplay. The aim was to recover repossessed possession that Malcolm Landgraab had taken from various Sims, return them and then to evict Malcolm from his own mansion. The Playstation 2 version of the game was the first to have online features. The feature was supported until August 2008 when EA shut down the service.

The handheld version of The Sims Bustin’ Out on the other hand was different. Not only was it the first handheld console version for The Sims but the storyline for this version was different. It strayed away from the traditional point and click mechanic that had been seen in previous games but it allowed you to freely move around your character. Unlike the console version of the game, the handheld version was objective based. You had to complete each objective before moving on to the next part of the story.

Click the links below to watch the trailers for The Sims Bustin’ Out.

Also you can check out my previous article where I took a look back at The Sims Bustin’ Out!

The Urbz: Sims in the City 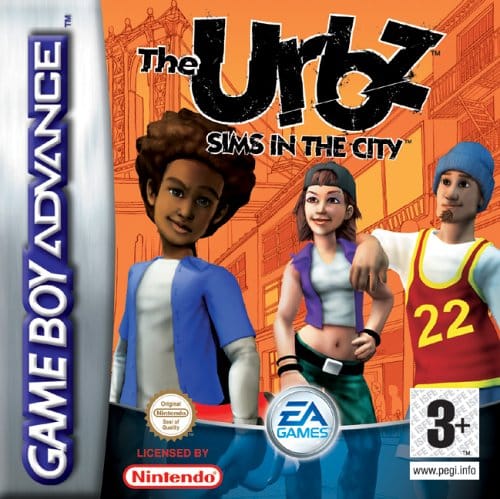 The third game to be released in November 2004 was The Urbz: Sims in the City. This was released on GameCube, PlayStation 2 and Xbox as well as Game Boy Advance and the Nintendo DS.

The consolve version of The Urbz was set in Urbzville and broken down into nine different districts. The main objective of the game was to build your reputation up in order to gain fame and advance to new districts. There was also a selection of mini games which would help increase your skills and also help you with making money in jobs. Additionally the console version of the game also featured real time weather which was a first for The Sims games. The next time we saw weather was in The Sims 2 Seasons expansion pack.

As many fans know the console version of The Urbz also featured The Black Eyed Peas who provided music for the game and also would appear as Sims in the game too.

The Urbz for Game Boy Advance and Nintendo DS had a different storyline. Your Urb lives and works in the city of Miniopolis but is fired from their job. From there you have to find somewhere to call home and help uncover an evil plot and save the city from falling into the hands of a crazy maniac. Sounds pretty easy right? Like the console version of the game there are four groups who you need to earn rep with which will also help you on your way when completing the game.

You will also see some familiar faces from The Sims Bustin’ Out in the game like Lottie Cash, Olde Salty, Misty Waters, Dusty Hogg and Giuseppi Mezzoalto to name a few.

Click the links below to view the trailers for The Urbz: Sims in the City.

That’s it for this article. The next post in this series will look at the console games from The Sims 2 era! Let us know in the comments below or on Twitter if you played any of these games and what some of your best memories are from the games. Also let us know what you think about the upcoming release of The Sims 4 on console too!