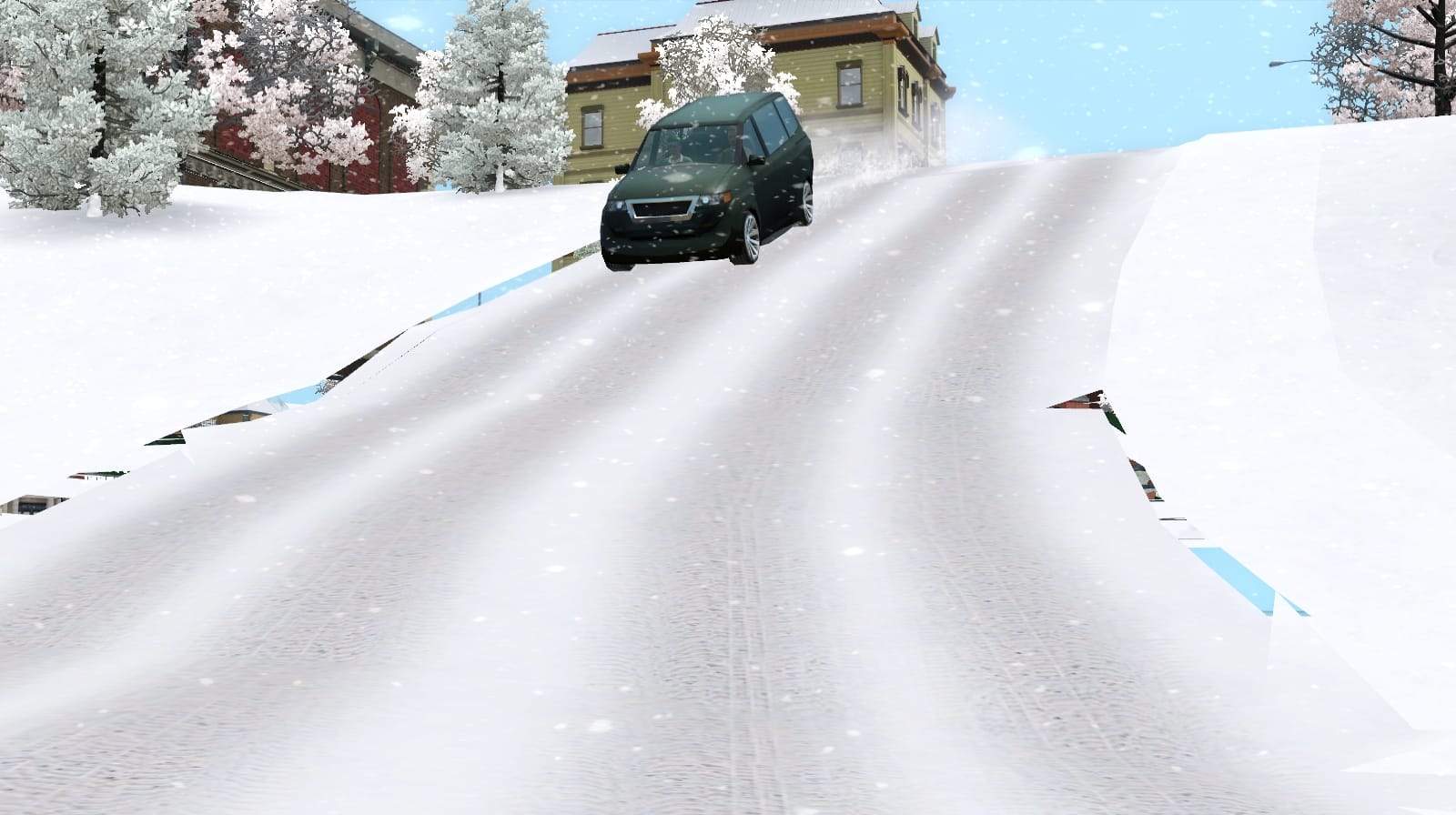 The news about snow not having depth in The Sims 4 Seasons Expansion Pack truly disappointed me. I immediately started comparing it in my head to previous Seasons EPs that we got for The Sims 2 and The Sims 3 and wondered why a game developed in 2014 is unable to do something that games from 2004 and 2009 were able to. Yes, it all looked fantastic in my imagination but when it came for me to open The Sims 2 and The Sims 3 for the sake of this comparison article I quickly realized why snow was never perfect in The Sims Franchise in the first place.

The Sims 2 will definitely take the crown when it comes to adding the best version of snow depth in The Sims Franchise. The second, deep version of snow that you see below looks perfect at first sight. However, there are some imperfections…

The Sims 2 has a closed world, meaning that there are no active neighborhoods and no Sims passing around (sidewalk excluded). Because of that everything beyond your lot will look less detailed, which is why snow on your active lot looks like you applied the “Bevel & Emboss” Photoshop effect to it.

The concept of deep layers of snow on the top of your roof was great, however its execution never looked 100% perfect. 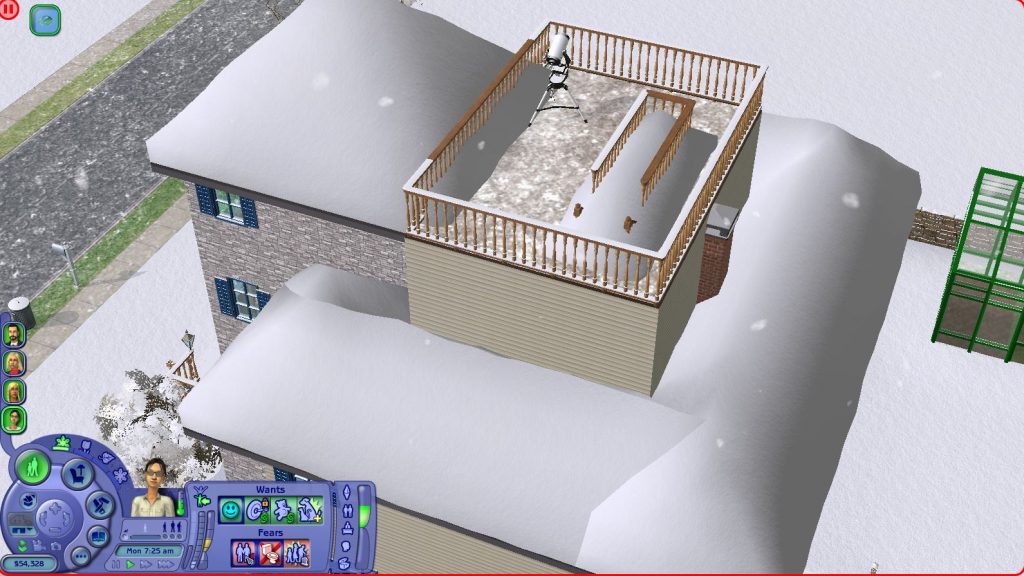 All in all, with all its flaws The Sims 2 still takes the crown for best execution of snow. That probably wouldn’t have been the case if The Sims 2 was an open-world game with each neighborhood / world being alive… 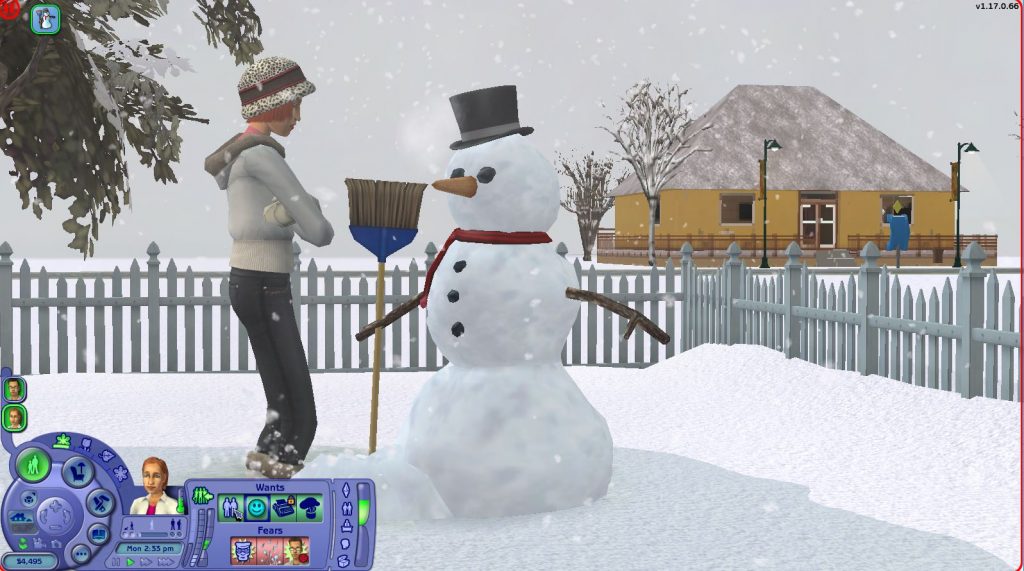 The Sims Team had to step up with snow in The Sims 3, considering that each world and every surface in it had to be covered in snow. It sounds promising in theory, but its execution was very, very poor… 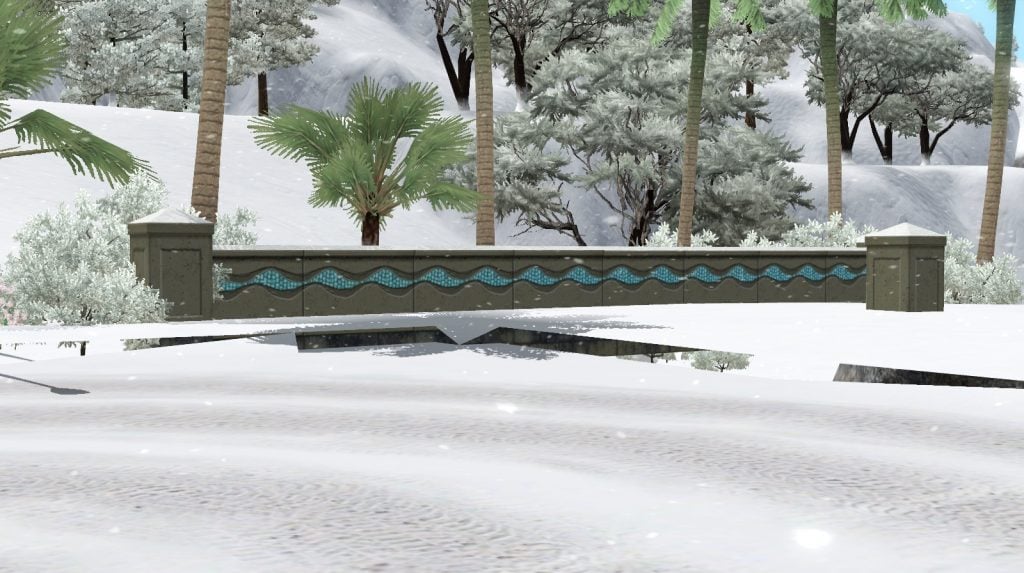 Snow is so complex in The Sims 3 Seasons that there’s a chance it will literally break any world that you’re playing. Its addition of gradual snow layers makes things even worse as it gradually opens up holes near each street and corner. 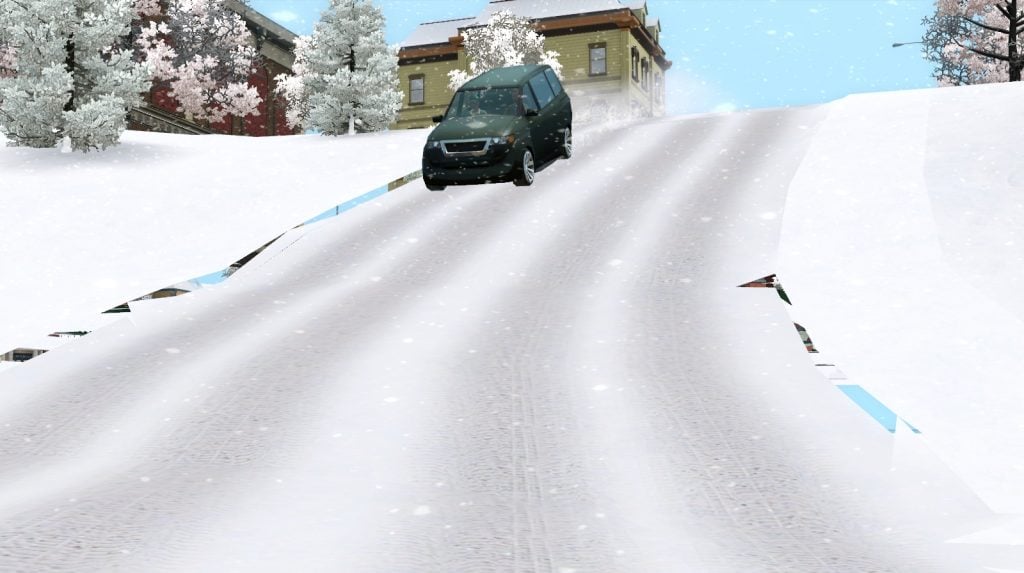 It was always a tricky situation with snow in The Sims 3 Seasons as you might “break the illusion” with the slightest move. One thing that the game definitely did right was the roofs, as they looked perfect with each depth.

Snow in The Sims 4 Seasons will only feature one, flat snow depth that only looks visually striking once you tilt the camera at certain angles.

When it comes to roofs The Sims Team has made some certain efforts to make the snow layers on roofs blend naturally with certain lighting.

The snow looks flat once you tilt the camera at ground levels, but there are enough effects such as snow footprints and gradual transition between the ground and an object placed outside to give you an impression that there’s some depth to it. 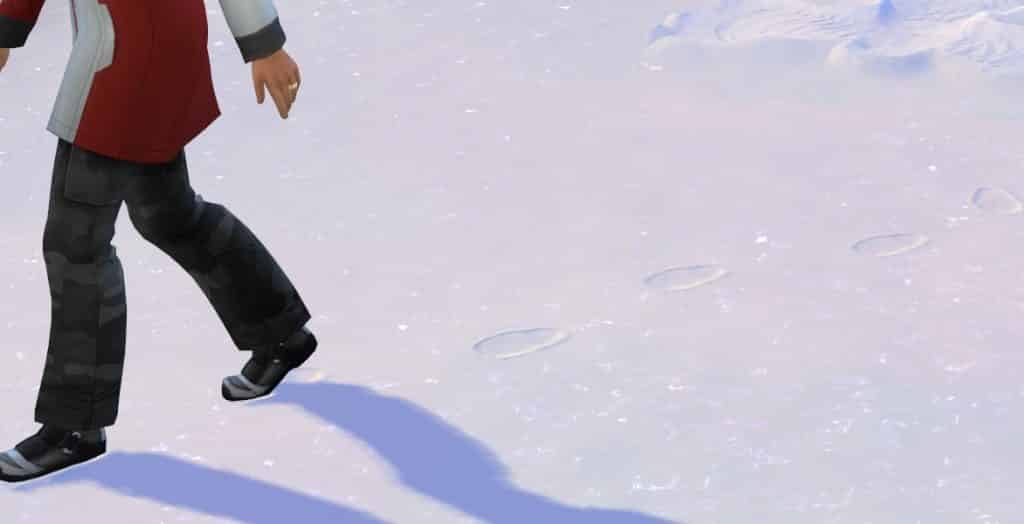 The Sims Team had an opportunity to gamble and ship The Sims 4 Seasons with wanted, but potentially buggy snow depth. However, as Grant Rodiek confirmed himself, the team didn’t have the confidence to do it and instead went with the route to make snow without any visual depth.

I’ve read tons of tweets and comments about the lack of snow depth and the opinions are mixed with no certain conclusion if the community likes or dislikes this decision. I myself am not really satisfied with this decision, but if anything, I’m glad that there’s nothing major about snow that could visually break the game.