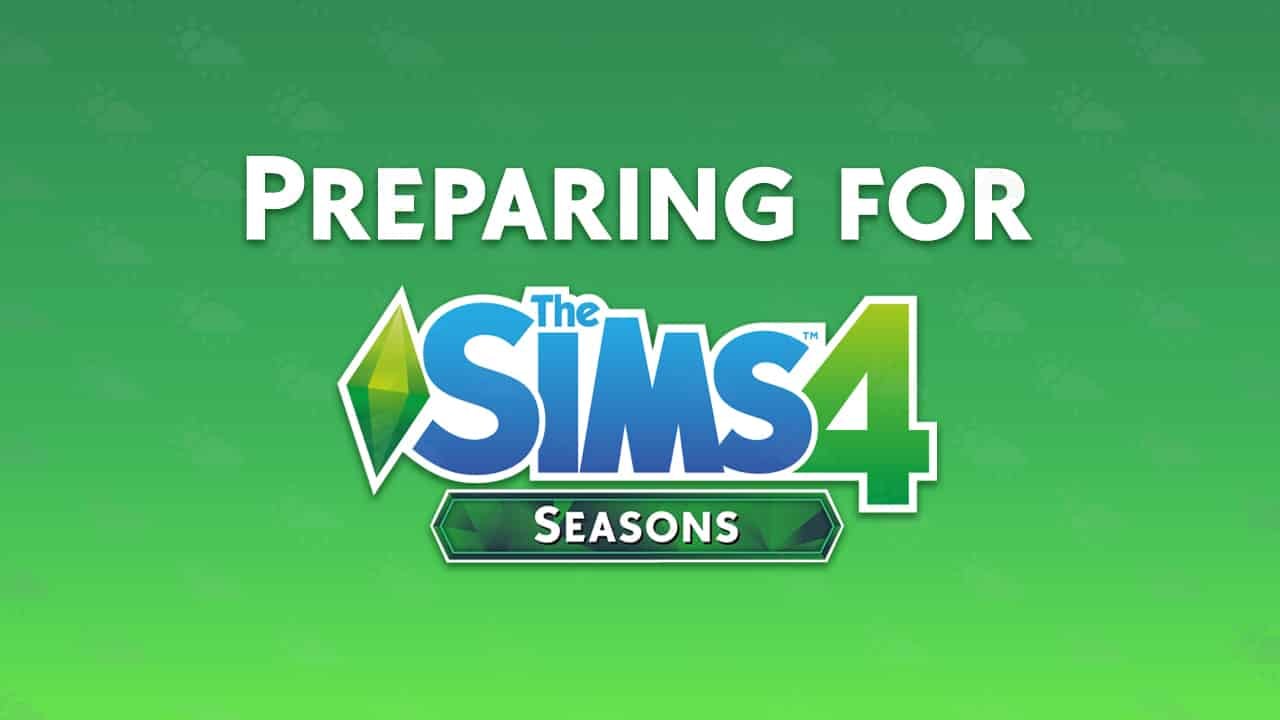 Months and months of speculation have led to this very moment – The Sims 4 Seasons, one of the most anticipated Expansion Packs for The Sims 4 is coming next week! We totally understand if you get lost with the pack after installing it considering it’ll bring new gameplay to each world and everything we have in the game so far!

Here are some tips to help you focus for The Sims 4 Seasons’ release on June 22nd:

Check on your recent households

I don’t know about you but personally my Sims 4 game is FULL of save games and households that I haven’t checked on for months. It’ll be a good idea if you brush through some of your older saves and prepare your households for blizzards and thunderstorms.

Love the house that you’ve built but feel like your interior could use a little Seasons twist? Unfurnish your home so you can be ready when the time comes for adding new bedroom & kitchen items as well as holiday objects such as the christmas tree, menorahs and more!

Remove (only some) of your roofs

The big new update for The Sims 4 is going to bring glass roofs to the game. If you feel like your rooms need more space then remove the roofs and prepare to add plenty of sunshine to your interior.

…or create something entirely new!

Don’t feel like revisiting your old Sims? That’s totally fine! Create a new household and make sure they’re fans of the outdoors because they’ll be spending a lot of time outside once The Sims 4 Seasons comes out.

Build a house from scratch and focus on adding a huge area for gardening – both indoors and outdoors. The new gardening features that Seasons will bring will keep your Sims occupied for hours!

Add a twist to Challenges

Feel like challenges for The Sims 4 that we have so far could use a little Seasons twist? Revisit some of the challenges we have now and think of a way you could incorporate weather, gardening and even scarecrows into one (or multiple) challenges.

We have plenty of Challenges that you can check out on our Challenges Forum!

We know you don’t like doing technical stuff for The Sims 4 but trust me – you’ll be thankful knowing that your game is fully prepared for Seasons.

Cache files help speed up the loading of thumbnails and more little things in The Sims 4. However, it might be a bit too overwhelming for both the game and your PC if you haven’t cleared your cache in a while. To make sure The Sims 4 runs smoothly for The Sims 4 Seasons, make sure you clear your cache files as explained in this post!

The Sims 4 Seasons will change the way graphics and the environment function and look like in the game. Also, there’s going to be a few new outfit categories added that might potentionally break CC and Mods that you already have.

To make sure your game doesn’t break with all the Mods / CC that you might have, regularly check on the original sources of your mods and see if they’ve been active recently to make sure they’ll be putting out an update for their mods / checking if their mods are compatible for the upcoming Sims 4 patch.

The Sims 4 will automatically disable your mods after the update but it’s best if you check if every mod will be functional after the upcoming Sims 4 update.

Back Up your Save Game

The Sims 4 Seasons is a gamechanger and therefore it is not guaranteed if it’ll work perfectly for everyone. Before installing the upcoming game update or the expansion pack itself it’s best if you back up your save game in case things go wrong.

Make sure you meet the System Requirements