Please note that this post is pure speculation and doesn’t contain any official confirmation from The Sims Team!

Yesterday The Sims Team has uploaded all of the Sims that are being used for The Sims 4’s new branding. More specifically you can see these Sims on the official social media outlets as well as The Sims 4’s new box art cover: 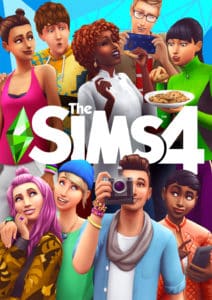 One Sim that specifically stands out with her backstory is the female Sim rocking a green sweatsuit on the top right corner. Check out what the description has to say about this Sim named Morgan Park:

Morgan is all-in, all the time. Driven by her life-long love of sport, Morgan believes life is meant to be lived, not spent behind a desk. She’s always up for any adventure her friends suggest, and always pushes herself to do more. With her track and cross-country scholarships, she was always a top performing athlete at university. She’s currently training for her first Iron Man competition, which means a lot of time in the pool and on a bike. 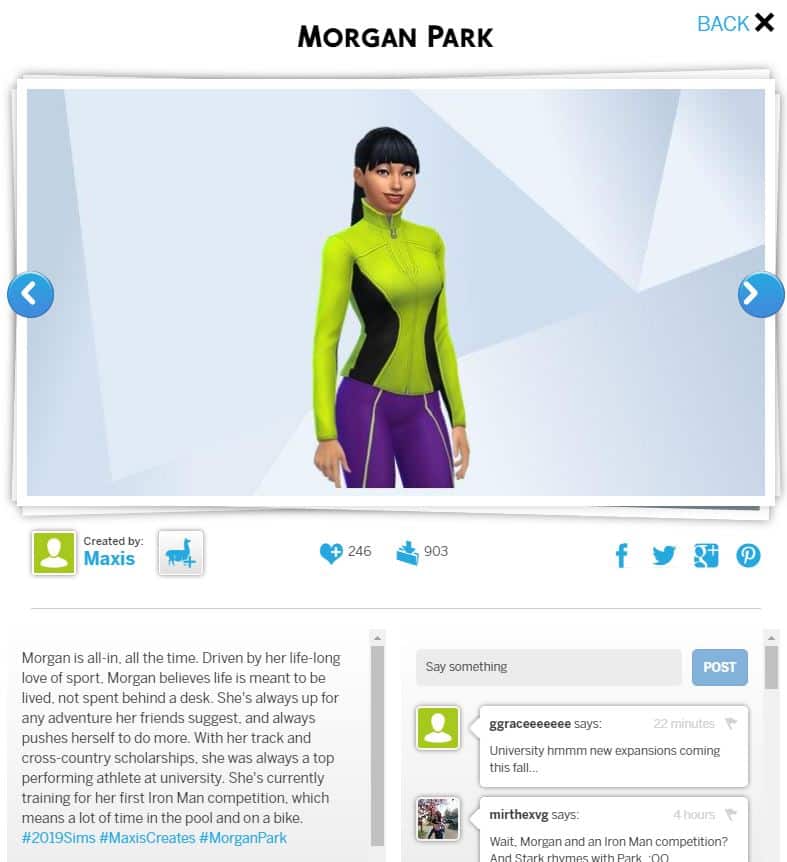 As you can see, Morgan Park’s backstory mentions that she has a cross-country scholarship and that she was a top performing athlete at the university. Not only that but the description also mentions bikes!

Now, you’d probably think that the creator of these backstories may have gotten carried away a little bit. However, there’s more.

There’s a Sim named Dela Ostrow who also has an interesting backstory. Check it out:

As a kid, Dela lived all over the world, shadowing her mum—a globally sought-after fashion photographer. That experience gave Dela an inherent sense of optimism and a deep entrepreneurial spirit. She recently launched her first fashion line, and her unique pieces and global style is starting to get press. Her girlfriend Mia—a designer in her own right—helps keep her informed of trends outside the fashion industry. 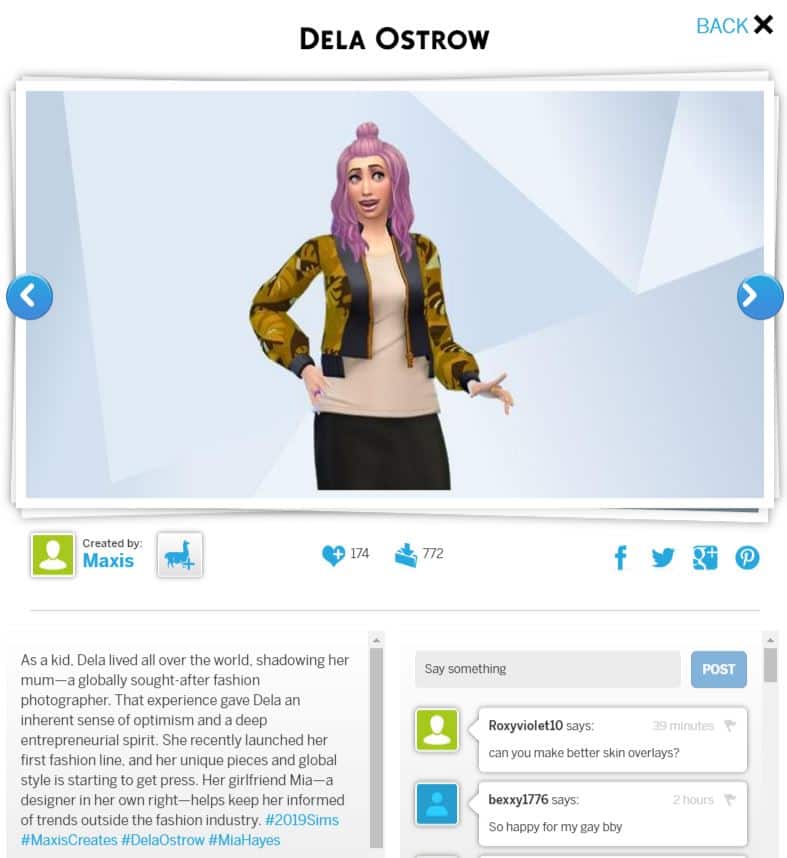 Her backstory mentions her mother being a fashion photographer – something that’s been confirmed to be coming with the upcoming The Sims 4 Moschino Stuff Pack.

Currently we don’t have any official proof that The Sims 4 University is next in line. Still, these backstories could be onto something. Each backstory for these new Sims contains at least a few gameplay elements that we currently have in the game. For example, Mia Hayes is a freelance programmer, Sydne Wright has the bussiness career assigned, Hunter Evans is focused on growing his social media presence and more.

Except for  Morgan Park and Dela Ostrow who could be hinting at what’s to come to The Sims 4, all of the other Sims have a backstory that feature gameplay elements we currently have – described more or less ambitiously than it actually is in the game.

This could be just an overly ambitious description that was written for Morgan Park but it could also mean that the team is purposefully hinting that The Sims 4 University is coming. After all, Maxis is probably aware by now that the entire community has been screaming “University” for months and they probably wouldn’t write up something like this if they’re not planning to release it.