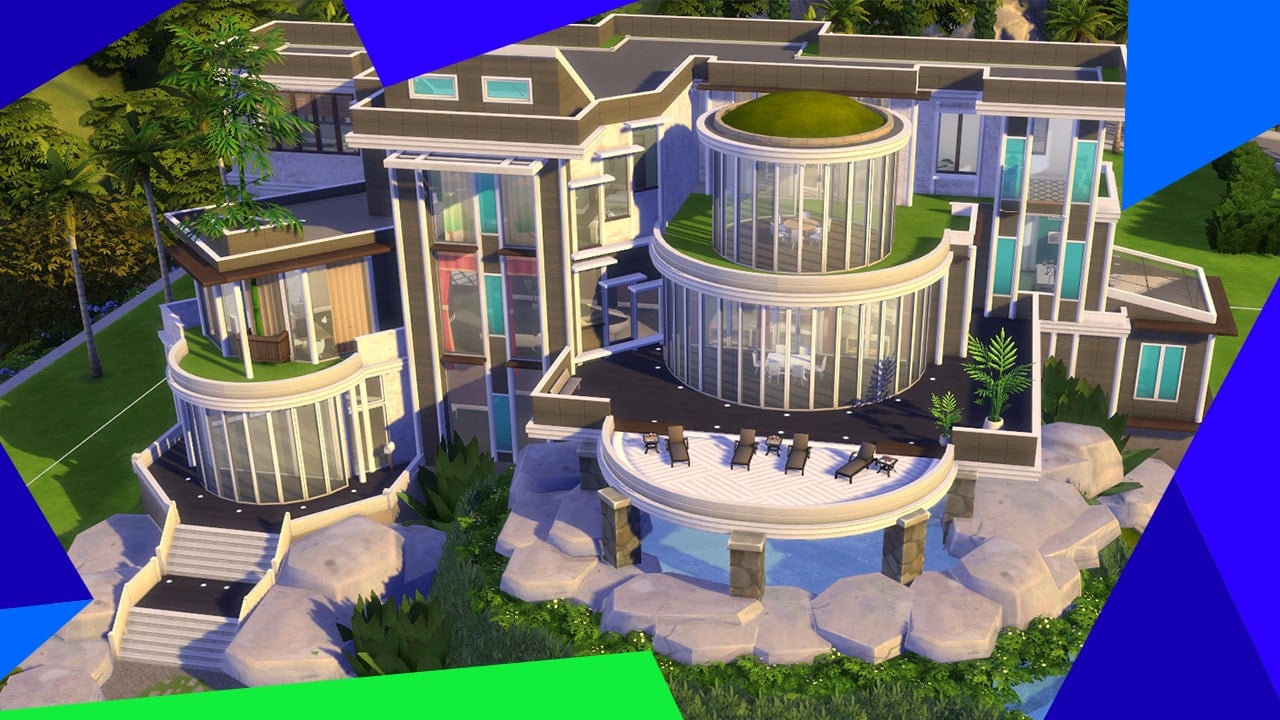 I’m Heathermoon, yet another new addition to The Sims Community. Since my introduction with TS1, I’ve dreamt of working on the game’s creation. Today, I’m just a few months from finishing my studies in game design to pursue that dream! My personal Sim gameplay is spent in build mode. While I don’t claim to be an amazing builder, I still keep my fingers crossed that I’d get a Maxis Favorite every time I upload a new build. There are so many great Simmers out there that don’t get the spotlight they deserve, which is why I plan to focus a lot of my writing on Simmer Spotlights. Do you follow an amazing Simmer that you believe deserves the spotlight? Reach out and let me know in the comments below or on Twitter.

For my first Simmer Spotlight, I’d like to present my personal favorite Simmer, Kate Emerald. As of today, she has 50.3k YouTube subscribers and 133 Shares in the Community. She is known for her CC-free tutorials and speed builds.

I found Kate Emerald in a Simmer Facebook group we’re both in a little over a year ago. The big thing that stood out for me is her amazing tutorials where she takes building concepts that seem impossible to the Casual Builder and demystifies them.

Want circular “walls”? Check out the Round Base Game Mansion Speed Build!

…or do you want to learn how to build Infinity Pools?

She was a pioneer in foundation-based L-Shaped stairs before L-Shaped stairs were a patch addition. A lot of her builds have seemingly-impossible round and angled features and she utilizes items in a way I’d never think to (maybe I’m just not creative or resourceful!). She has made tuts on how to build curved paths, attic and roof windows, round pools, multi-level connected rooms, waterfalls and so much more – all functional! As well as tutorials, she has Speed Builds covering residential, base game, pack specific and community lots.

She has been playing The Sims since TS1 and has dutifully played every iteration since. An average mansion build takes her about 6-8 hours to complete- excluding breaks. Looking at her builds, you’d think she is using a reference or sketching a draft first but she says she usually starts with a small thing, like an idea for an entrance, and “then I just add more and more stuff and see how it goes!”. The result- beautiful and intricate mansions! This can be seen in the Round Base Game Mansion – Speed Build video (linked above) where she states that what initiated the build was her wanting to try making the round rooms she and another builder were discussing. 6-8 hours later and we have a huge, modern mansion.

She says her biggest inspiration is SimKim. “I look up to her a lot, she is a lovely person. She gave me a shout out early on and helped me a lot.” She goes on to talk about the Simming Community, “There are so many amazing creators in this community and everyone brings something new to the table. The community as a whole is a huge inspiration for me!”.  This point is made stronger by her thankful shoutouts to fellow Builders she collaborates with and has learned from in each of her videos, diligently citing their pages in the descriptions. This past September she even held her very first Shell Challenge! 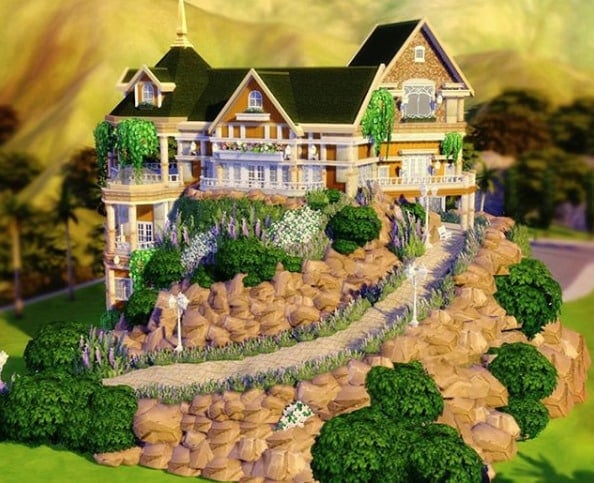 This sense of community and lifting each other up is exactly why I think Simmer Spotlights are important. In this vast network, Simmers build on each other to create mind-blowing Builds, Sims,  CC, Mods, Challenges, and Let’s Plays.

You can find Kate Emerald on the following outlets:

Sul Sul! I’m Heather, a 27-year-old Simmer and I’ve been playing since I was 8! I love building and I’m really good at playing the same household over and over again with each new game. When I’m not playing, I’m finishing my schooling in Game Design, practicing aerial or making some weird historical outfit! I love showcasing Simmers, so if you have someone in mind feel free to reach out!
Origin ID: heathermoon017