The Sims Team has published one of the biggest, most important surveys for The Sims 4. The survey talks about a lot of things – from letting us rate our satisfaction with the latest update to talking about improvements we want to see in The Sims 4 Base Game and it’s potential upcoming paid content.

However, one of the most interesting questions that the survey has asked (at least in my opinion) is the question that asks Which previous EPs and GPs do we want to receive more polish and additional development. 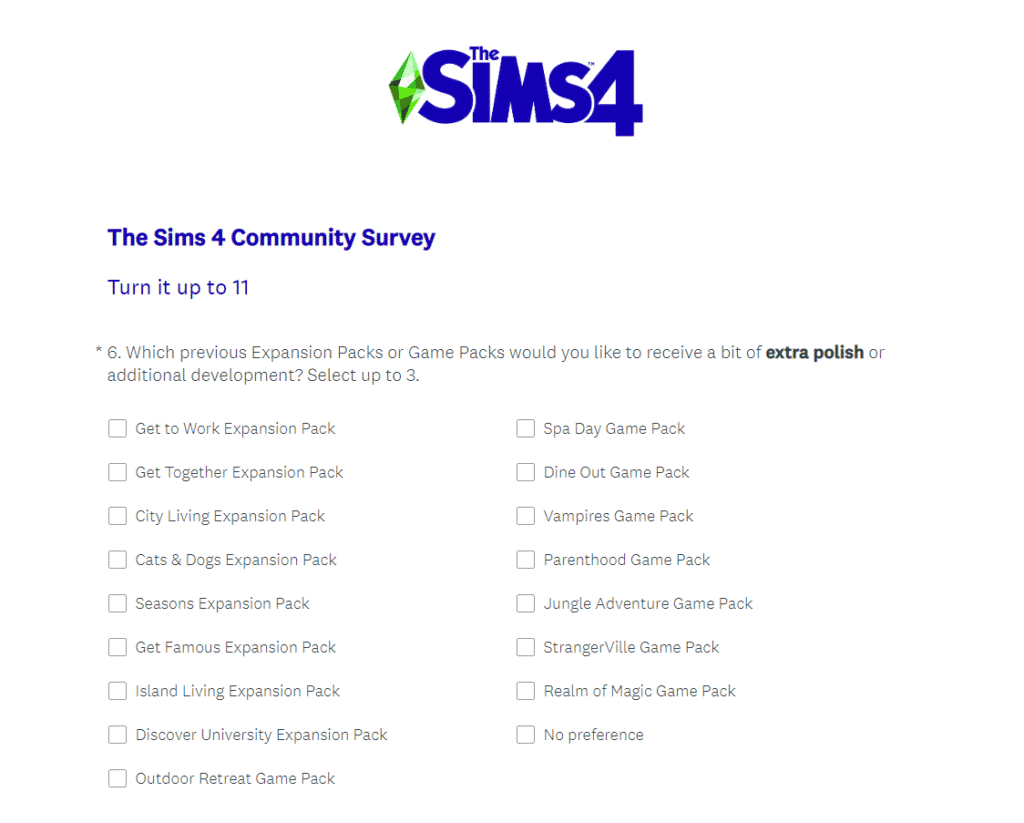 The official survey listed all of the Expansion Packs and Game Packs that have been released to date – from Get to Work to Discover University (Expansion Packs) and from Outdoor Retreat to Realm of Magic (Game Packs).

Now, it’s no secret that the community has been asking for more polish and content to EPs and GPs that have already been released. For example, The Sims 4 Cats & Dogs Expansion Pack came with debug features that allow you to control Cats & Dogs firsthand. However, it can only be unlocked through a mod. 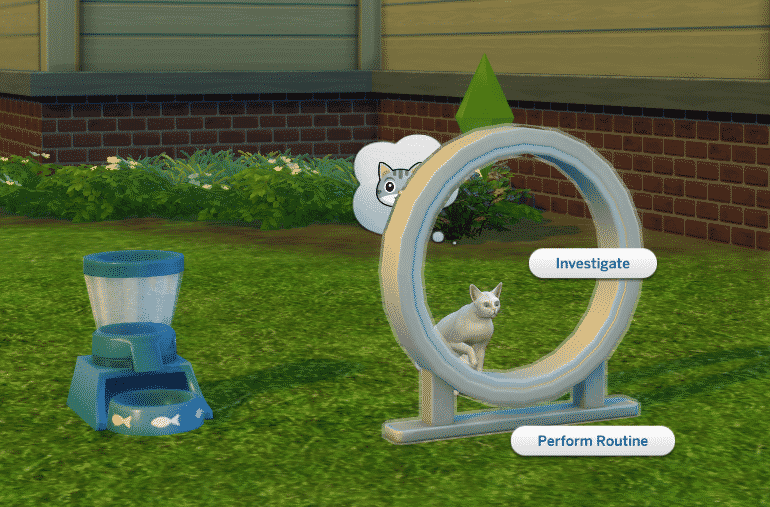 There’s also been plenty of feedback on the Island Living Expansion Pack just not having enough content to play with and that the pack is pretty to look at and useful for its new CAS / Build Items. 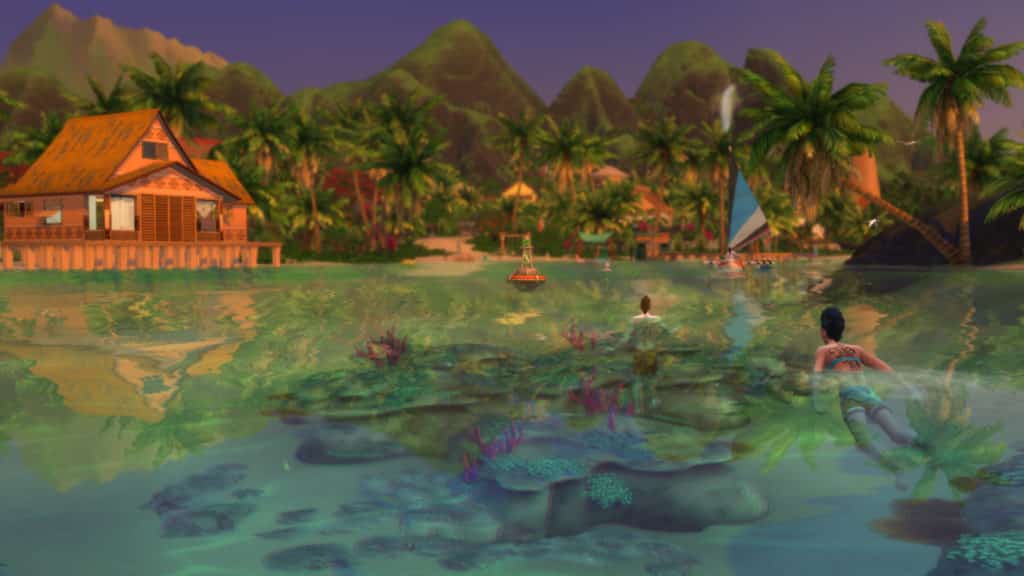 Also, don’t get me started on the cluttered User Interface that comes with The Sims 4 Discover University when your Sim enrolls to college with 2 classes or more…

These are just some of the things that The Sims 4’s current packs could improve upon.

The Sims 4 January 2020 Community Survey is open right now so make sure you vote while you still can!