The Sims 4’s latest update has fixed a few things and added a slight change to the Main Menu. I was looking around the Main Menu to see what the slight changes were, but as a player who has all The Sims 4 content I didn’t notice any “small visual and functional improvements to the Main Menu” – as the team stated in the Patch Notes. Turns out, the change that they’ve made were done only for players who don’t own certain packs.

If you’re a player who doesn’t have, let’s say, My First Pet Stuff Pack, you’ll probably be getting a “Pack Spotlight” prompt screen the moment you load up the Main Menu. It doesn’t feature anything new in particular nor does it give you an extra in-game discount or anything – it’s just there to remind you that you don’t own that pack and that you might be interested in getting it. 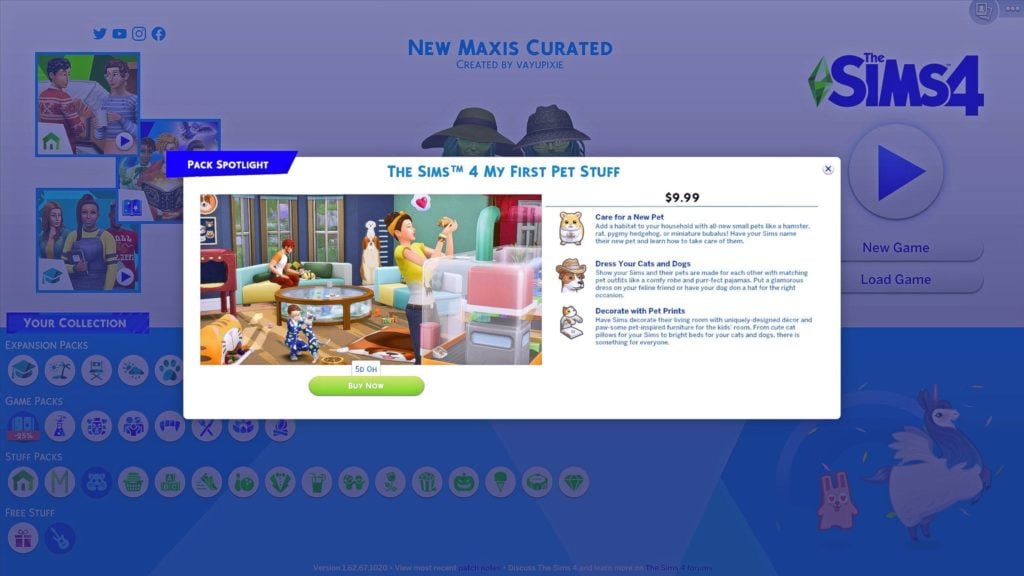 Although it’s not made clear which packs are being recommended to which players, I’m guessing that these Pack spotlights will feature randomly selected Packs from the collection of Packs that a certain player doesn’t own yet. It’s also not known how often these Pack Spotlights will be popping out every time you open up the Main Menu but hopefully it’s not too often as this new system already seems a little bit…intrusive. 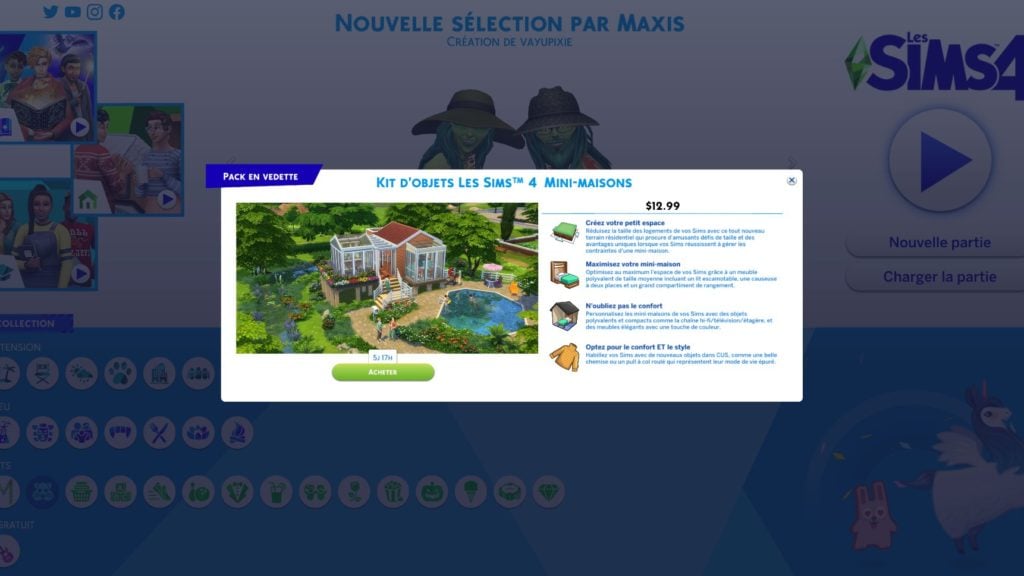