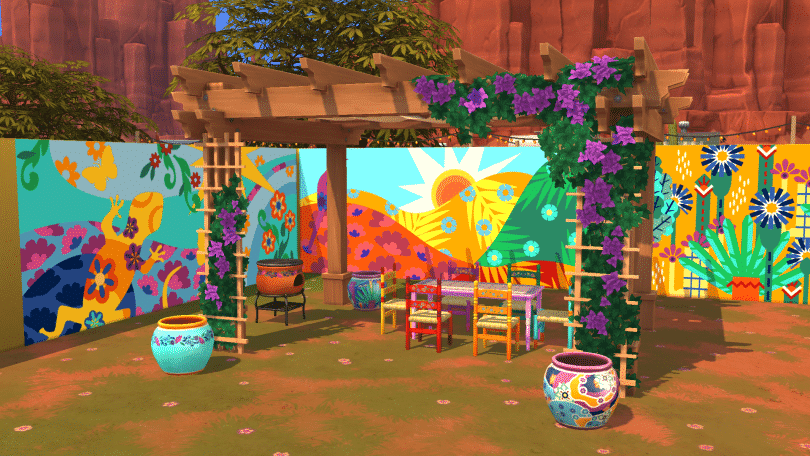 In honour of Hispanic Heritage Month in the US, The Sims Team has released an update adding a variety of Hispanic-inspired Build/Buy objects, CAS additions, and new food recipes. 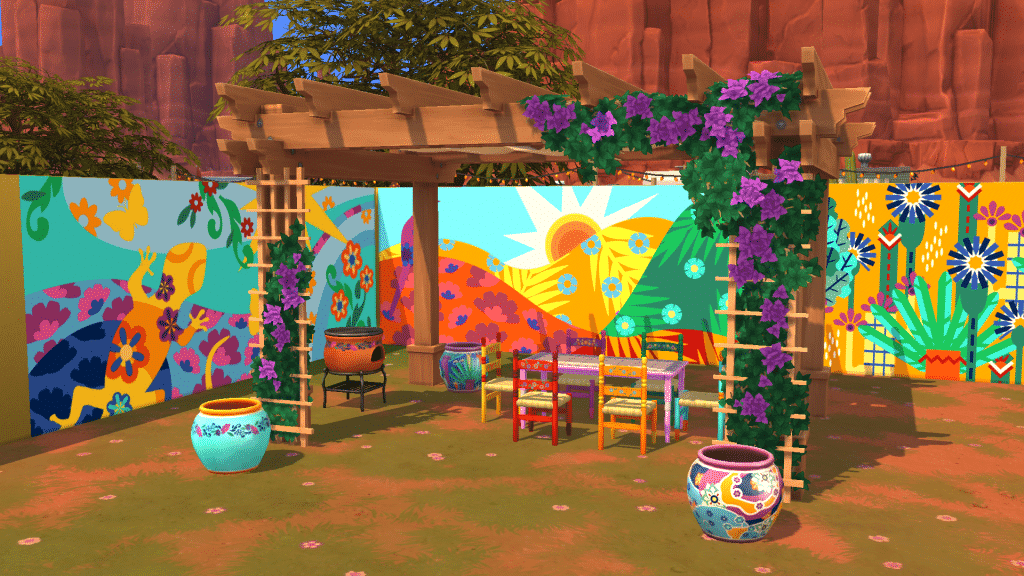 A total of six new Build/Buy items have been added to the base game, pictured above. Each item comes with a variety of colourful swatches.

There is one new feminine top and one unisex top for adults. Both tops come with a large variety of different designs and patterns. The designs were created by Chicano artist, Mister Cartoon, in his distinctive artistic style. 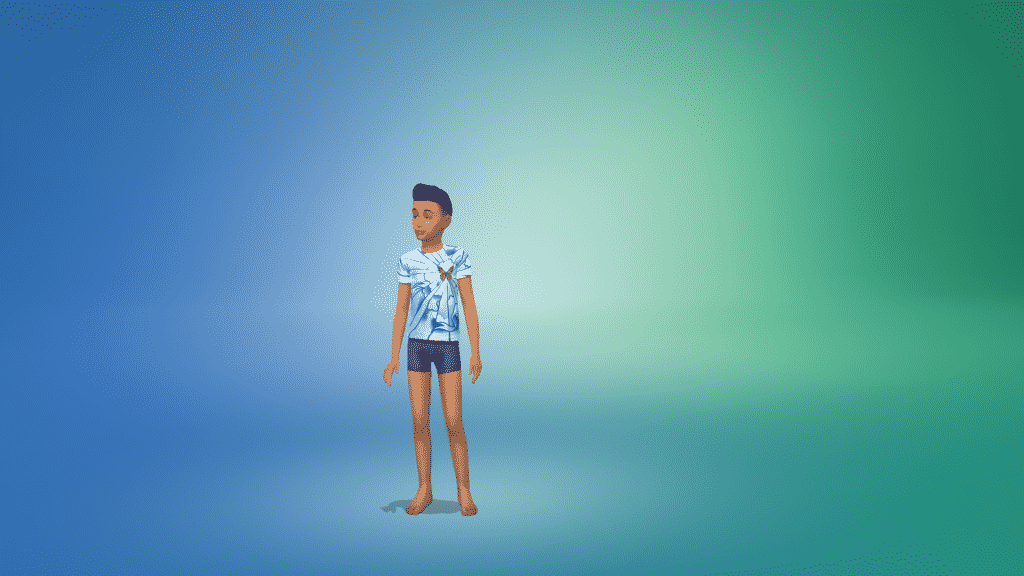 Mister Cartoon also designed one new unisex top for children in the same colourful patterns and styles as the adults. 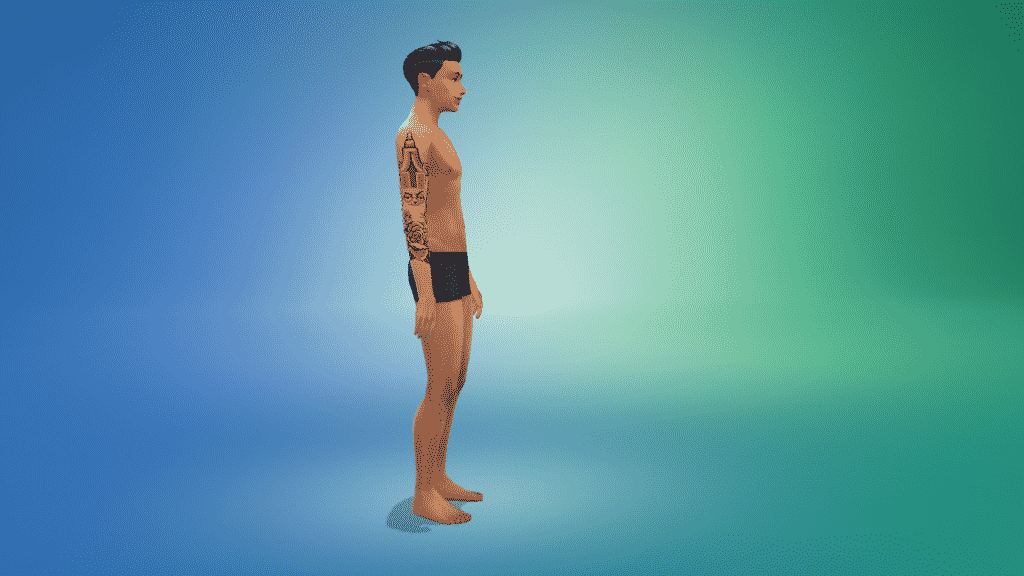 Since Mister Cartoon is a tattoo artist, it only made sense to add a new tattoo designed by him to the game as well. The tattoo features an edgy Freezer Bunny design and is enabled for both masculine and feminine Sims in CAS.

NOTE: While not new additions to the game, some existing assets have been updated to be more inclusive. All existing skin tones in the game are now uncompressed by default for a smoother appearance, and two base game African hairstyles have been retextured. The Sims Team says this is just the start of their efforts to further embrace diversity and improve on representation. 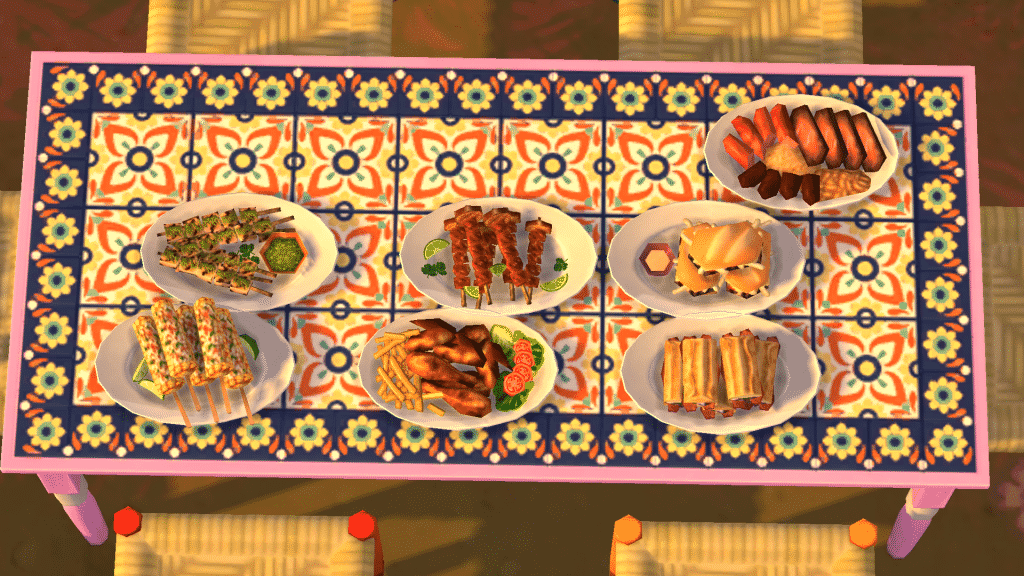 In addition to the new objects and CAS items, a total of seven new recipes have been added to the game, inspired by various Latin cuisine from around the world. All the new recipes can be cooked on the new grill that comes with this update (or any grill, for that matter).

What’s your favourite new addition in today’s update? Let us know in the comments or come chat with us on social media!

Numerous bug fixes were also included in this update. For a full rundown of all the bug fixes, check out the official patch notes here.