After announcing just a few weeks ago that they’ll be revealing The Sims 4’s 10th Expansion Pack in the coming weeks, The Sims Team has quietly put up a teaser on The Sims 4’s Main Menu.

The teaser revealed that The Sims Team will be doing a full reveal of the next Expansion Pack for The Sims 4 on October 20th! The reveal will begin with the announcement trailer on their official YouTube Channel at 8AM PT / 5PM CET / 4PM BT, with other information and a whole new news cycle coming shortly after. 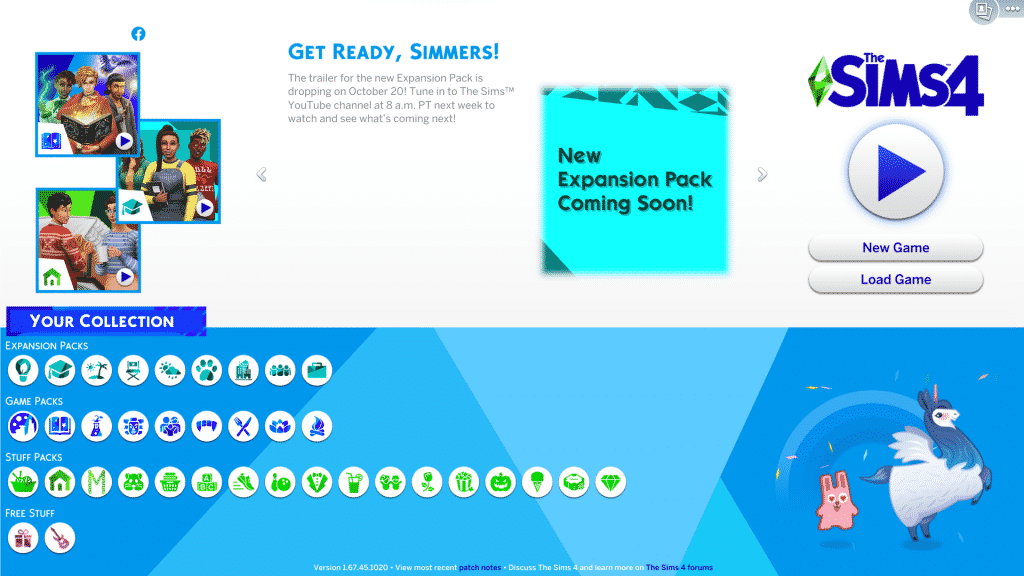 The Sims Team has already set the expectations a few weeks ago saying what the next EP won’t be about:

In just a matter of weeks we’ll be sharing more about our next Expansion Pack, which we’ve been working on since last year. I want to set expectations now, though, that cars, babies, farms and bunk beds are not part of this EP. We understand how important these features are to you but we want to be honest that they are not part of this upcoming pack.

We’ll be keeping you up to date about the next Expansion Pack right here on Sims Community so stay tuned!