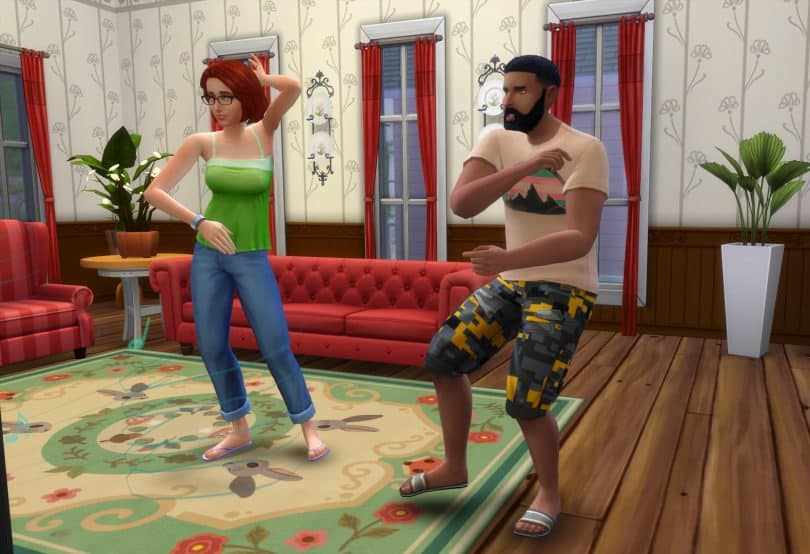 There is no denying that The Sims soundtracks have some great songs on them. Now, I’m not talking about the ones that we hear on the radio, they are in a league of their own, but the game’s soundtrack overall. Over the years, there have been many standout songs, including the infamous Pineapple song from The Sims on Holiday/Vacation.

On a regular basis, I find myself putting one of The Sims games soundtracks on in the background, and it got me thinking about my favourites from each game. Luckily enough, many of these can be listened to on Spotify, including the original The Sims soundtrack.

This proved harder to do than I originally thought, as there are just so many tracks I wanted to choose. However, here are my top song from each of the main The Sims game soundtracks

The Sims – Under Construction

Ahh, the nostalgia. To be honest, the whole soundtrack is brilliant, but this particular song always reminds me of the countless hours I would spend sat in build mode trying to figure out what I was doing or what to build next.

While this is not part of the original soundtrack, I do want to give a special mention to this particular ten-second sound.

When ever I think about The Sims 2, other than the game’s main theme, this is the track that comes to mind. It’s just so upbeat and bubbly that it just makes me feel happy and smile whenever I hear it.

The Sims 3 – Aisles of Miles of Smiles

I actually found choosing a track from The Sims 3 the hardest, as I just wanted to include them all to share in this post. For me, this track is just one that I find myself humming along to when I hear it playing in game. Like Simsation from The Sims 2, it’s upbeat and never fails to make me smile.

Take This is another song that is just relaxing to listen to. I usually find this one plays in Build Mode for me most of the time. I was torn between choosing this track or Sul Sul. Overall, it’s just a pretty chilled out song.

What are some of your favourite tracks from The Sims games? Let us know in the comments below.