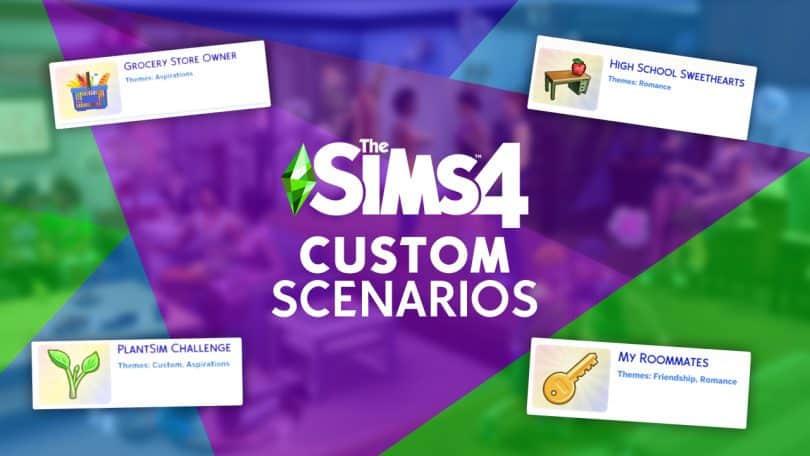 It hasn’t taken long for the modding community to explore all of the potential there is to Scenarios that have just recently been released to The Sims 4. In fact, just hours after their release modders were able to confirm that creating Custom Scenarios for The Sims 4 is completely possible!

Modder @ChippedSim reported shortly after the update that they were able to implement a Custom Scenario to The Sims 4:

Good news! Custom scenarios seem to be possible 😄 Just did a quick test!
A quick heads up for modders: They have to be 32 Bit to be displayed correctly! pic.twitter.com/Z6l3nCrlbP

It hasn’t taken a lot for other modders to follow suit with their own iterations of Custom Scenarios. @SrslySimsMods has shared their current development of two Custom Scenarios that they’re working on. One of the Scenarios is focused on the concept of being a Grocery Store Owner:

About to make a bunch of new scenarios. This is going to be a lot of fun. What a great addition to the game. pic.twitter.com/x8vQJZtIOS

…while the latter one focuses on bringing back the PlantSim occult, which are for some odd reason still locked away after the limited-time Spring Challenge in 2016:

Modder @KawaiiStacie has already been hard at work checking out all the modding options for Scenarios. That’s exactly how their first ever Scenario Mod came to life – High School Sweethearts!

This Custom Scenario comes with a backstory, simple requirements and 4 different potential outcomes: 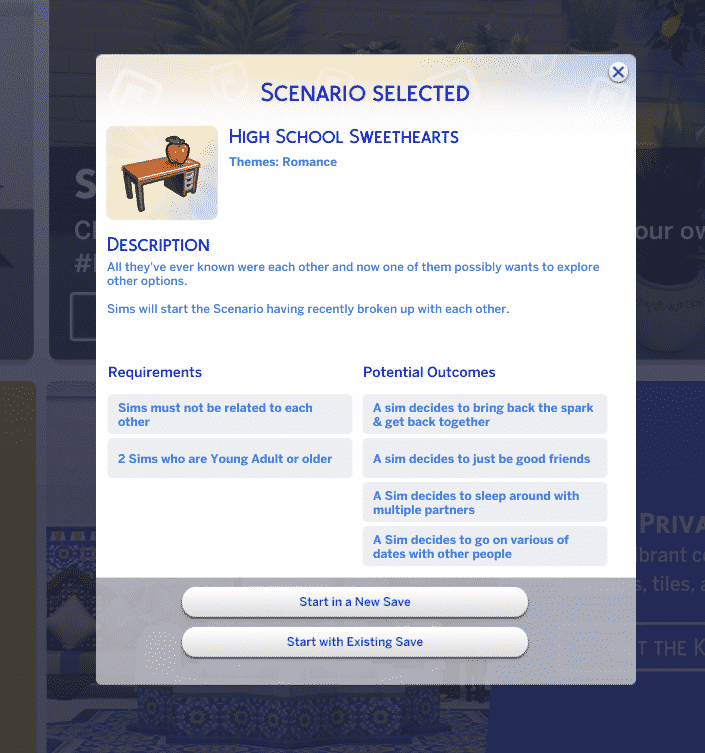 This Custom Scenario can be downloaded right away to your game by clicking the Download button below. The instructions for installing Custom Scenarios are the same as for installing Mods / Custom Content – simply paste the .package file to your Electronic Arts > The Sims 4 > Mods folder. Ensure you have Mods / CC enabled in your Game Options!

KawaiiStacie is already working on another Custom Scenario called My Roomates! You can check out the Scenario Preview below:

I think this one I made should be a reality show! pic.twitter.com/zZdqPAegoS

The Scenarios Feature is still fresh to the game which is why we should be patient just for a little bit longer to see the full potential of Custom Scenarios. The Sims Team shared with the release of Scenarios that this is only the “first version” of Scenarios, which is giving hope to both the players and the modding community that there will be more complex tools to play with in the future.