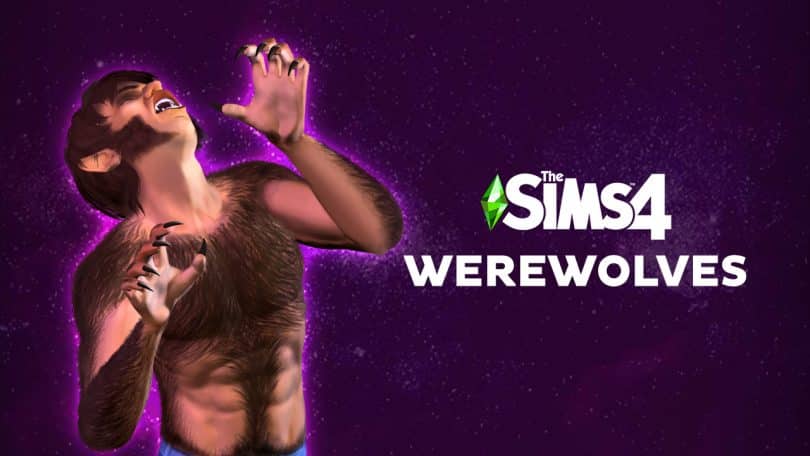 The teaser for new roadmap from May till the end of June is here, and it looks like Simmers who voted in our Quick Community Poll could be correct!

The 14 seconds video gave some hints, one of them being a clear awooo under the moonlight! Combining the menacing howl, with the fact one of the hints is a game pack tentatively called Go Wild…

Is it possible? Is it? The Werewolves?!

The Werewolf History in The Sims

We’ve already seen them in The Sims 3: Supernatural Expansion Pack, alongside with vampires, witches, fairies, genies and zombies. The theory doesn’t sound too far fetched, as we already have some of those in The Sims 4.

Werewolves have been a staple in The Sims lore since The Sims: Makin’ Magic, where it was possible to cast a Beauty or Beast spell on other Sims, turning them into werewolves. They continued with The Sims 2: Pets, where Sims could become Werewolves when bitten by the leader of the pack or transformed by the savage interaction. Sims 2 werewolves could fight burglars, train dogs and if you get sick of the life as a night walking beast, get cured by the Gypsy matchmaker.

But I think I speak for everyone when I say werewolves made the biggest impression in The Sims 3: Supernatural, where they had a rich social hierarchy and a hidden werewolf skill, known as Lycanthropy. During a full moon, werewolf Sims will transform, weather you want it or not, and the chaos ensues. Causing the surrounding non-occult Sims into panic. So much fun to be had while climbing to the top of your wolf pack or implying mother was a poodle…

The Werewolf Possibilities in The Sims 4

What do all of these werewolf iterations have in common? Lunar cycles and body hair. They were a thing before and they could seamlessly work again. With the existing calendar system, lunar cycle seams obvious and body hair… Why don’t we have body hair yet?

Having in mind how the other occults function in The Sims 4, Werewolves could possibly work like vampires, aliens or mermaids, with a human form and a supernatural form. In this case it would make sense to bring back the Lycanthropy skill, since there has to be a top dog (pun intended).

For those wanting to play with werewolves (and faries), there is already a mod extensively covered on our site!

The Sims 4’s upcoming Roadmap lasts for this May and June for the year of 2022. We’ll keep you updated on news as they get revealed, so stay tuned!