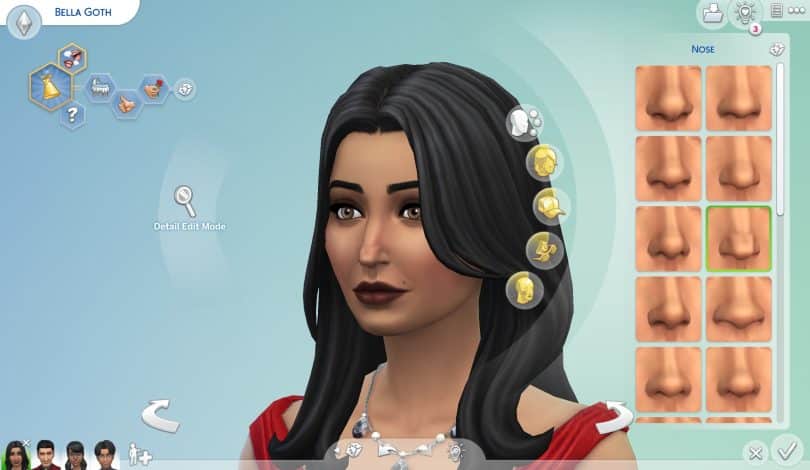 Could The Sims Team be preparing the game for the upcoming Game Pack?

Yesterday’s SDX Drop for The Sims 4 has brought in a new revamp of The Goths Family, along with a new set of items in Build Mode.

The revamp of The Goths Household has new looks for each family member, with updated looks that feature some of the additions from previous Content Updates for The Sims 4.

Check out the full family portrait preview below:

It seems that in addition with The Goths revamp The Sims Team also included in some new Face Swatches and Presets in Create A Sim.

First spotted by @Mushilda, the new variants include:

DotSim and @Simmatically also spotted a new, sudden change in Create A Pet. After 5 years of the same old descriptive text about Stencils, it seems The Sims Team has revamped the text:

One of the new Nose presets in The Sims 4 also look like they could easily fit for a Werewolf Type. It was first hinted in the Roadmap Reveal about the Upcoming Game Pack for The Sims 4 being Werewolves. Including some visual and audio teasers.

More clues were spotted over time in the teaser:

The upcoming Kit for The Sims 4 – Little Campers, also has a promotional image featuring a Werewolf Transformation in The Sims 3 on the big movie projector screen:

What do you think about the new CAS Additions in The Sims 4? Do you think they have something to do with the upcoming Game Pack? Let us know in the comments below!