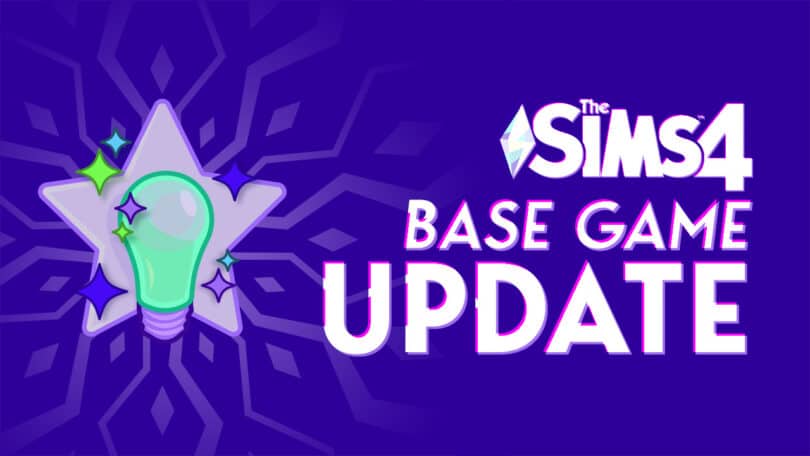 The Sims 4 got a free base game update today in preparation for the game going free-to-play later this month. A lot of the new additions are geared towards helping new players find their footing in the game but of course, The Sims Team didn’t forget about us long-time fans. There are some new CAS and Build/Buy goodies for both new and veteran players to enjoy, as well as a new CAS trait!

There’s a new tutorial system in place featuring Emily, from The Sims Mobile! As a former Sims Mobile player, I was personally quite excited to see her make her first appearance in The Sims 4. Emily will show up on tooltip popups as you navigate through CAS, Build/Buy, and Live Mode. Her job is to help guide you through the process of starting a new game with a new household.

Emily’s tips and advice are probably not anything new or exciting for experienced players but she provides a lot of helpful info for new players and helps give them a sense of direction when they’re first starting out. Playing through Emily’s introductory tutorial will reward your household with an extra $5,000 to spend at the start of the game. I can definitely see myself opting to play through it just for that reward alone. An extra $5,000 goes a long way when you’re starting out with a new Sim. Emily’s tutorial is not nearly as tedious and heavy-handed as the previous tutorial “scenario” with Alex.

If you need Emily’s help again at any point, you can always click the Help Centre icon in the top right. Emily will pop up again and offer to show you Lessons or walk you through her last tutorial again.

If you don’t want Emily holding your hand, you can disable the entire help system in the game options. You can also reset the help system if you want a full recap from the beginning.

Speaking of Lessons, this has gotten an overhaul as well. Both new and long-time players may find the new Lessons helpful. Previously, Lessons were kind of an afterthought. They were there but they didn’t give a whole lot of detailed information. In some cases, the Lessons weren’t just vague, but outright inaccurate following game updates over the years.

Lessons have been revisited and improved to reflect more accurate information that is actually helpful to players. The dev team has said they focused primarily on the base game lessons for this update but are planning to revisit pack lessons in the future, too.

The Lessons screen is also much larger and easier to read on all platforms now.

New Trait in The Sims 4: Loyal

There is a new base game trait in CAS! Sims with the Loyal trait take all their relationships seriously, whether friendship, romance, or professional. They would never even think of cheating on their partner or betraying a friend or colleague because they value those relationships too much to put them in jeopardy.

You might have noticed Emily sporting a new hairstyle, glasses, and top. These items aren’t just for Emily! You can find Emily’s hair, glasses, and sweater in the CAS catalogue and use them on your own Sims! Teens-Elders can now sport Emily’s bun with a pencil stuck through it, a pen behind the ear, and several adorable hair clips, as well as her large wire-frame glasses and her sweater with name tag.

Here’s the new hair from two different angles. The hair of course comes in all EA colours.

Here are Emily’s glasses in all swatches.

And here is her new sweater in all swatches.

Tattoo enthusiasts rejoice! The base game just got five new tattoos! Sims can now sport two different inner forearm plumbob tattoos; one of which is more abstract. There is a third plumbob tattoo for the back of the neck. Cowplant lovers can also pick out two different cowplant tattoo designs; one for each thigh!

Back of Neck Tattoo

Have you ever looked up at your ceiling and thought “This room could really use a giant suspended plumbob with blades of death whirling around it at alarming speeds”? Yeah… me neither, but hey, there is a new plumbob ceiling fan in the base game! It’s new! And it’s free! So that’s a thing.

You can check out all the new ceiling fan swatches below!

The Sims 4’s latest update also includes a slight revamp to the World Menu icons. Specifically, the worlds that come with The Sims 4 Base Game: Willow Creek, Oasis Springs and Newcrest.

From The Sims Dev:

Yup! We surfaced the descriptions so new users can find them easily and learn about the worlds! Also, the iconography of these starter worlds changed slightly to give Willow Creek and Oasis springs a bit more ‘punch’

How it looks in game:

This update also comes with a few small optimizations and bug fixes, such as improving Gallery connection stability and multiple scenario bug fixes.

You can check out the full list of bug fixes for both PC and consoles on our patch notes page!

What do you think of the new goodies we got in today’s update? Let us know in the comments! We’d love to see the Sims and homes you create with the new content!