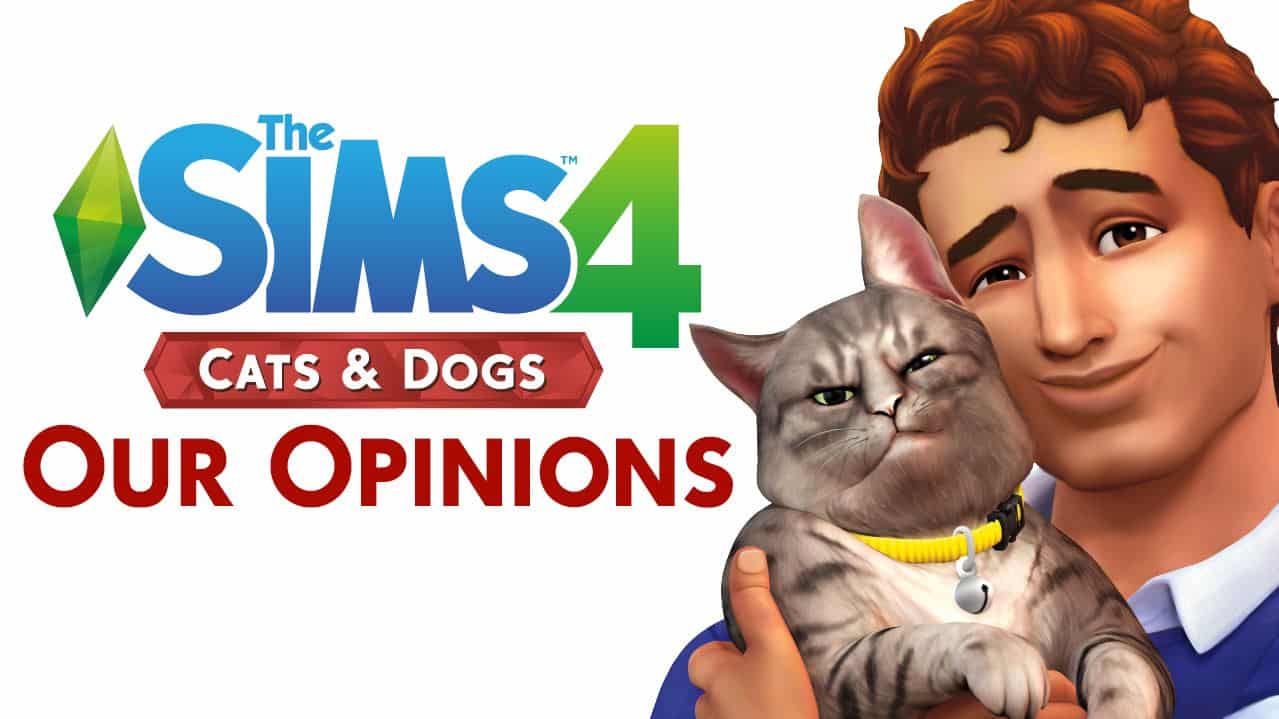 Well who’d have thought we would be doing another our opinion so soon after the toddler stuff pack announcement? The guys over at Maxis have dropped a huge reveal at Gamescom earlier today, The Sims 4 Cats & Dogs expansion pack was shown off and teased to all who watched with a release date of November 10th, over a year after the last expansion pack. The staff here at SimsCommunity are once again going to be discussing what we think of this spectacular announcement. Please note while this article is based off the opinions and views of some of the staff it is not a reflection of the whole team.

Lady Hope – I am extremely excited for the customisation options! We can make our own pets in the game with more realism. I don’t mind that there aren’t horses or smaller animals as this gives the team more time to work on Cats and Dogs with more efficiency.  Plus if we had horses etc we wouldn’t have the new career or costumes I have a feeling.

We all agree’d that this pack looks to be the best expansion pack we’ve had to date, the new world looks absolutely stunning and the cats an dogs look in keeping with the art style but still realistic and cute. The customisation is something lacking in The Sims 4 at times, you may have missed it on the trailer but it appears colour customisation and painting tools are coming to the game in a big way, you can literally paint on pets to change every single aspect of their coats, an improvement upon The Sims 3 which at times was frustrating and finicky when creating custom fur patterns.

Pet clothing is a big thing in real life, many dogs and cats are forced into costumes by enthusiastic owners and why should that be any different in The Sims? This is the first time ever we’re being blessed with clothing for our animals and it looks to have been done perfectly, hopefully there’s a train where the pets hate wearing costumes, I’d need that one for making my real dog in game!

Duwsh – I just feel like going back to just cats and dogs was the right move, there’s no place for horses in the game at the moment, I believe they will eventually arrive but with a pack more suitable like farming. Small animals are a nice addition but don’t add that much gameplay. I’m happy the team is focusing more on cats and dogs. The fact you can’t control them is a plus in my eyes, TS3 pets all felt the same because they’d do what you told them, their personalities will shine through in TS4 because they will live autonomously

It’s not all good though, as many people will be aware we’re missing two aspects, small pets and horses. It’s not fair to say that horses are a staple as they’ve only been in one game but it would have been nice to add those in. I could see the thought process though, they clearly wanted to focus their energy on dogs and cats, most people don’t just own horses and you wouldn’t take them to a vet so that would mean they’d lack the ability to use a huge portion of the pack, it makes sense really. We all agree’d that horses will eventually come, most likely in a farming pack to delve deeper into gameplay for them. The mechanics are now here for pets so who’s the say it’s limited to just cats and dogs. Small animals on the other hand are a mystery, we have no idea why they are missing but again we think they will eventually come in a different pack. 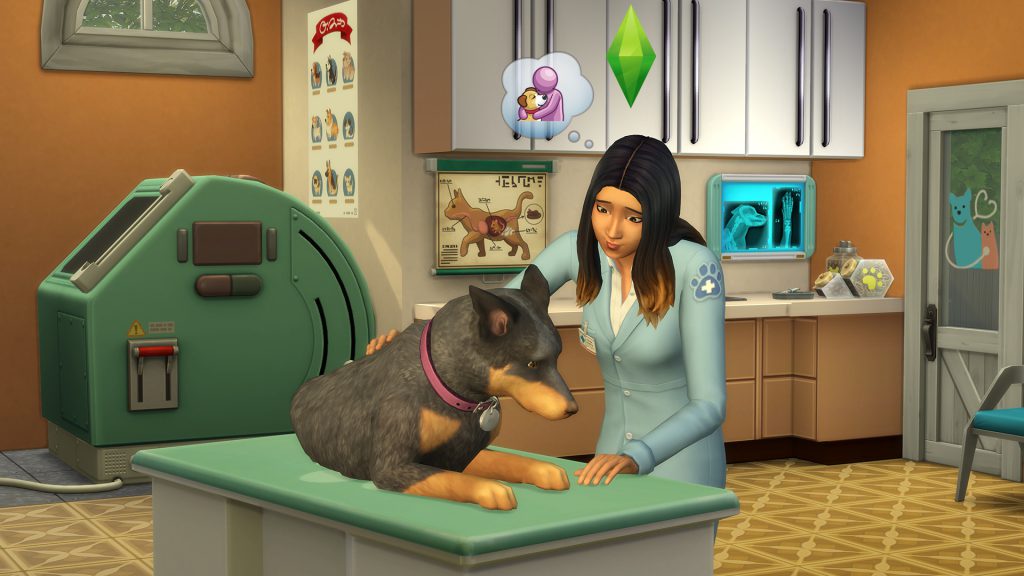 The vet career as mentioned above is a very welcomed addition, another fantastic active career to add to the list. We are all mega excited for this feature and if it’s done well think it will be the best so far, the ability to help sick animals is a great one and being able to take pets to vets as well makes it even better.

SnarkyWitch – I’m really disappointed with the lack of horses. I feel like a closed world isn’t a good excuse to exclude them because the game really isn’t a closed world; we have absolutely massive common spaces with routable paths and terrain which are perfect to gallop around on a horse. The content in the trailer looks good and I love that we can take our pets for walks and dress them up in outfits but I still find myself glossing over this one and looking ahead to a farm pack with horses which I would be much more enthusiastic about.

So that’s it, I tried to keep it short and to the point but I could have gone on for a whole lot longer, we’re all excited for this pack and think it is going to be phenomenal. We’re obviously sad that there’s no horses and small pets but that shouldn’t make the pack any less exciting. What did you think of the whole announcement, let us know in the comments.