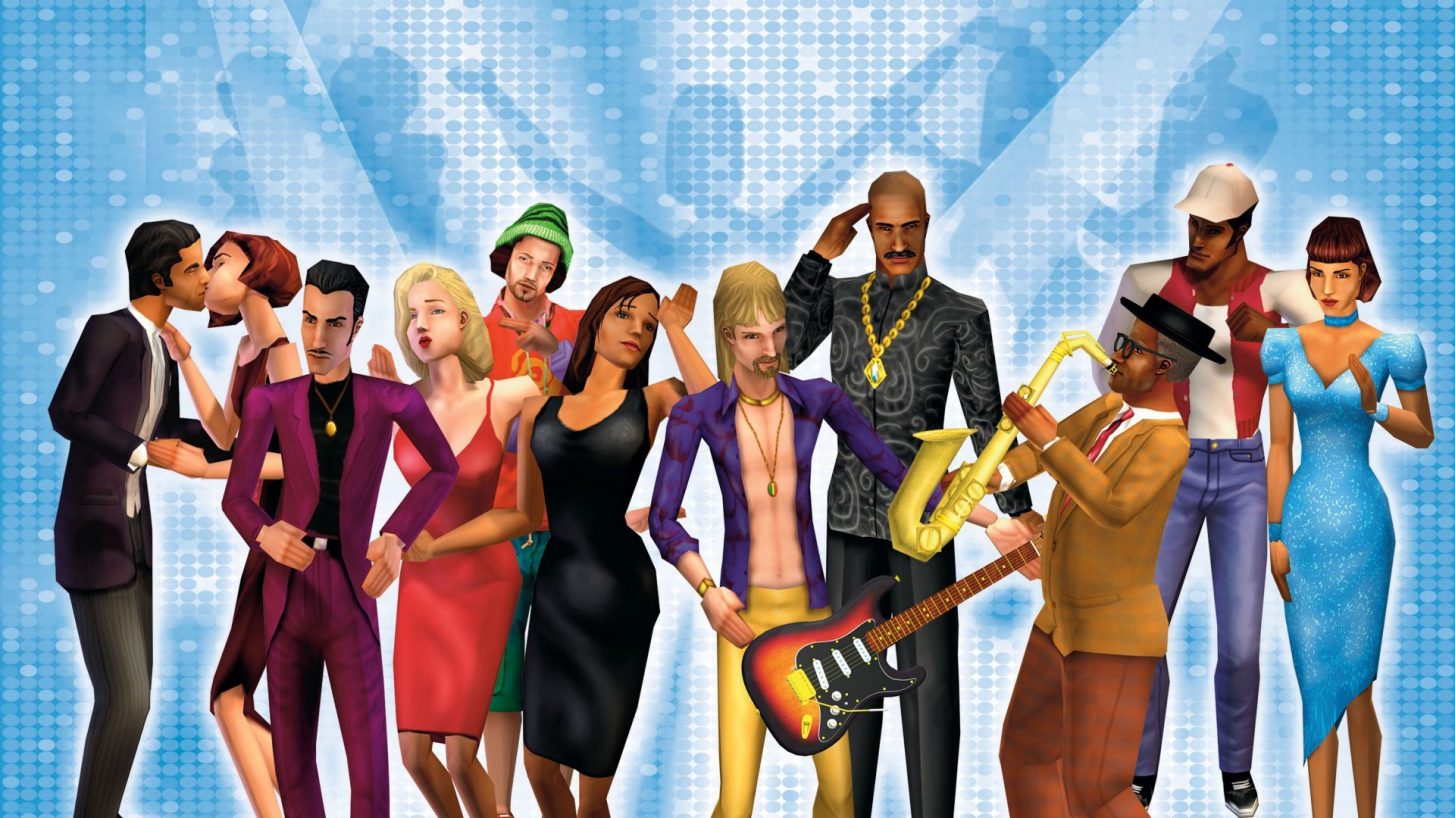 EA has uploaded a new Behind Closed Doors article talking about eighteen years of The Sims! So take a look and feel nostalgic while you step back in The Sims history!

In 1991 Will Wright creator of SimCity, suffered an unfortunate turn of events during the Oakland-Berkeley Firestorm. Losing his home to the firestorm left him assessing both his losses and material needs. Having always been passionate about architecture, Wright began to develop an idea for a game where players could simulate daily activities and building homes from scratch.

It was this idea that went on to become The Sims. Thus, eighteen years ago, on February 4th, 2000, the game launched on PC. Appealing to all genders and ages, the game’s non-objective and open-ended gameplay gave players the freedom to set their own goals and their Sims’ destiny, while pioneering a whole new type of video game genre.

In The Sims, players create their own Sims, design their personalities, their skills, their appearance and guide them through relationships and careers – for better or for worse, in addition to building their neighborhood and sharing their stories with the world.

This style of sandbox gameplay means players can do as they please, if they take care of their Sims eight basic needs: Hunger, Energy, Comfort, Fun, Hygiene, Social, Bladder, and Environment. Failure to do so often results in depression and even death…

The Sims was one the first ever video games to introduce same-sex relationships. In this title, same sex partners could only move in to a home together, something the franchise would advance further in future games.

It even had its own fictional currency – Simoleons (§). Players receive an initial §20,000 budget to purchase a pre-made house or buy a lot and build a house from scratch in Build Mode. Once your pre-made or self-built home is ready, it’s time to furnish it in Buy Mode, choosing from over 150 in-game items.

It was an expansion pack that saw Sims put into outrageous situations, from roach infestations to alien abductions.

Also unique to the game, was its fictional language – Simlish; adding a whole new dimension to the relationship between gameplay and audio.

As the success of The Sims grew, so did the demand for more content, and six months later in August 2000, Maxis released its first expansion pack, The Sims: Livin’ Large.

It was an expansion pack that saw Sims put into outrageous situations, confronting everything from roach infestations to alien abductions, and introduced franchise favorites like Sunny The Tragic Clown and The Grim Reaper.

Further packs followed – The Sims: Hot Date, The Sims: House Party, The Sims: Unleashed, The Sims Vacation, The Sims: Makin’ Magic and The Sims Superstar expanded gameplay through new objects, features, sub-neighborhoods and things to do.

In 2004, the incredible sequel to the best-selling PC game of all-time, The Sims, was launched. In The Sims 2 players direct an entire Sims’ lifetime to try and reach their life goals. The option to develop a master plan for their social life, career and pathway to greatness, or the decision to let them live in utter chaos, added a new depth to gameplay.

Sloppy/Neat, Shy/Outgoing, Lazy/Active, Mean/Nice, Serious/Playful remained the same as The Sims for personality types, but Sims now had Fortune, Popularity, Knowledge, Romance and Creativity aspirations, alongside 200 wants that would give players the chance to achieve unlimited success or absolute failure.

Much like its predecessor, The Sims 2 had many expansion packs, such as The Sims 2: Apartment Life in addition to a slew of new Stuff Packs. These minor packs like The Sims 2: Glamour Life Stuff added fun new objects and fashion without implementing changes to core gameplay.

By June 2009, the next franchise installment hit shelves. With a large community that continues to rally around this version to this day. The Sims 3 offers more gameplay diversity, endless creative possibilities and unexpected moments of surprise and mischief than had ever been seen before. 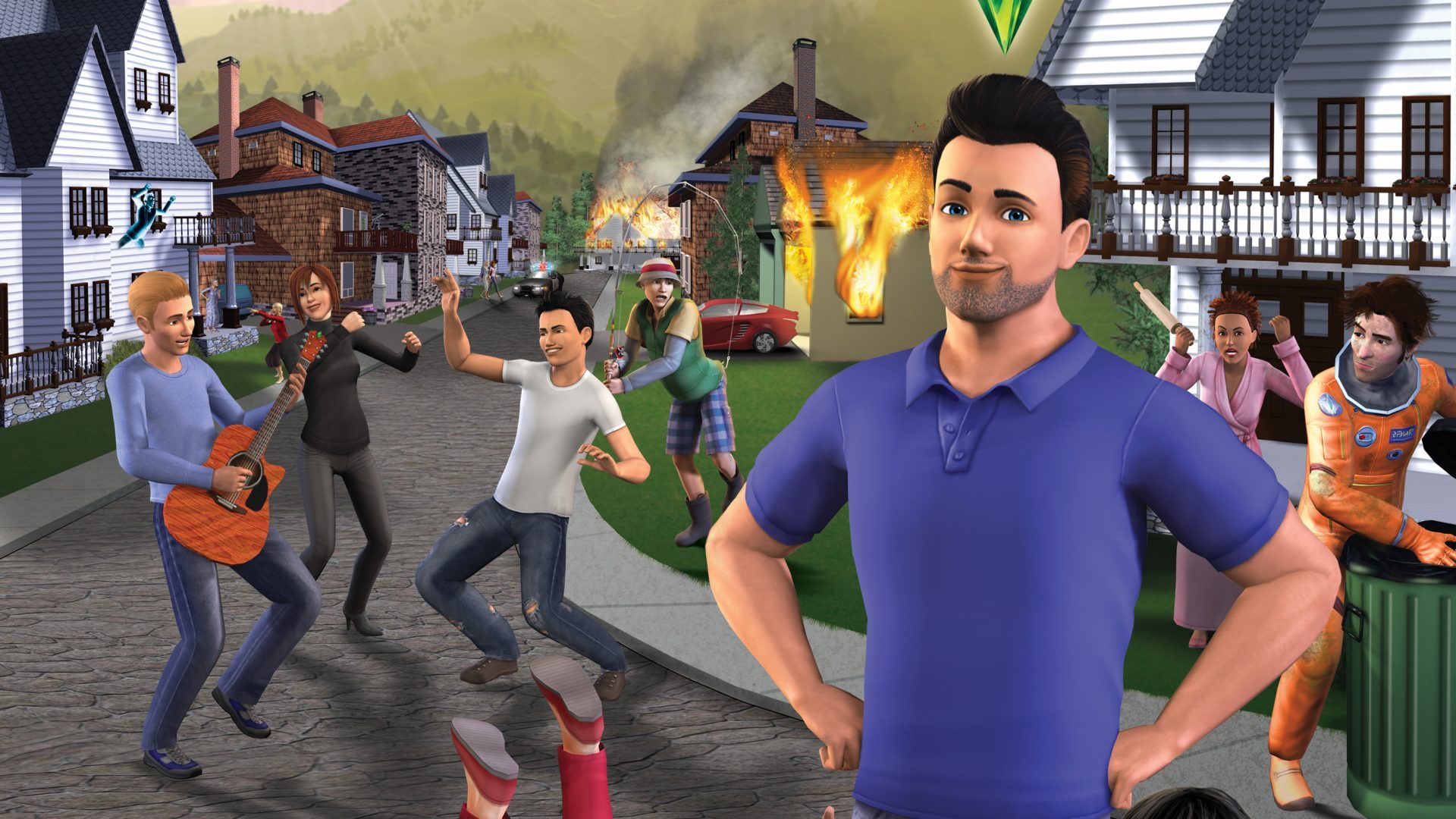 Its in-game Wishes system, much like the Wants system of The Sims 2, had a plethora of requests to keep Sims happy, as well as work towards their short and long-term goals and rewards.

Sometimes however, Sims need a change of scenery – whether that be exotic destinations filled with adventure in The Sims 3 World Adventures, or something a little more random, like jumping through a time portal to a world hundreds of years from now, with The Sims 3 Into the Future.

As Maxis thought about the next installment of the game, the Development Team carefully listened to its dedicated fans to help set the vision for The Sims 4 to allow players to create new Sims with big personalities and distinct appearances and ultimately, play with life.

Staying true to this mantra, new emotions, personality traits, behaviors, and interactions were developed alongside the games technology base having a major upgrade.

This upgrade resulted in an entirely new AI system, audio positioning tools, locomotion logic, routing intelligence and much more, provide a rich gameplay experience across the games core tenants – the tactile and intuitive Create A Sim tool, the intelligent animation system, the new emotional gameplay mechanics and the powerful and flexible Build mode.

This mode alone has added a whole new intuitive and fun way to build with features like Wall Height Adjustment, Dynamic Foundation Sizing, and Smart Windows.

For the first time ever in the franchise’s history, Maxis also removed gender boundaries. This has empowered the creation of Sims with any type of clothing, physique, walk style and tone of voice – regardless of their gender.

Continually listening to The Sims community and fans, Maxis have evolved some of the best experiences from previous games and currently has over 20 pieces of DLC including Vampires where Sims attain supernatural abilities in the eerie destination of Forgotten Hollow.

For years, Maxis have worked to make Sims games they feel players will love and that have always been about those special moments where something unexpected, sad, hilarious or intriguing just happens.