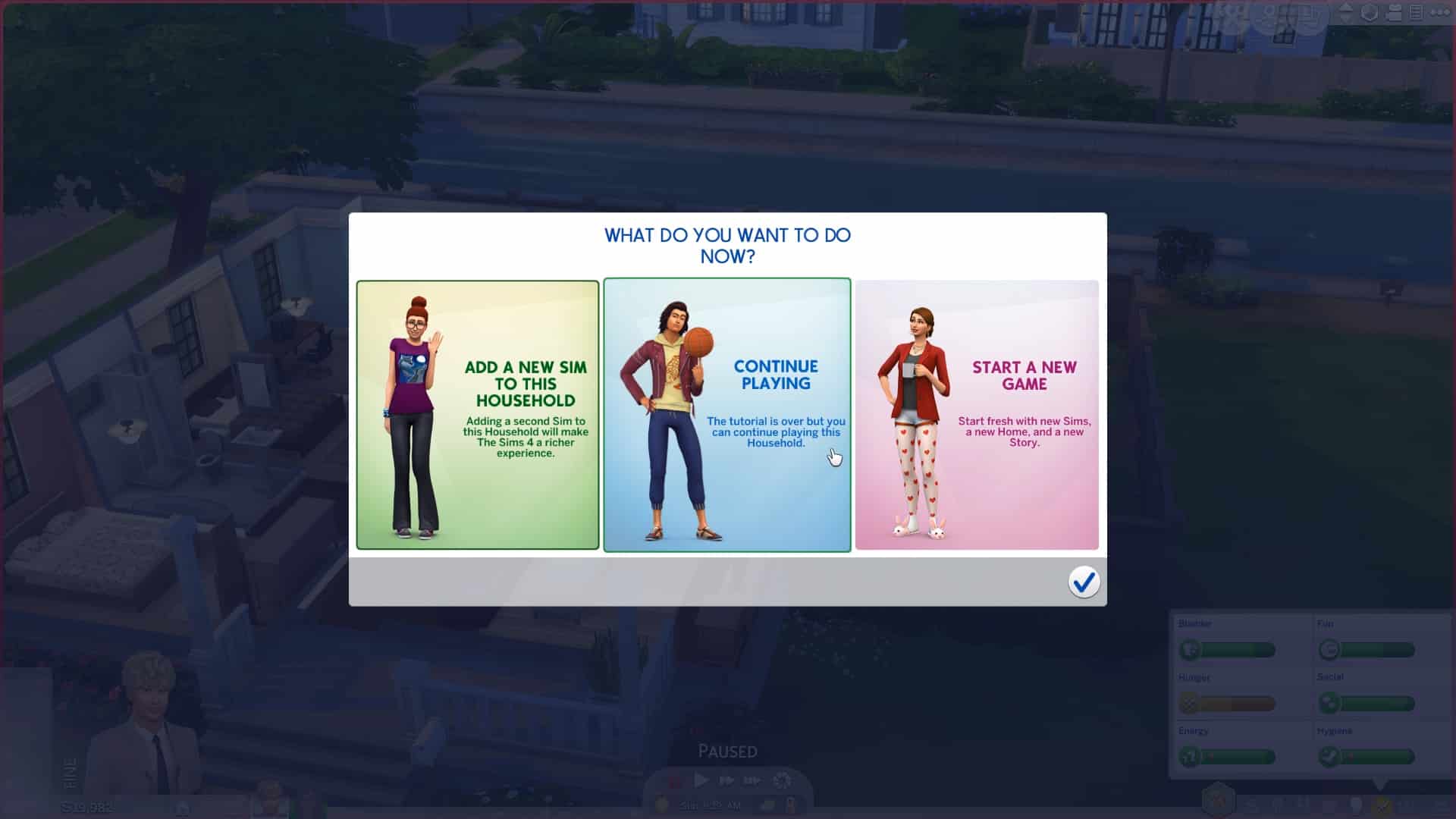 UPDATE: The Sims Team has publicly confirmed that this update is coming on November 13, 2018 at 10AM PT!

The Sims 4 is getting a whole new update this November!

During Sims Camp we had a chance to play Get Famous and with it we also got a sneak peek at the new features that are coming in a free update for The Sims 4 Base Game. Down below you can see some of the features that we’re getting with the update. Please note that we’ve missed out one feature that’s going to be revealed during Maxis Monthly on November 6th. After the reveal on the Maxis Monthly stream we’ll be sharing more information and footage.

Tutorials now function completely different in The Sims 4. After updating the game / launching it for the first time you will be greeted with this message when pressing the “New Game” button. You can choose “No” if you’ve already played the game and don’t want to play with the tutorial or “Yes” if you want to experience an interactive walkthrough of the game. 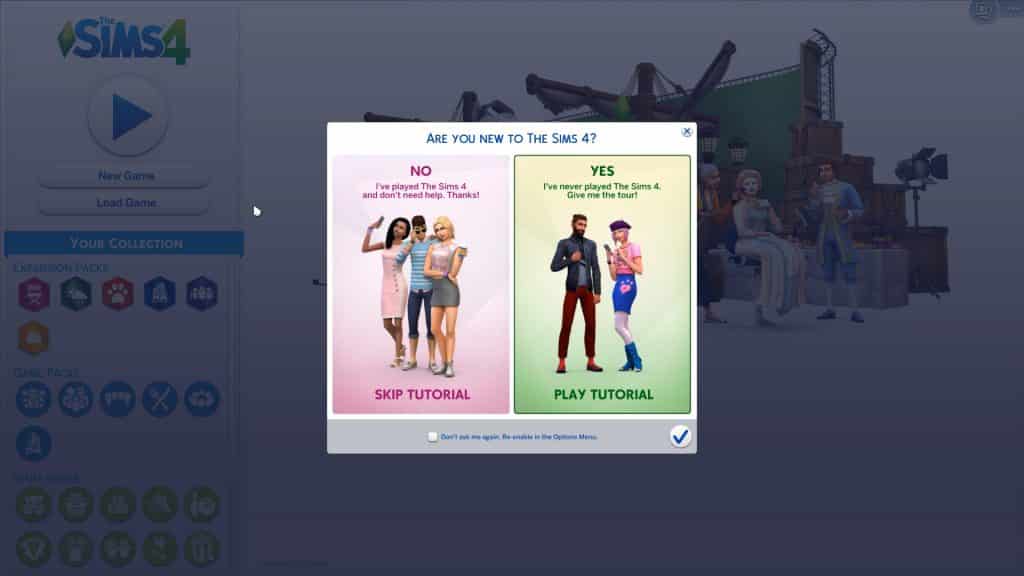 Through different segments of the tutorial you’ll be lead by a female voice who is going to tell you about a specific feature in the game that you click or select. The tutorial is also followed by a subtitle that can usually be found on the bottom of the screen. 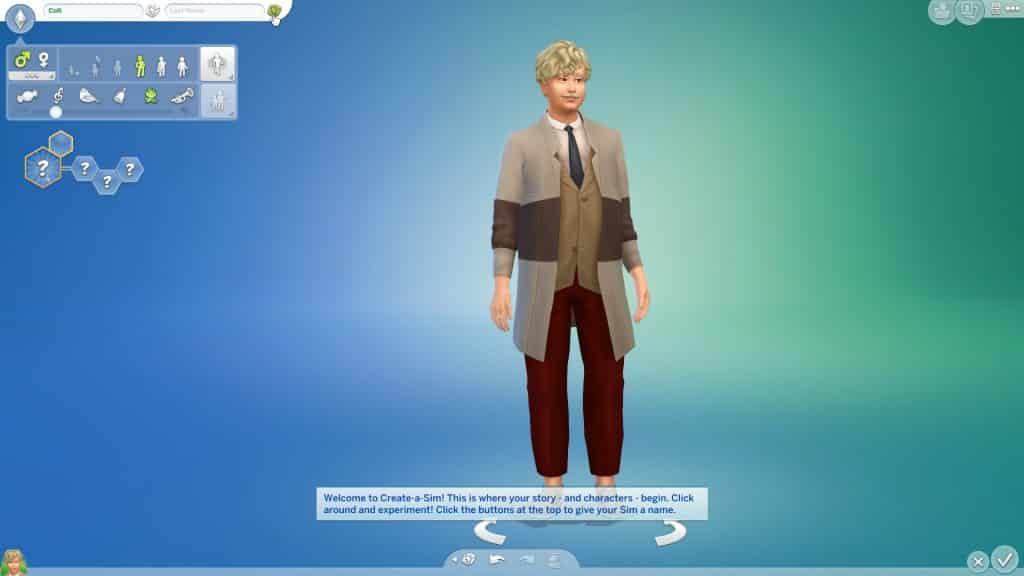 What’s interesting about the brand new tutorial is that it comes with different sets of goals that you can achieve as you play with the tutorial. You can choose different goals by choosing 4 unique “aspirations” that each have different, unique tasks that you’ll be able to follow and achieve in Live Mode. 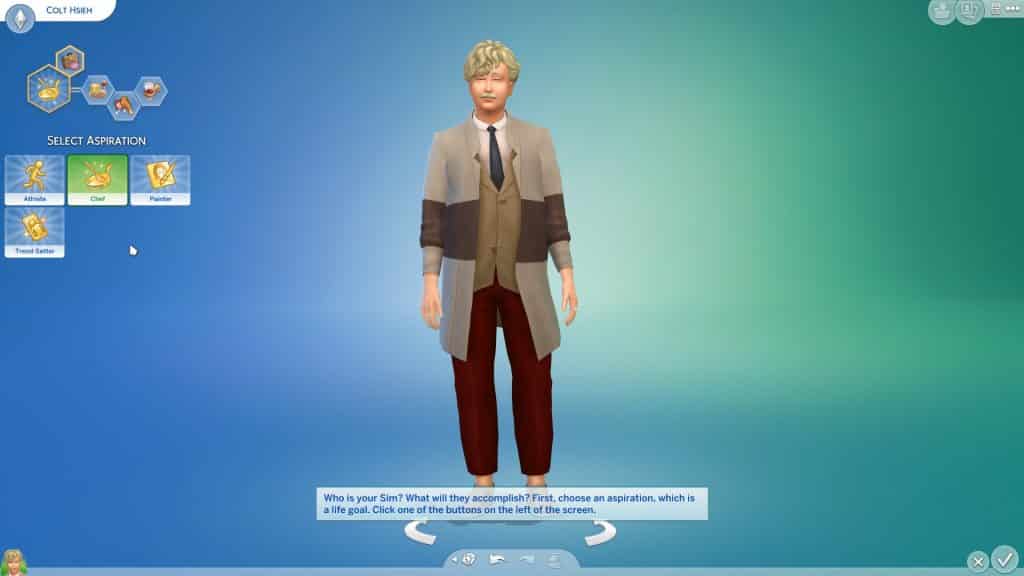 In Live Mode you’ll be able to hang out with Alex who is there to show you some of the basic gameplay, object and social interactions. Her behavior is somewhat scripted and will do different interactions and tasks as you progress through the tutorial. 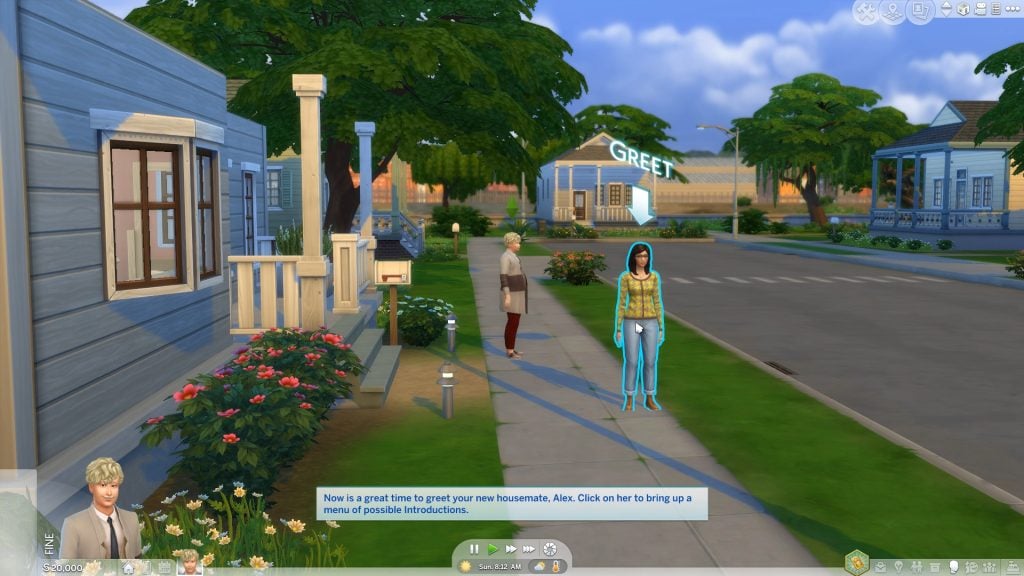 You’ll be able to end the tutorial any time you want by going to Game Options > End Tutorial. There you’ll get to choose if you want to simply continue playing the game with the already set house that’s been pre-built for tutorial purposes, choose to add another Sim to the household or simply start a whole new game. 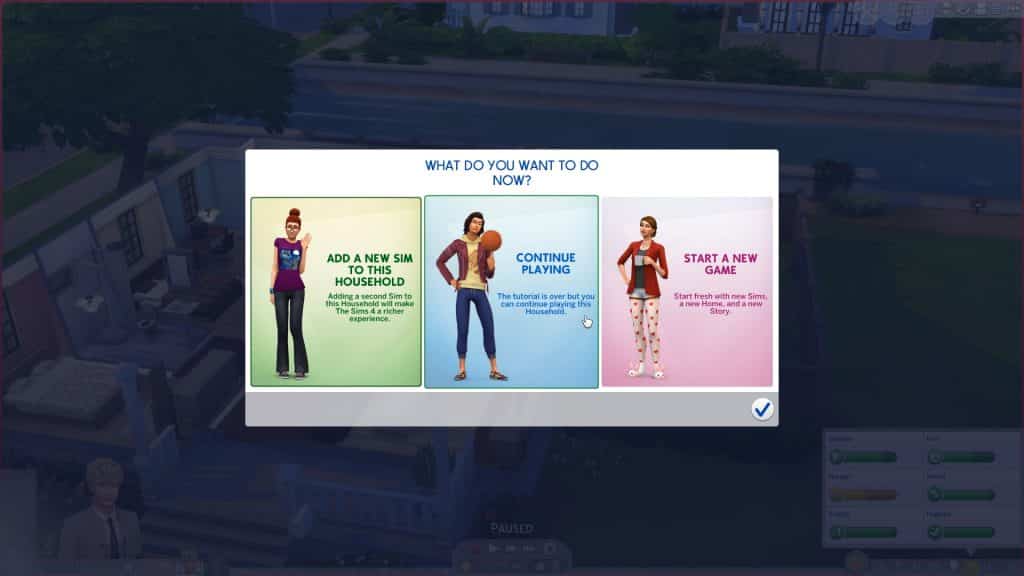 The tutorial can also be fully disabled in the game’s options panel.

The biggest feature that’s coming with the upcoming update are the terrain tools. You’re free to dig a hole in the ground, create hills, valleys and all sort of unique terrain. The terrain tool is very easy to manipulate and there are plenty of tools that’ll let you create the perfect terrain for your lot.

Foundation and rooms have also been updated! Instead of using a slider to raise up the foundation you can now just click on a room of your choice and drag it up and down. Rooms that don’t have a foundation can also be dragged up and down without any foundation. You’ll also be able to place staircases no matter how high (or low) your room is.

The Sims Team has fully explained the new tools in a livestream that they did a few days ago that you can catch down below:

The latest update will allow you to experience the Sims universe through your own Sim’s eyes! With Shift + Tab you’ll be able to access the First Person Camera Mode, allowing you to see everything that your Sims see and interact with the world around you directly through their point of view.

Your Sims can now join the Style Influencer Career! It’s a career that’s somewhat different and a bit more complex than the careers that we’ve received with The Sims 4 Base Game considering that you’ll also be getting “Work From Home” opportunities to complete.

With this career you also get a whole new set of social interactions, the ability to give Sims around you makovers and the drawing tablet! Finished drawings that you make on the tablet will be able to be printed out and hanged on the wall just like with paintings that you create using the easel.

Click here for an in-depth preview of this career!

Give your Sim a Custom Career Name!

The upcoming update for The Sims 4 is not stopping with surprises! There’s a new feature that you can find using the phone that lets you Register with Ministry of Labor, register your own Career and have it displayed on the Job section of the Sim User Interface!

There aren’t any specific new interactions that I’ve found with this feature but it’s a great addition for storytellers that want to give their Sim a specific Career or Interest that is not listed in the game. Plus, the feature is great to go back and update all unemployed Sims and Townies with more accurate information about their interest!

The Sims Team also made some minor changes to The Sims 4’s User Interface. They’ve made the World Icons smaller, changed the Aspiration branches to squares in Create A Sim and also changed the icon of the car when completely zooming out in Live Mode.

Want to see all of these additions, changes and improvements in action? Check out our video overview down below!