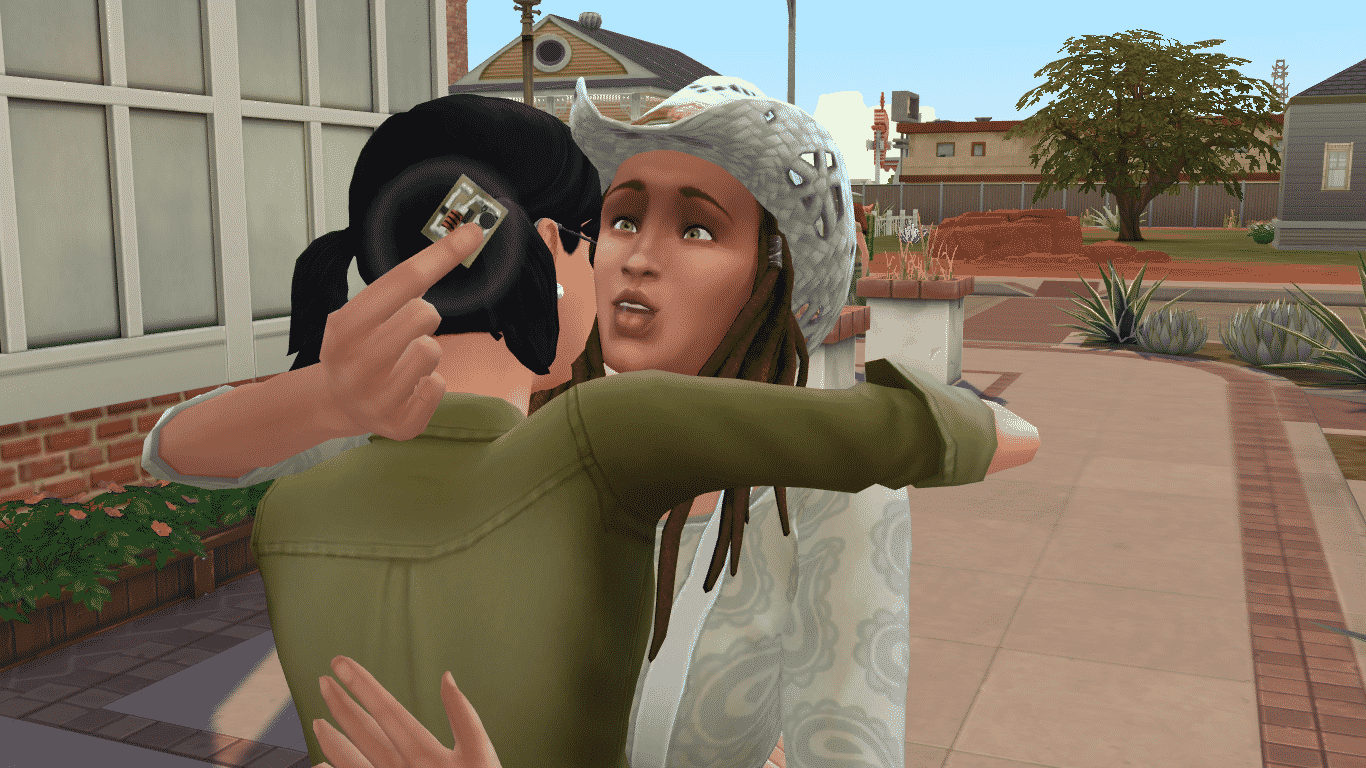 The Sims 4 StrangerVille is the first add-on pack for the main series of The Sims PC franchise to introduce a story mode. The StrangerVille Mystery story is a huge component of the gameplay that comes with this pack. Naturally, this leaves some Simmers wondering about StrangerVille’s replay value. What is there to do after your Sim has played through the main story? Is StrangerVille just a one-time novelty?

I was curious about this, myself. As excited as I was about a story-driven pack, it was also important to me that StrangerVille be something I could enjoy long after the story was over. I didn’t want to lose the immersive sandbox experience The Sims is known and loved for. I decided to spend some time in StrangerVille after completing the story to see exactly what life after StrangerVille was like, focusing on things my Sims could do with StrangerVille content outside of the story. 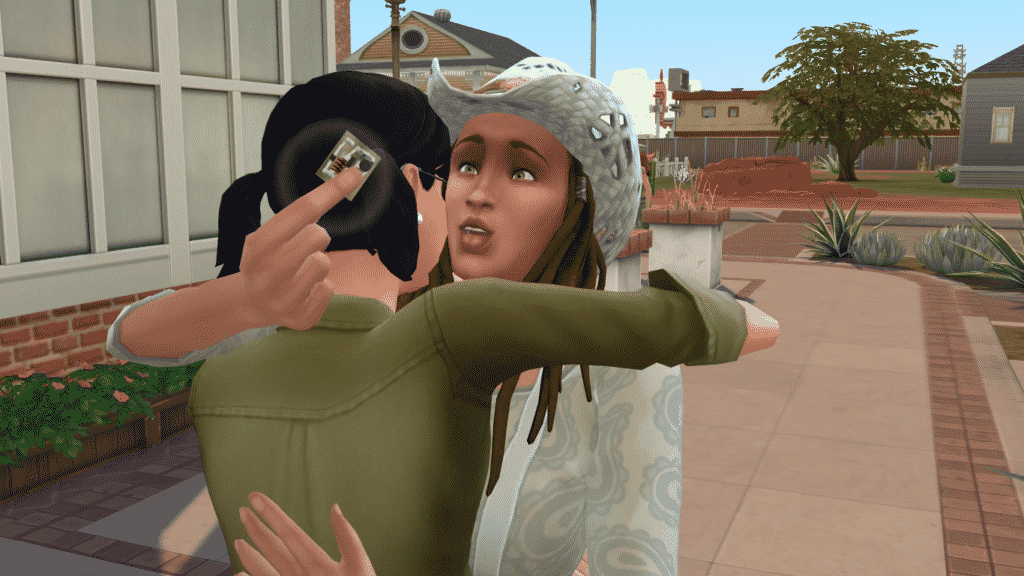 I absolutely loved being able to plant bugs and spy on conversations during the story, but I was worried this feature would be completely useless once the story was over. I was pleasantly surprised to see that I was wrong. Sims can continue using the bugs and surveillance station after the story ends to build the Logic skill and make a tidy profit on the side.

Sims can plant a bug on any Sim they meet, not just Military Personnel and Scientists. Listening in on their conversations with the surveillance station can turn up lots of surprising and juicy tidbits of information. Once your Sim has an audio recording of a Sim in their inventory, they can either keep it as evidence to sell at the Curio Shop, or use it to blackmail the Sim for some simoleons.

My Sim planted a bug on poor unsuspecting Cassandra Goth and recorded her confessing to theft. When my Sim invited her over, she blackmailed Cassandra using the audio recording she’d recovered and Cassandra coughed up a little over 100 to keep her secret quiet. Considering that the bugs cost 25 a piece, there’s potential to make a living off of spying on Sims, or at least earn a bit of extra money on the side. 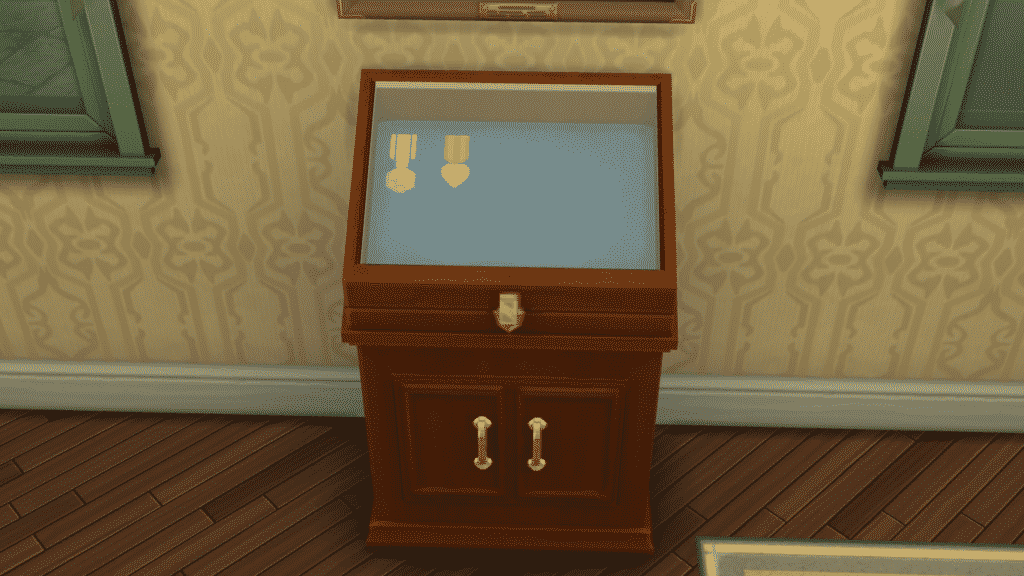 The Military career is tied to the main story, but your Sims can rise to the top of this career without ever touching the story. Your Sims also don’t need to be in the military in order to play through the story. The Military career is a fully functioning career outside of the story. Your Sims can enjoy all the benefits of this brand new career no matter what world they live in or how involved they are with the StrangerVille Mystery.

The Military career functions the same way as the Style Influencer career in the base game. Your Sim can choose to disappear off the lot to go work a shift, or stay home and complete a series of career goals each day in order to progress. One perk of the Military career that I personally love is the ability to earn medals and badges, which can be shown off in a special display case your Sim receives early on in the career as a reward.

Admiring the medals in the display case gives your Sims a Confident moodlet, so it’s a good way to give their mood a quick boost. 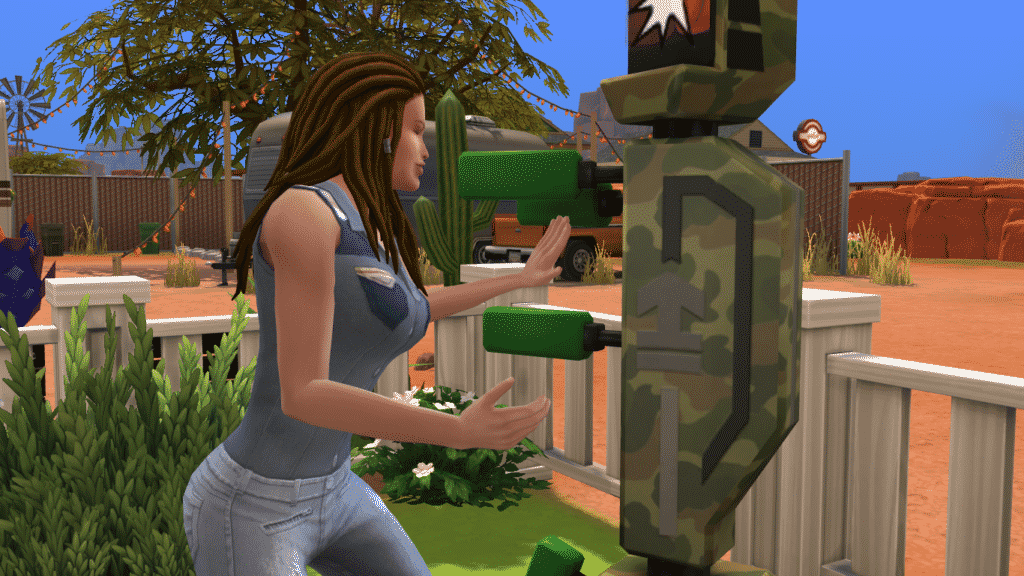 One of the new gameplay objects that comes with StrangerVille is the new B64 Training Bot. The function of the bot is similar in concept to the base game punching bag, but the Training Bot is much more advanced and comes with its own set of original animations. It’s not just a recolour of the punching bag. It functions as a completely new object.

There is another variation of the B64 Training Bot that can be unlocked by progressing in the Military career.

Cash in on Evidence 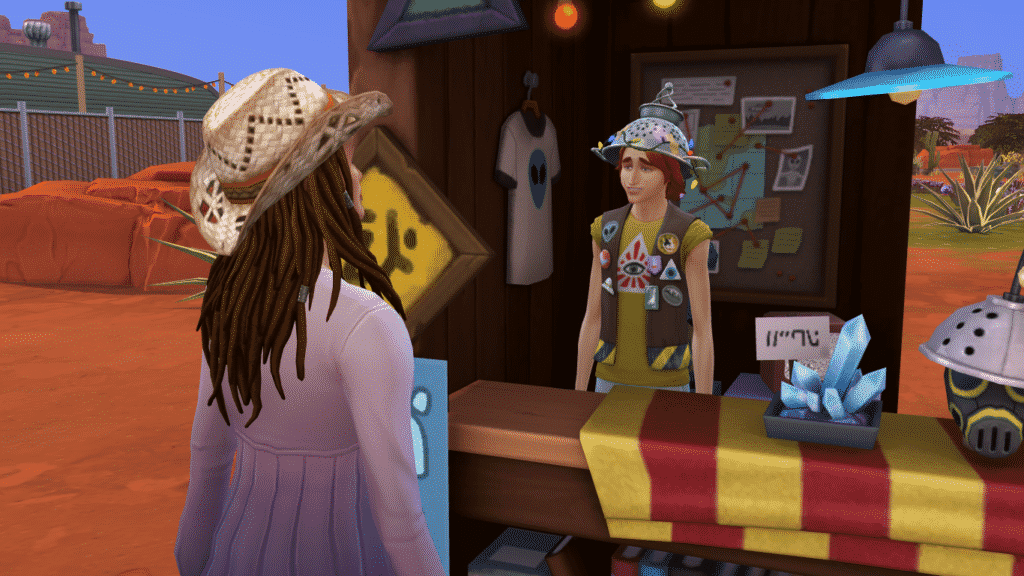 Even though StrangerVille has been saved, there are plenty of Sims in StrangerVille who are very interested in gathering all the info they can about exactly what happened at that Secret Lab. Your Sim can continue gathering evidence around town to sell at the Curio Shop to make some extra cash.

Selling evidence to the Curio Shop is not only a fun pastime, but can prove to be a decent way to make a living if your Sim is dedicated enough to the cause. Become a secret informant to all the local Conspiracy Theorists at your own leisure. 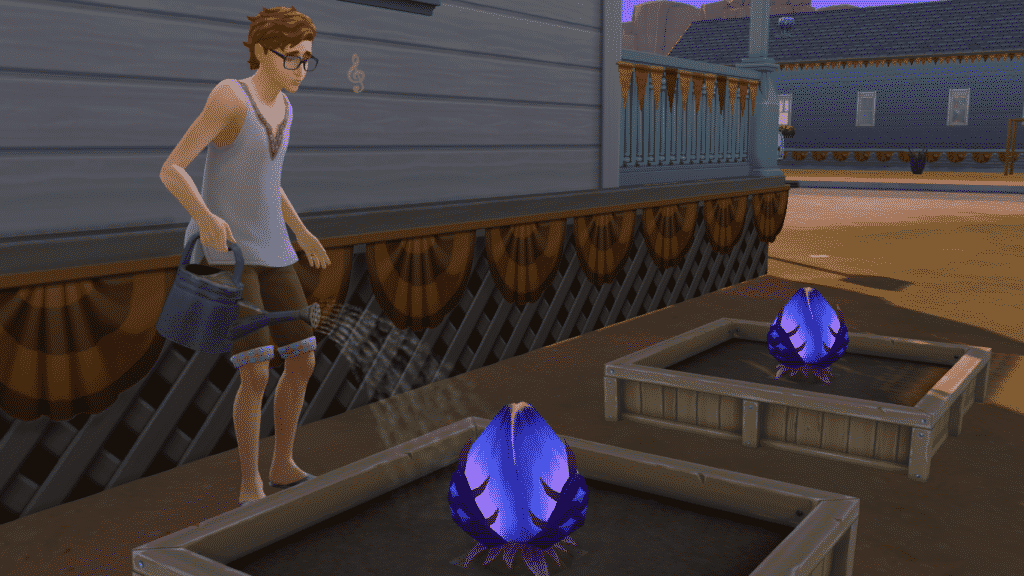 Those pesky plants that were causing all kinds of problems may be harmlessly dormant now, but for the passionate botanists among us, these bizarre plants can be grown, cultivated, and harvested even after the story is over. Purchase a few bizarre fruit from the Curio Shop and plant them at home. Water and care for them like you would with any of your other plants and watch them flourish. Fertilize them to increase their quality and value.

When it’s harvest time, it’s best not to ask too many questions about exactly what your buyers intend to do with your stock of bizarre fruit you’re selling… 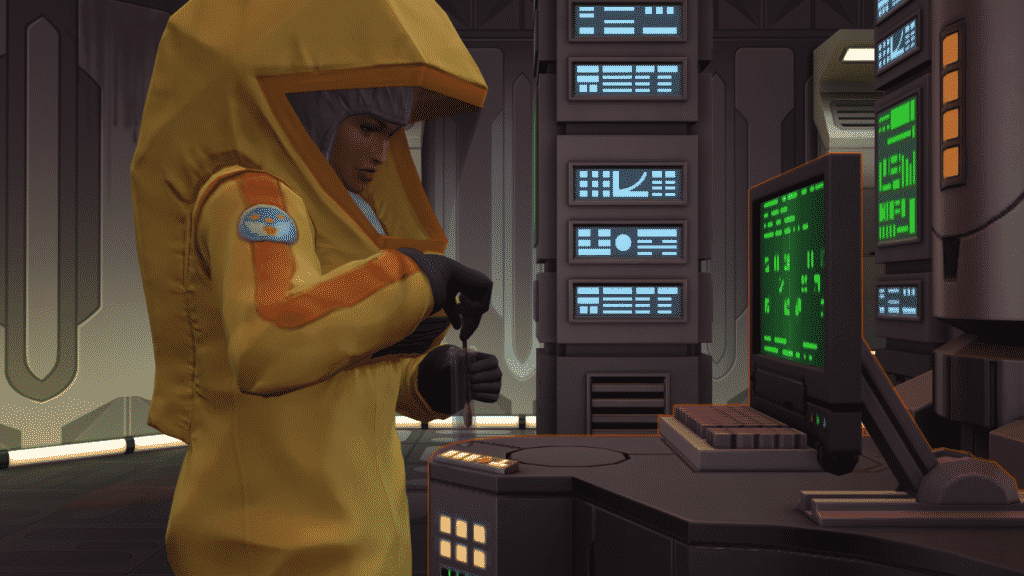 Vaccines and bizarre fruit are still available after the story is finished. This allows you to continue playing with the hidden Infected trait as much or as little as you want for as long as you want. Are there still a few Sims wandering about spewing cryptic nonsense about “The Mother” that you’d rather not deal with anymore? Craft a few vaccines and return them to their normal selves.

Or perhaps StrangerVille has gotten a little too boring as of late and you’re looking to make things interesting again. Just feed some bizarre fruit to Sims to give them the hidden Infected trait and watch madness ensue in StrangerVille once again! How strange or normal StrangerVille becomes after the story is finished is completely up to you. 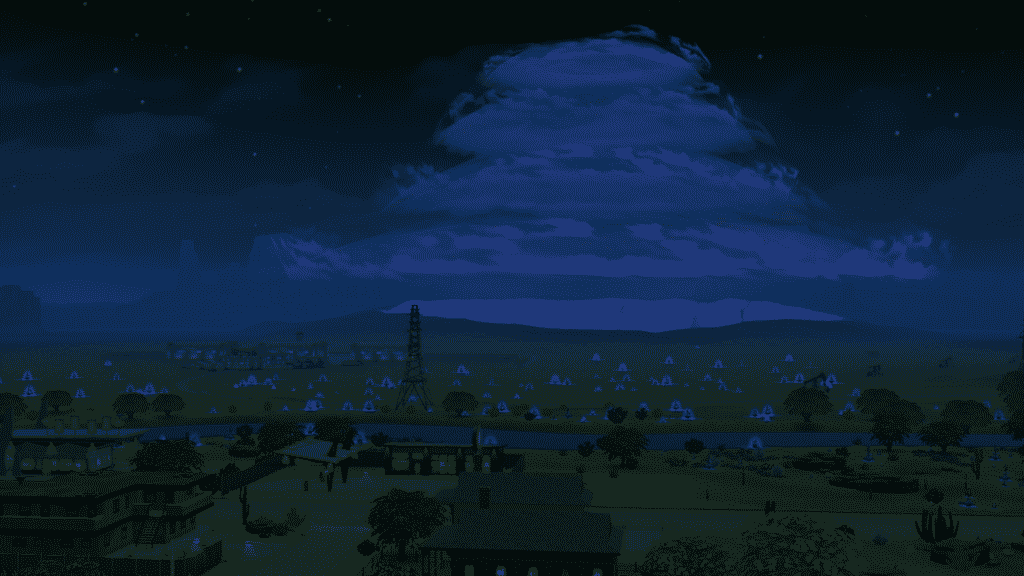 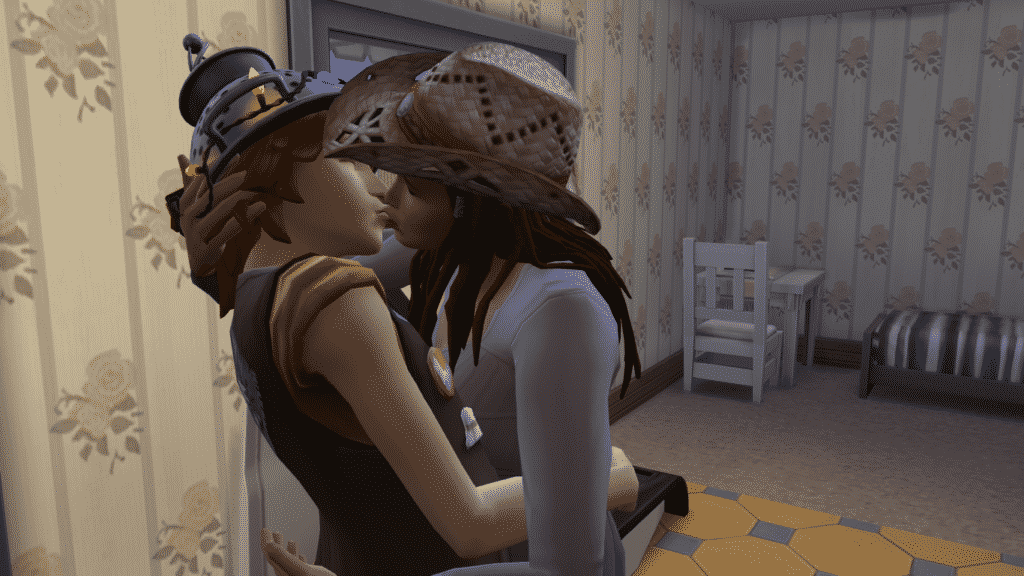 Just because StrangerVille is strange, that doesn’t mean all the Sims who live there have to be. StrangerVille is a fully residential world with 11 editable lots that are yours to do whatever you want with. Don’t forget; StrangerVille is an add-on pack that’s meant to integrate into the rest of your Sims’ lives.

Move in or just visit if you like. Meet new Sims. Make friends. Get married and raise a family. Pursue hobbies and enjoy content from any other add-on packs you might own while enjoying everything StrangerVille has to offer at the same time. Anything you can do in the rest of the game, you can do in StrangerVille, too!

Any StrangerVille content that can be used outside the main story that we missed? Let us know in the comments or on social media!