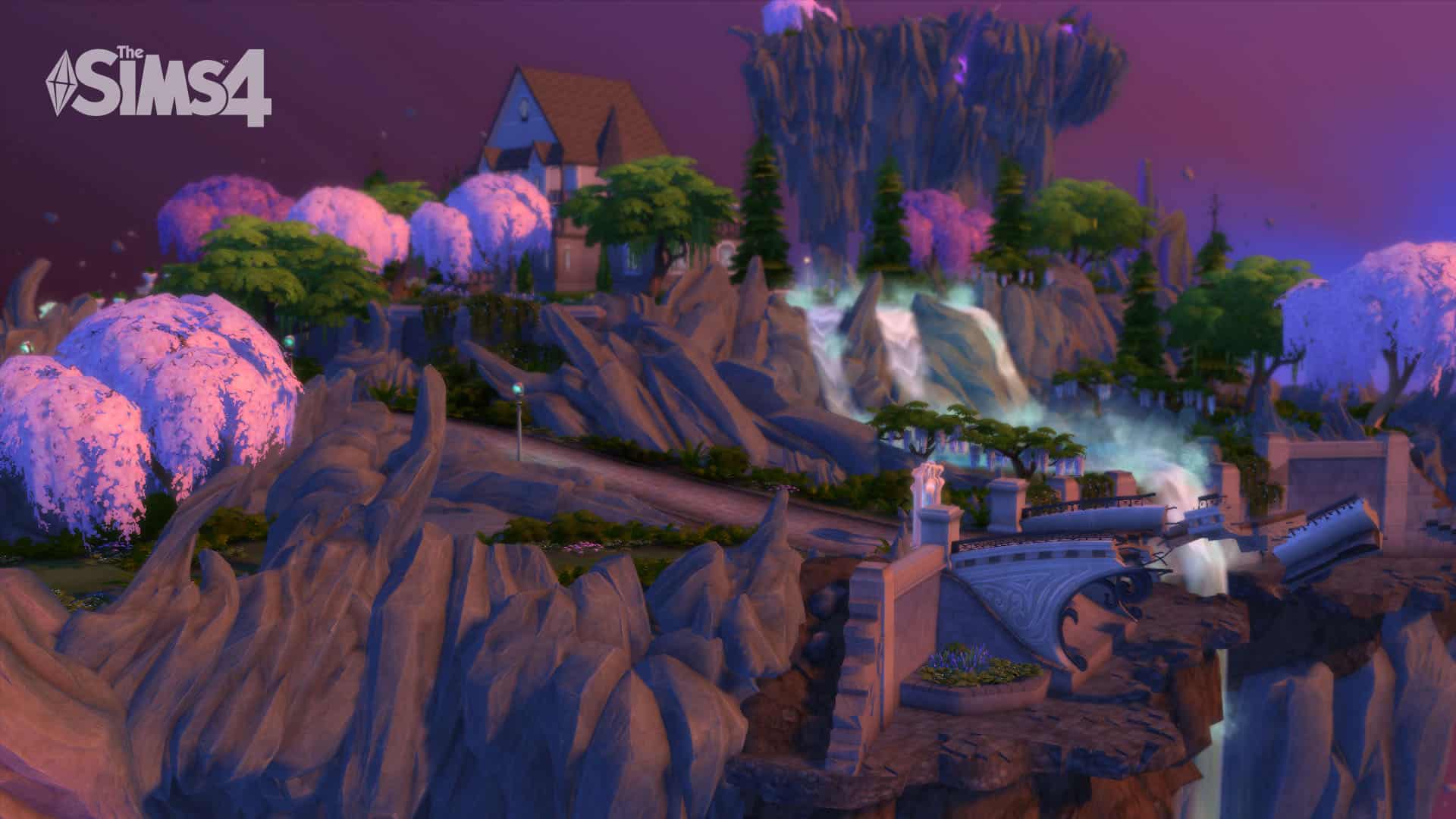 Although the lack of lore in The Sims 4 has been a big complaint amongst players since it was first released in 2014, the game is not completely devoid of its own stories and with more and more packs comes more and more background to enrich the history of the game.

Here are some tidbits of The Sims 4 lore you may or may not have known about!

Everybody knows Johnny Zest as the goofy aspiring comedian who lives in a rundown trailer at the edge of Oasis Springs but if you read his household bio, it reveals much more about him.

Johnny Zest has the stage name and the dream, but maybe not the talent… Disowned by the Landgraabs for quitting school, Johnny wants to make his own fame and fortune as a standup comedian.

It turns out that Johnny is a member of the Landgraab family! Or rather, he was until he was disowned for quitting school to follow his dream of being a famous standup comedian. While his bio does not specify how he’s related to the Landgraabs and he has no connections on his family tree (most likely due to being disowned), most players seem to be in agreement that Johnny is Malcolm Landgraab’s older brother and Nancy and Geoffrey’s eldest son.

If we put Johnny and Malcolm’s pictures side by side, it’s very apparent that they share the same set of parents.

The Haunted Halls of Britechester

Students at the University of Britechester might have noticed a dapper-looking ghost by the name of Felix Psyded roaming around the UBrite campus. Good old Felix isn’t just there for no reason, though! If you’re a UBrite student with some free time on your hands, you can research university urban legends on one of the research machines at the UBrite Commons to find out more about him. 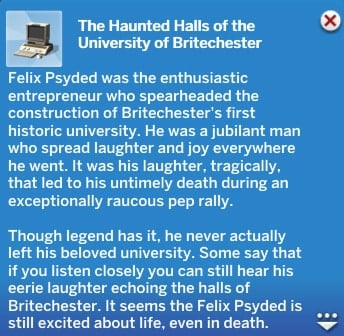 Felix’s bittersweet story isn’t the only hidden gem of lore tucked into the Discover University expansion, though! We’ll let you discover the others but we will say that you may want to try leaving some excellent quality treats at the university statues and see what happens…

Count Vladislaus Straud IV… or Not?! 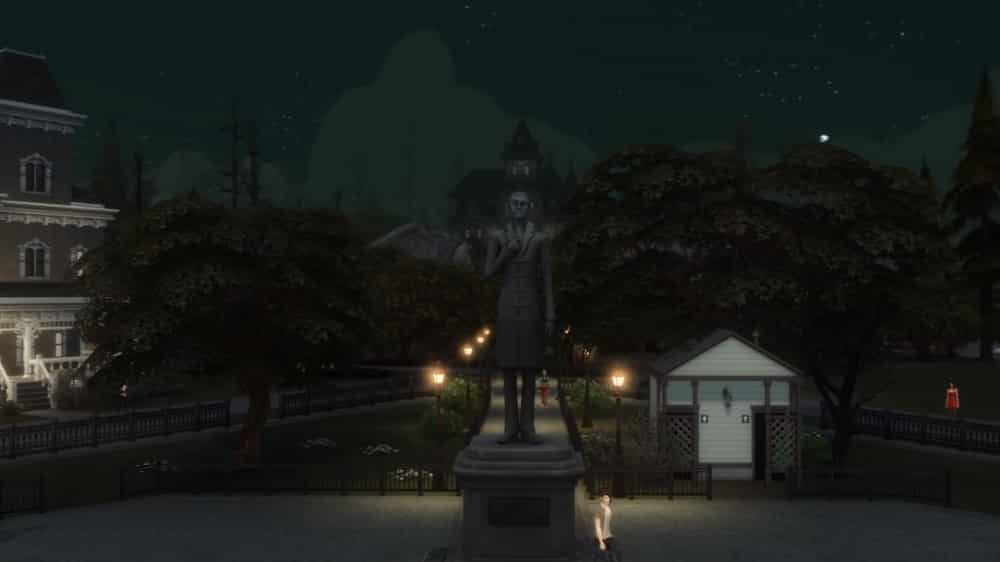 Count Vladislaus Straud IV is the latest descendant to occupy Straud Manor. His oddly similar looking line of ancestors has resided here since the founding of Forgotten Hollow.

Oddly similar looking, huh? Well that would be because Vladislaus Straud I-IV are all the same person! The developers revealed in the Vampires deep dive livestream way back when that the statue of Vlad’s “great grandfather” in the centre of Forgotten Hollow is actually Vlad himself. He has been hiding his true age for centuries by taking on the identity of his non-existent descendants every few decades or so. This explains why Vlad has been able to live for so long as a vampire in relative peace and comfort. 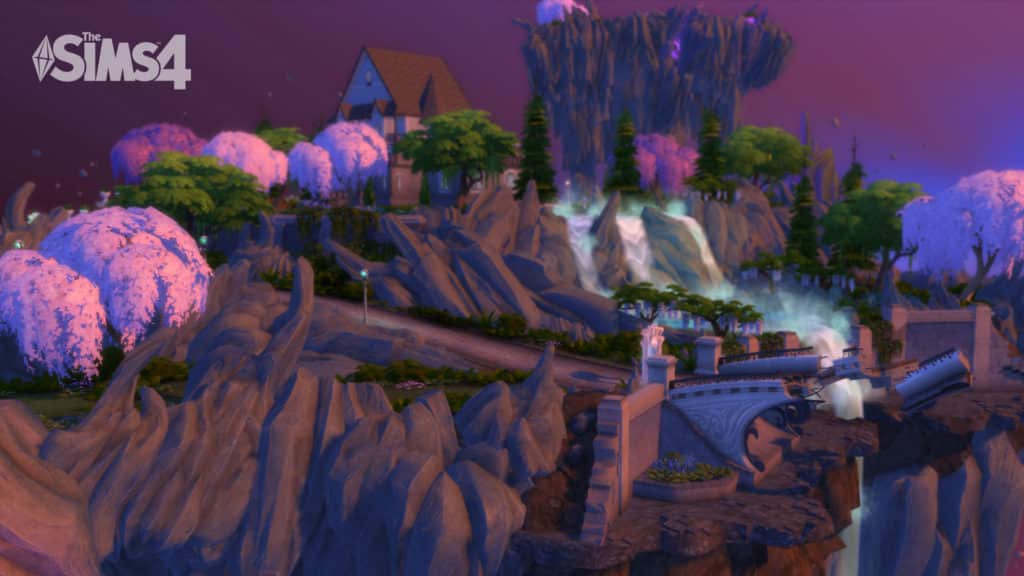 Ever wonder why The Magic Realm looks like it’s being torn apart? That’s because it is! The only thing holding it together is the magic of the three Sages. In the gameplay trailer for the Realm of Magic game pack, the Sage of Untamed magic, Morgyn Ember, explains that The Magic Realm exists in a delicate balance. A giant vortex threatens to tear the realm apart and the three schools of magic must be in balance with each other too in order to hold the realm together.

The Tragic Story of Guidry and Temperance 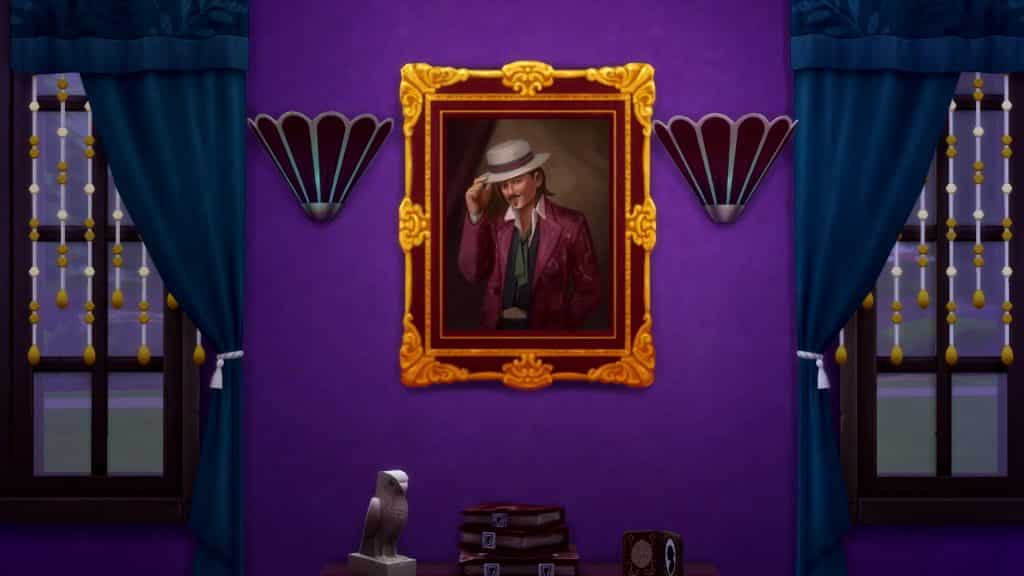 The Sims 4 Paranormal Stuff comes with its own background story. According to various object descriptions, our friendly neighbourhood ghost guide to the paranormal, Claude Rene Duplantier Guidry, lived from 1883-1920, making him 37 years old at the time of his death when he was crushed by a murphy bed. He was known for being quite the charmer of both the ladies and gents back in his day. One of his greatest and most tragic love affairs was with a woman named Temperance. Guidry will tell you he and Temperance go way back if she happens to show up in your haunted house and the description of a painting of her former manor says she was once Guidry’s lover. What exactly happened between them to end their love affair remains a mystery but given Guidry’s reputation for being a player, it’s not hard to imagine Temperance might still be feeling scorned after his affections strayed to someone else…

Got any tidbits of Sims 4 lore to share with us? Tell us in the comments or chat with us on social media!