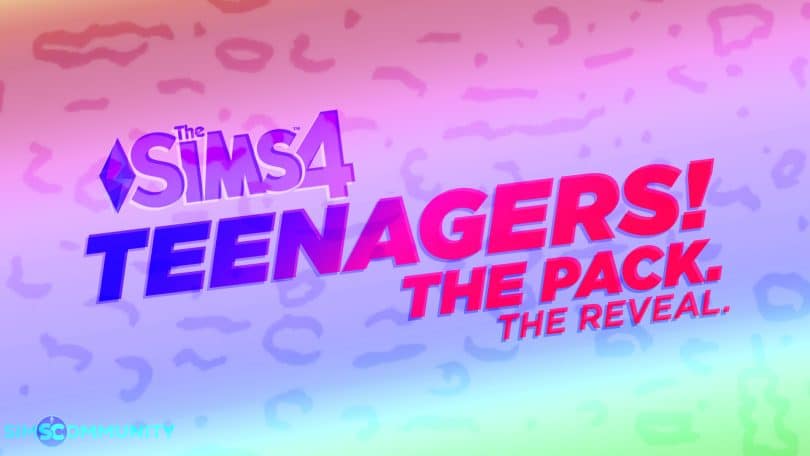 *It’s our placeholder name. But we can only guess what the official one is…

The Seasons come and go, and now’s the perfect time to unwind, relax and start your day right with a new announcement from The Sims Team!

That’s right – we are finally getting an Expansion Pack announcement after 6 months! There’s lots of love and critics (and articles) to write out for the Werewolves Game Pack that we haven’t had the time! We apologize, but we are all almost rested up and ready to start coverage starting next week!

Until then, let’s prioritize things. The announcement of the next Expansion Pack is happening in just a few short hours, and we will keep you updated every step of the way.

It’s been leaked by EA that the upcoming Expansion Pack could be titled “High School”. Yesterday in the official teaser it was also heavily hinted that the Pack is related to Teenagers, so it’s basically confirmed!

The full reveal of The Sims 4’s Next Expansion Pack is slated for 8AM Pacific Time / 5PM CET / 4PM BT. We’ve included a handy countdown to the exact moment of the Pack’s reveal, and we’ll keep you posted on all things right after the announcement on Sims Community!

The trailer premiere has been linked down below and will be ready to roll out right after the countdown turns zero!

Are you hyped for the new Expansion Pack? Join our Live Discussion down below!