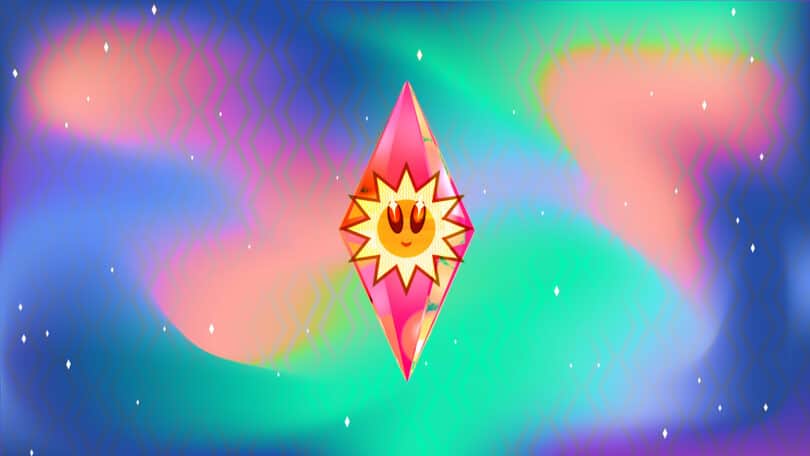 Yup, the new Plumbob has a code name.

A few days ago The Sims Team went on a roll with new announcements and surprising news. First we got the big news that The Sims 4 Base Game is going permanently free next month. The news were then followed with an announcement that Desert Luxe kit for The Sims 4 will be free of charge until October 17th. If you haven’t claimed your free copy yet here’s a full tutorial on how to do so!

However, the announcements didn’t just stop there. The next announcement was The Sims Summit, a special Livestream Event held by The Sims Team that promises to bring big The Sims Announcement.

With the announcement of The Sims Summit also came a new blog post which features the new translucent Plumbob.

Spanish website for The Sims PekeSims was able to uncover a secret code name behind the Plumbob.

The code name could mean plenty of different things. A few months ago we reported that The Sims 5 is likely codenamed “Project Lotus”. The news came from one of the employees who worked on both The Sims 4 and Project Lotus.

Maxis (the esteemed maker of The Sims) is hiring! We have multiple positions open with both our Sims4 team as well as the top secret “Project Lotus”…

In case you don’t know, The Sims 4 itself had a codename for a while. Actually, two code names: Project Olympus and Project Icarus. Both were active during the game’s early production days when it was still developed as a Multiplayer game.

The Plumbob code name Project Sunrise could be related to the rumored Sims 5 announcement expected next month during The Sims Summit.

…or, it could mean an entirely different thing. It’s just a refurbished Plumbob after all…right?