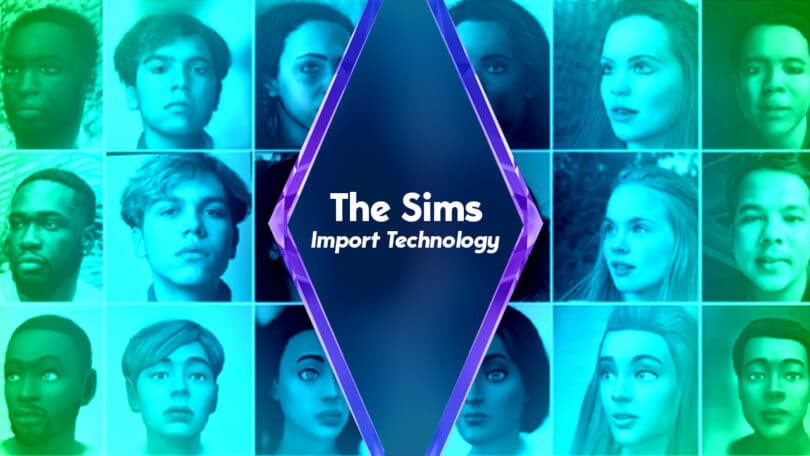 In the midst of The Sims 5 rumors, EA has further gone through development and prototyping for an innovative new feature.

Last year we reported on the news about EA and Maxis ramping up the development of an innovative new feature. The face scanning technology for The Sims.

As proposed in the first series of patents released to the public, EA wants to allow players to create their Sims Characters by simply scanning photos of actual people. This would allow an instant character creation and near-perfect resemblance between the scanned photo and a Sim.

The news about the development of new technology for The Sims were followed with another patent report a few moments later.

The new patent talks about groundbreaking technology that would allow players to import animations, clothing and patterns from their phones onto The Sims. This includes Sims AND their Pets.

The patents above propose features such as Creating Pets that resemble real life ones, down to the fur. For Sims, there are more customization options for clothing and patterns, as well as your own Animations that have been generated through the camera that you’d be able to use in many situations within the game.

Today, there is a new report as tipped by our follower @DancerChip.

The new public patent submitted by EA software engineers and researchers shows the new face-scanning feature along with picture samples.

Compared to what surfaced last year through public patents, the newest patent from August 2022 goes more in-depth with better analysis, explanation, and further development of the Face Import Feature.

There’s a lot of technical stuff being explained by Igor Borovikov, AI Scientist at EA, along with other Software Engineers and AI Developers.

Interestingly enough, the patent also proposed a possibility of being able to import your own face textures onto a Sim character.

However, the authors of this patent explained that there are certain obstacles that still have to be considered for this type of feature. For example, how will the image face texture act on different lightning.

As explained in the patent, there is still some work to be done and ways on how to create characters for this Sims game.

I don’t want to be the one who further explains this patent as it’s mostly technical and talks about possibilities, options and yeah…math. If you want to look it for yourself, it’s public!

Not to worry though, it was confirmed in April this year that Maxis has plans to both further develop The Sims 4 for many years to come while they work on the next generation Sims Game.

What are your thoughts on the recent news? Let us know in the conversation below!