Back in July we had the announcement that The Sims 4 would be hitting Xbox One and PlayStation 4 in Novemember 2017. Firstly I took a look back at the console games that were a part of The Sims 1 era. Today however we will be taking a look at some of the console games in The Sims 2 era. 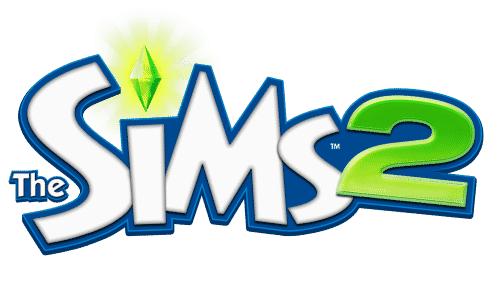 The Sims 2 was released on PlayStation 2 back in October 2005 and much like The Sims PlayStation 2 release it was fairly similar.

The game included a story and similar gameplay features to what we had seen previously and you had a number of objectives to complete as well. Instead of being career based objectives this time they were more focused around the Sim’s aspirationg instead. The Sims 2 also allowed you to directly control your Sims instead of the traditional point in click.

As well in the game you had twelve different locations that your Sims could travel to which span accross Strangetown, Melbourne and Pleasantview but to be able to visit the different locations you would need to complete golden wants which were pretty much special missions.

Now I musn’t forget about the handheld versions! The Sims 2 was released on Nintendo DS, GameBoy Advance and PSP. All were released between the end of 2005 and early 2006. The three editions all were unique in their own way but all were based in Strangetown.

The Game Boy Advance version of the game featured similar gameplay and features to that of The Sims Bustin’ Out and The Urbz: Sims in the City. This time your Sim finds themself in Strangetown but is unaware that they are being filmed as part of a television show.  There is a total of 12 episodes in the series but inbetween are plenty of mini games for you to play as well as being able to explore and socialize with other Sims.

The Sims 2 was the first for the franchise to appear on the PlayStation Portable console. Unlike the Game Boy Advance version of The Sims 2 the PSP edition was based more on the Windows version of the game. It featured both minigames and missions which has not been seen in any other Sims game.  The game featured a combination of the control styles from both the Nintendo DS and Game Boy Advance

If you were lucky enough to own a PS Vita up until 2014 you could download the PSP edition for the PS Vita and play as well. Sadly it was removed from the store as EA stopped supporting the game. However if you did manage to download it you are still able to play the game now!

Of course we can’t forget the Nintendo DS version of the game. Much like the other handheld versions the game featured different tasks that needed to be completed. The main aim was to improve the hotel, completing the relevant goals which could be set by the game or by hotel guests and also keeping the hotel it’s self clean.

The Nintendo DS version of the game was also the first that had real time events. This meant that rooms actually took eight hours to build and that Sims would only check out on specific days/times. Just be careful not to change the time on your DS or you’ll find a fair few aliens appearing in your game. That isn’t all that the Nintendo DS version has instore for players. The game has plenty more surprises packed in.

The Sims 2 Mobile was the first of the Sims franchise to appear on mobile devices which was released in May 2006.. The game was a very limited in regards to actions and gameplay and was the first game to feature only adult Sims as well. The game was disconituned after the released of The Sims 3. 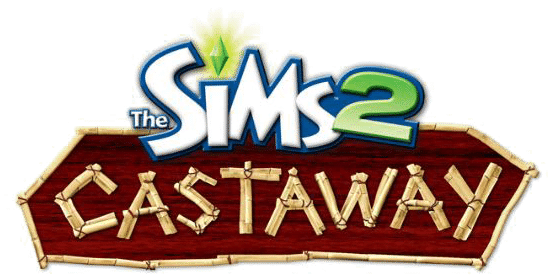 Your adventure starts on a boat named the Simplicity and your Sim is part of a crew that you create. Next thing you know you find your self in a place called First Beach on Shipwreck Island. From their you will discover two more islands but before getting there you have to complete various tasks found in books including building a raft to progress to the next island. On the third and final island you discover a forgotten tribe of Sims.

Sadly I couldn’t find a good quality video of The Sims 2 Castaway Trailer but I did how ever find a short video from EA titled the Chicken Song!

Much like the Nintendo Wii, PlayStation 2 & PlayStation Portable version of the game your adventure again starts off on a boat before ending up on a remote island.  You meet four other castaway Sims, explore islands, play minigames and complete the various tasks that are required to find your way back home.

The Sims 2 Castaway also featured many new items that had never been seen in The Sims franchise before. These included build and buy mode objects, Create-A-Sim items and recipies that you can discover throughout the game.

That’s it for this article. The next post in this series will look at the console games from The Sims 2 Pets era! Let us know in the comments below or on Twitter if you played any of these games and what some of your best memories are from the games. Also let us know what you think about the upcoming release of The Sims 4 on console too!