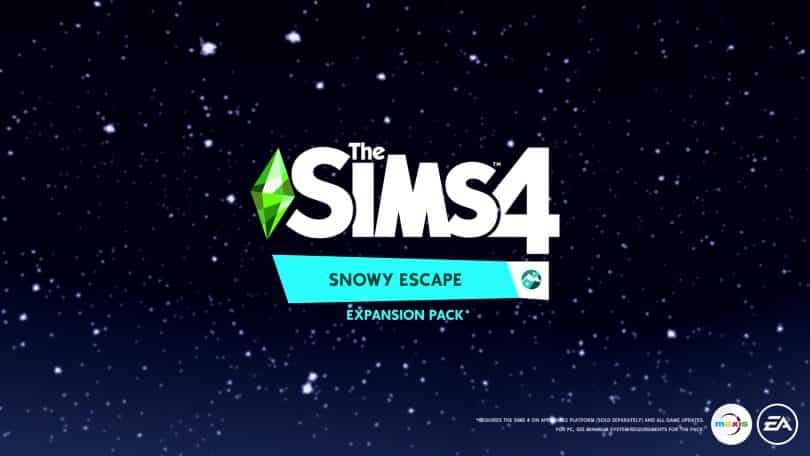 Following the release of the reveal trailer for The Sims 4 Snowy Escape, some players from South Korea raised concerns about problematic and culturally insensitive imagery featured in the trailer. The trailer appeared to depict Sims bowing at a shrine and the pattern of a sunburst on some items of clothing.

South Korean players pointed out that these images are a painful reminder of historical events during WWII that are still deeply felt today.

Today, @SimGuruGraham took to Twitter to assure players that in light of this knowledge, they have edited the reveal trailer and removed the offensive material from the expansion. Sims will no longer bow at the shrines and depictions of the rising sun pattern have been removed.

Hi, Simmers! We modified the reveal trailer for The Sims 4 Snowy Escape and have made changes to the pack to respect our Korean players. I want you to know that those changes will be in-game when Snowy Escape launches.

We aim to be inclusive. We involve others both within and outside of our team, and we listen to them as representatives of the cultures that we draw inspiration from. We’re unwavering in our commitment to representing more of our player’s lives in an authentic and respectful way.

For players outside of East Asia who may not be familiar with the negative cultural and historical impact of these in-game depictions, please see our previous article on this subject, South Korean Players Raise Concern Over Insensitive Imagery in The Sims 4 Snowy Escape.

Sims Community would like to remind its readers that comments on this and all our articles are being moderated and we reserve the right to remove any comments that are abusive or otherwise disrespectful. Thank you.