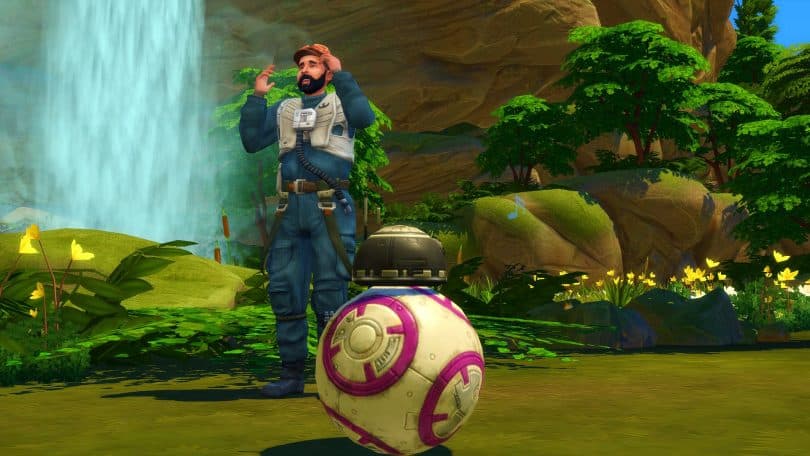 When The Sims 4 Star Wars: Journey to Batuu Game Pack was revealed back in August 2020, the announcement was met with some very mixed reviews throughout the community. I’ll admit, even I was somewhat confused and sceptical about the collaboration and the reveal. Fast-forward to the Game Pack’s release and like many other players, I played through the pack and the story. However, I’ve not really touched the pack since.

While I’ve been trying to change up my gameplay recently, I’ve been doing my best to explore features and packs I haven’t used for a while. The Sims 4 Star Wars: Journey to Batuu is one of these.

Prior to jumping back into The Sims 4 Journey to Batuu, my own opinion of the pack was that I neither loved it nor hated it. It was just another Game Pack in my collection. It was there if I wanted to use it, be it for gameplay, building or creating Sims.

After choosing a household to play with, it was time to travel to Batuu. As I hadn’t chosen an Aspiration, both Bob and Eliza were automatically given the Hope VS Order Aspiration to complete. While I could change it, I decided to keep it and work through the various aspects of the aspiration. 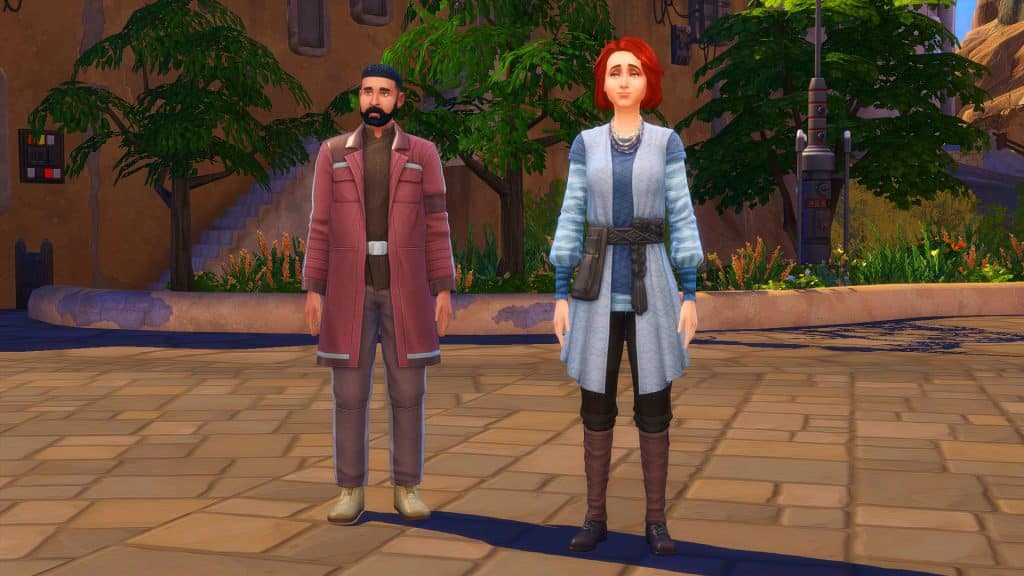 The home of the Millennium Falcon, Oga’s Cantina, Dok-Ondar’s Den of Antiquities and more. I set about having Bob and Eliza do a bit of sightseeing  and getting to know the locals before heading off to complete their Aspiration Milestones. 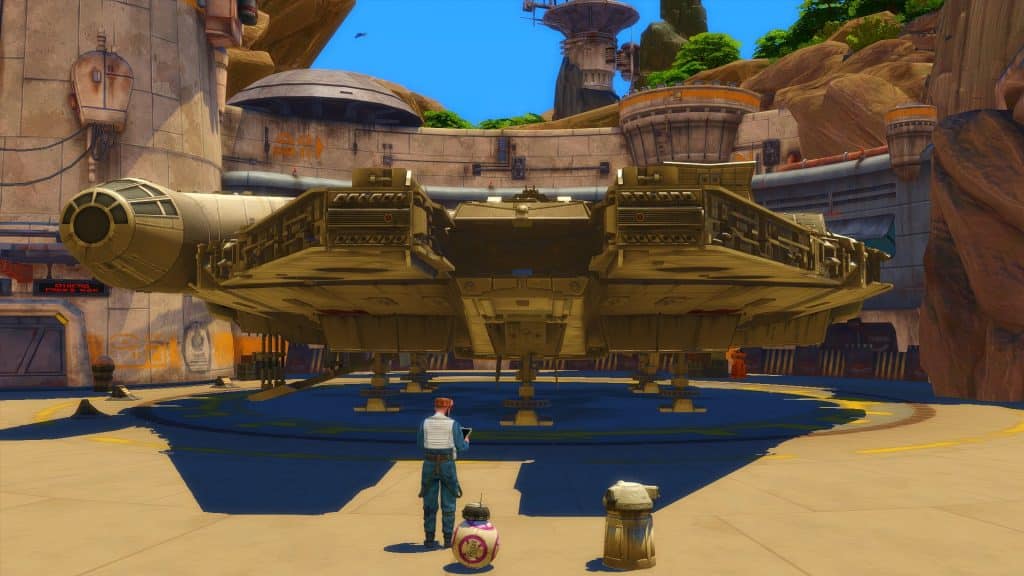 Hidden away amongst the forest and cliffs, you will find the Resistance Encampment. I didn’t really spend a lot of time here initially, as I just needed to visit the area to complete a couple of the Aspiration Milestones.

I do have to say that the camp looks gorgeous at night though! 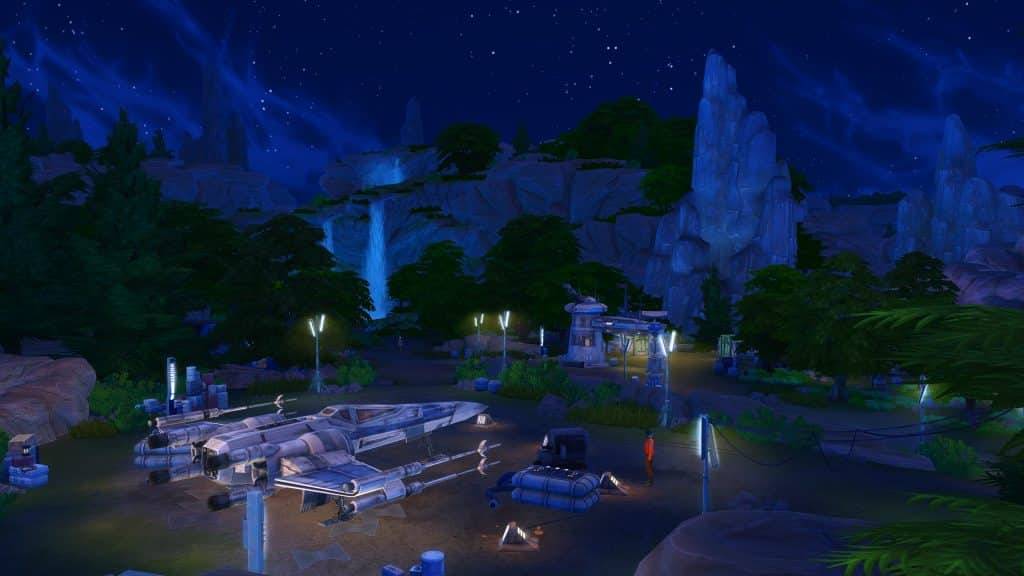 Things got a little interesting for the Pancakes when they visited the First Order District. While Bob decided to be sneaky and hack some supply crates, Eliza somehow ended up be questioned by First Order officers. While I’m still unsure how that happened, as I wasn’t playing her character at the time, it did make me wonder what she did to get in trouble with the First Order. Luckily, she was okay and only a little dazed after a slight disagreement with a second Officer. 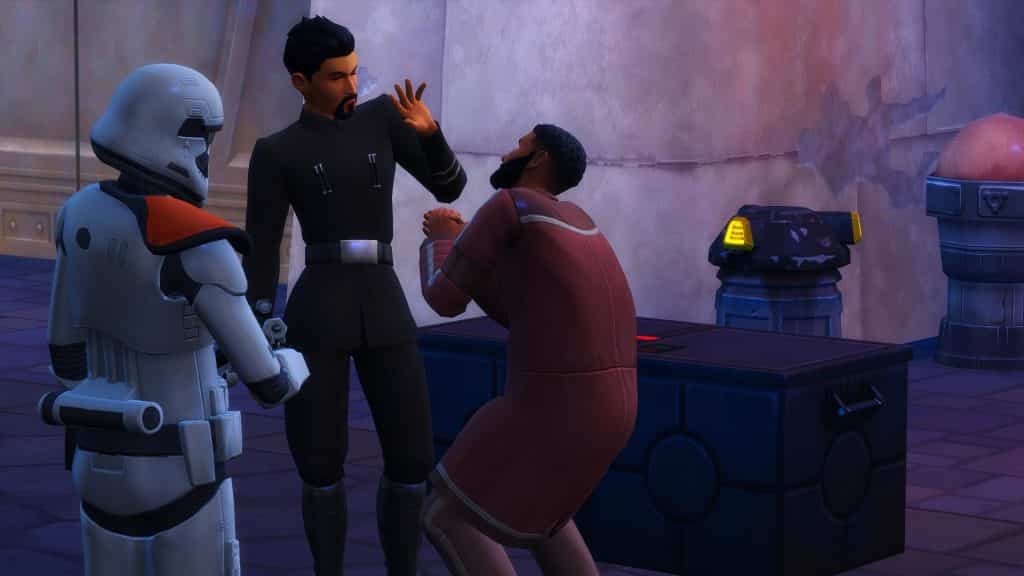 After exploring each of the different areas. I sent my Sims home before then returning a few Sim days later. While the first trip to Batuu was fascinating, I needed both Bob and Eliza to keep their day jobs for when they properly returned from Batuu.

The Second Visit to Batuu

This time I worked more on Bob and Eliza’s individual Aspirations, with Bob leaning more towards assisting the Resistance and Eliza helping the First Order. I spent a few hours making their way through the Milestones before completing both. While there were times I found myself getting frustrated with what was happening in game, eventually things were coming together.

Bob was enjoying his time hanging out in the Resistance Encampment and occasionally helping out on various missions. I also had him work on his Lightsaber training and even found a Droid friend to go on different adventures with Bob. 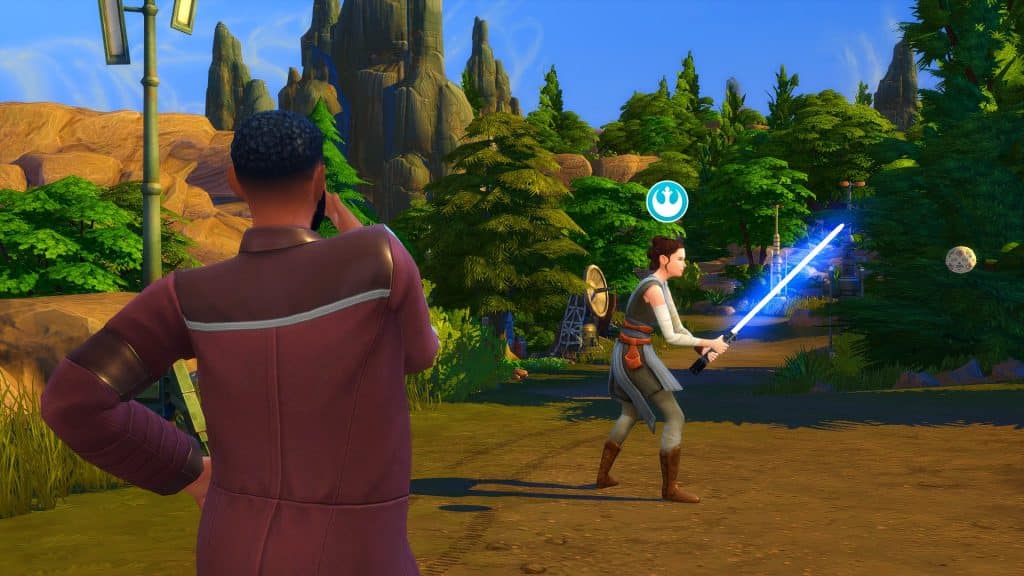 Eliza on the other hand was learning the ranks over at the First Order, getting to know her colleagues and even stopped to have a chat with Kylo Ren. She soon found that he was a man of very few words and that she needed to chose her words more carefully in future!

I think it is safe to say that I am still in the middle with the pack. Even though it has been fun revisiting The Sims 4 Star Wars: Journey to Batuu, it is probably one of those packs I will jump into every now and then for the gameplay side of things as well as occasionally using some of the Create A Sim options and the odd object or two from Build/Buy.

Do I think it was the right kind of release for The Sims 4? Again, I’m not too sure. Even though it has been over a year since the Game Pack launched, my original thoughts about the pack remain unchanged. I will say that it was  a pack that was unexpected in regard to the theme and out of the ordinary compared to other packs but on the other hand it was something different to explore. 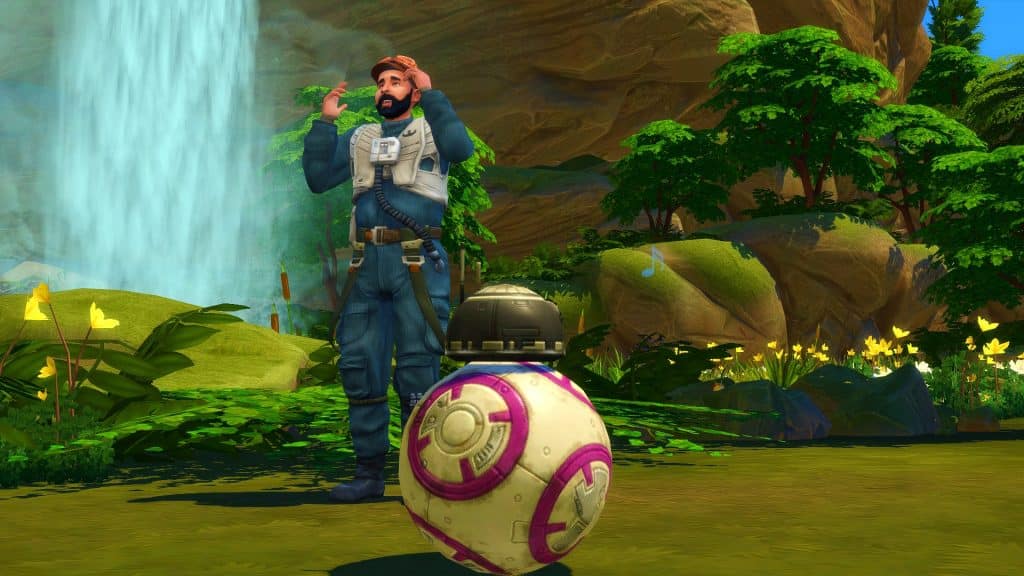 I do feel that The Sims 4 Star Wars: Journey to Batuu will always be a pack where you either love it or hate it. My own opinion about the pack may change over time depending on what other releases we see during however long is left of The Sims 4 era, but for now I will continue to sit in the middle with the pack.

Let us know what you think about The Sims 4 Star Wars: Journey to Batuu below in the comments and on social media!