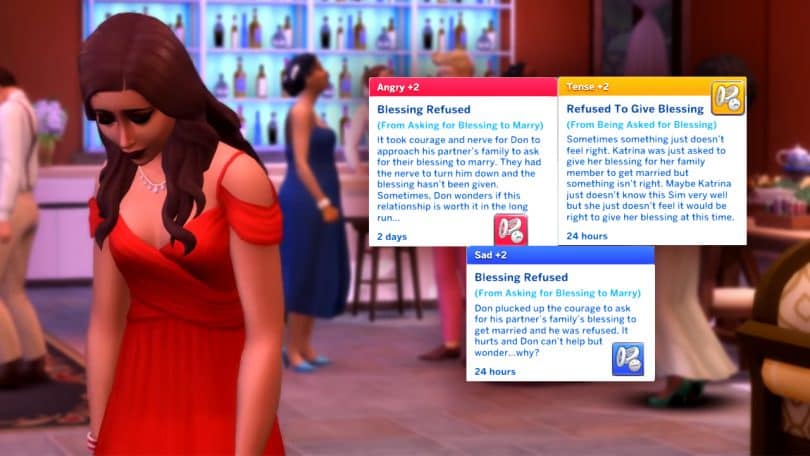 Yesterday we reported on the unfortunate fact that EA had disabled one of the cutest features for The Sims 4 My Wedding Stories –  letting your Pets walk down the aisle.

After analyzing the code features it’s apparent that the team had already developed a big stack of features and animations that allows for Dogs to be a part of your wedding. However, just like the rushed release of an unfinished, almost unfunctional release of My Wedding Stories, these features were also not completely finished. 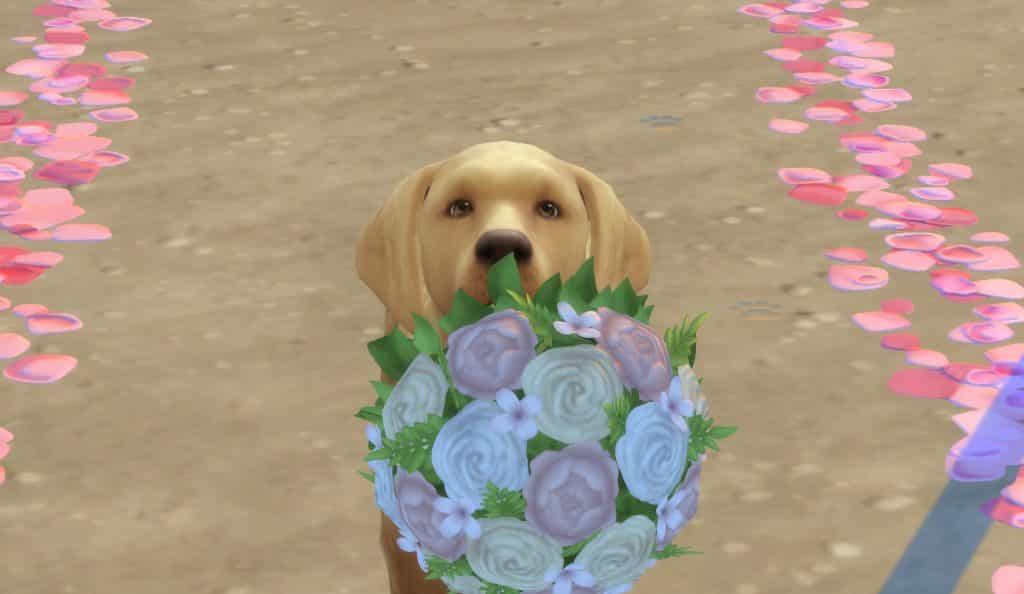 Modder @MissyHissySims who already got to work with creating new features for the Game Pack had made an interesting discovery in the Game Code. While working on adding proper reactions when asking for a Blessing in Marriage, they discovered a game icon in the game code:

Interesting fact for you: The icon I used was already in the game. It was also already called buffs_HappyBlessingToMarry So obviously the Devs planned to add a moodlet for this interaction but presumably didn’t have the time left? 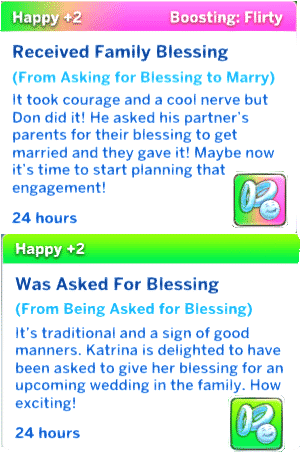 Interestingly enough The Sims 4 My Wedding Stories brings a feature that lets you ask family members for Marriage Blessing. However, there are no moodlet reactions tied to this social interactions. Sims perform it and that’s basically just it. No negative or positive moodlet outcomes.

The game code cleary shows that The Sims Team had intentions to give Sims proper reactions to each turnout of this interaction. The modder took a light of this situation and had started developing a mod which will add proper moodlet reactions and sentiments for each supposed outcome!

As I mentioned earlier, I’m throwing myself into my modding as a distraction today. So here’s the result so far!
I’m working on adding Moodlets and Sentiments (hopefully) to the interactions that don’t have them from My Wedding Stories!
So this is for the Ask Blessing To Marry💖 pic.twitter.com/RFNwgIpavu

And here are the not-so-happy moodlets! So there are two possible negative moodlets if your Sim is denied a bless (either sad or angry, depending on traits) and the Tense one if for the family member when they refuse. 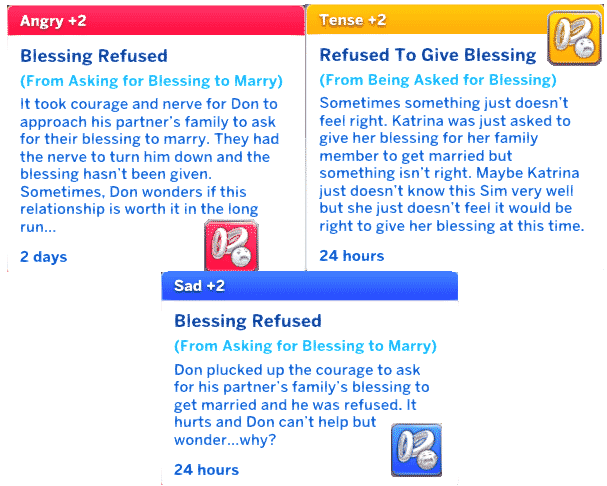 So now we have 3 clear indicators that My Wedding Stories was rushed by EA: