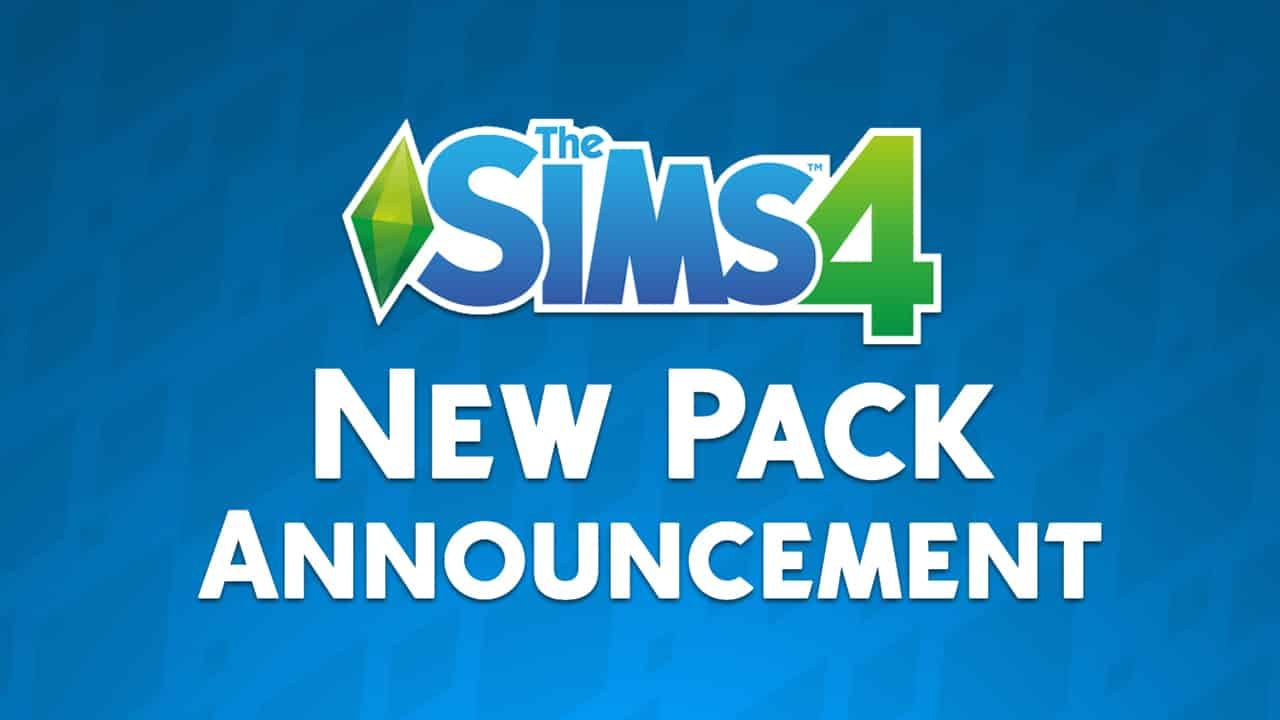 All the pieces have come together now: Voiceover Artists hyping up the upcoming CNN Special, the Free Content Update being revealed yesterday and the mysterious hype for a Special Announcement happening next week – it all makes sense.

Now, before I dive in, note that everything mentioned below is pure speculation and doesn’t include the official statement that a new pack announcement is happening this month. However, there’s more than enough evidence that we’ve gotten that prove the fact that a whole new pack for The Sims 4 is on our way and will be announced this month.

Voiceover Artists and the CNN Special

Scott Whyte and Krizia Bajos, one of the voice actors working on The Sims 4 have released multiple clips on their Instagram where they’re giving completely new voiceovers that haven’t been heard in The Sims 4 before. You can hear all the new Simlish content that they’ve posted in the clip below: 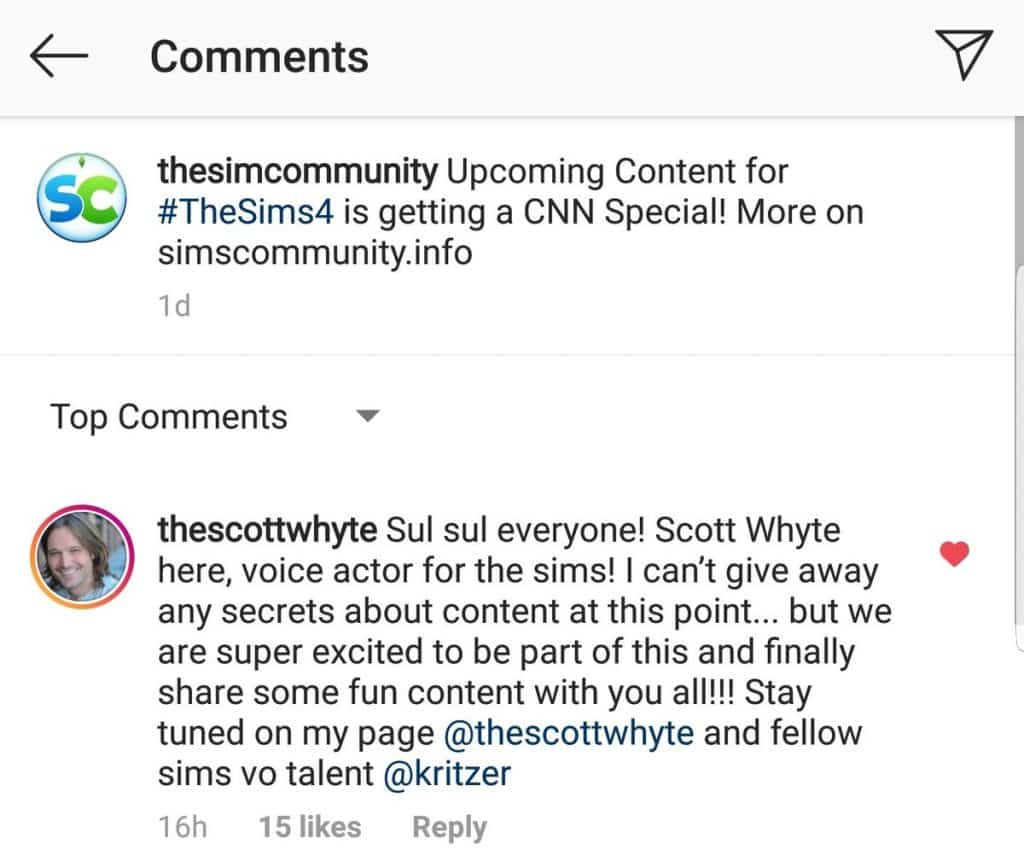 Now, this ties to the other segment of this article which is…

Yesterday The Sims Team has shown major content that’s been supposed to arrive in October but got delayed due to the content needing more polishing. What we’ve seen yesterday are the Terrain Tools and a Stylist Influencer Career which frankly doesn’t seem to require that much voice acting (or any at all).

Scott has been referring that what he’s showing is for a “New Game Patch” but it seems he’s actually referring to a new Sims 4 Pack. With the CNN Special airing in October it could very likely be that the special has been scheduled to air after the next Sims 4 Pack announcement. Considering that CNN’s camera crew were capturing not only the voice actors but the screen showing the new animations it could very likely be that, due to the pack being under embargo, CNN is waiting for The Sims Team’s approval to air the show after the pack announcement and promote the upcoming pack along the way. 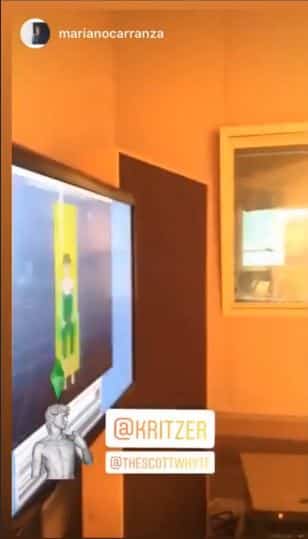 There’s another very interesting thing and that’s the fact that voiceovers for The Sims 4 Packs usually happen 2-3 months before the pack’s announcement. You can see the example of Krizia Bajos giving voiceovers on her Instagram Story Highlight (The Life of a Sim) for what seems to be The Sims 4 Seasons during March and April.

Another example is The Sims 4 Vampires Soundtrack being recorded 3 months before the game’s release.

During yesterday’s stream SimGuruKate has suggested that we should book a time on our calendar for a special announcement that’s happening next week across The Sims’ social channels. If there’s anything that The Sims Team has done wide across all social channels (Instagram, YouTube, Facebook, Twitter etc.) it’s a new pack announcement.

The last statement that proves that a new pack is being announced this month is SimGuruKate’s tweet which mentioned the fact that there’s going to be new paid content coming out this calendar year. If we look closer at all the previous times between the pack’s announcement and the pack’s actual release, there’s usually a period of 1 to 2 months for The Sims 4 Expansion Packs and a period of 2 to 4 weeks for The Sims 4 Game Packs.

Hello SimFam! Just a quick update that we will not be releasing a patch/update this month as we are focused on some really fun free stuff for October (assuming no last minute issues arise) and a future release for this calendar year. Stay tuned…

It’s inevitable that there’s going to be a new pack releasing this year. However, considering the amount of voice acting that has been done for the unreleased content it’s definitely not a Stuff Pack…

What do you think the next pack is all about? Let us know in the comments!